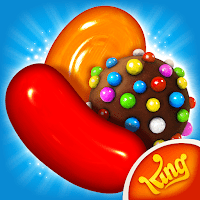 8959 Players Are Playing This Game! 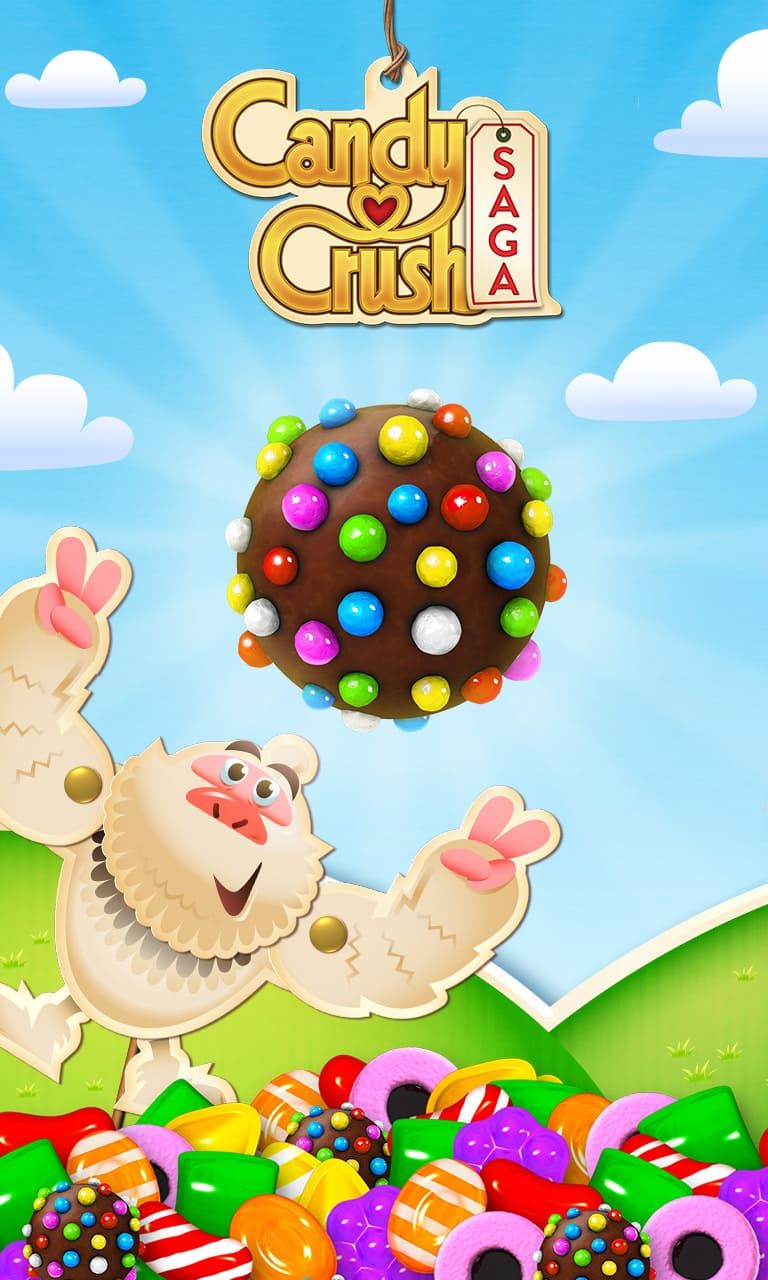 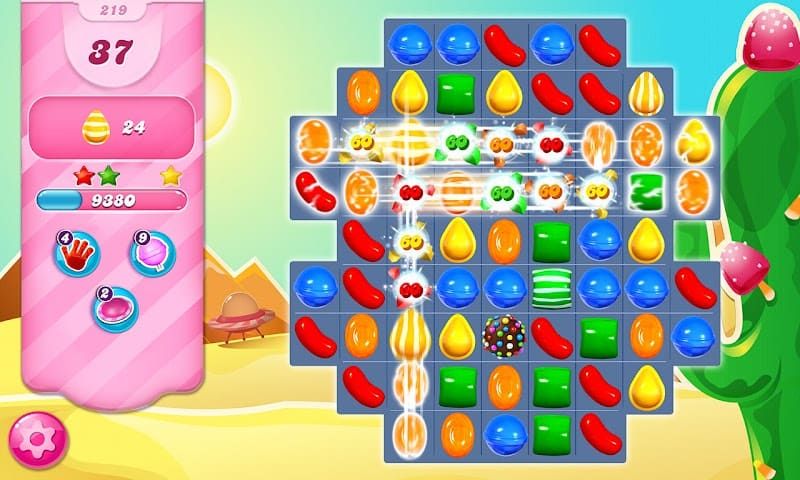 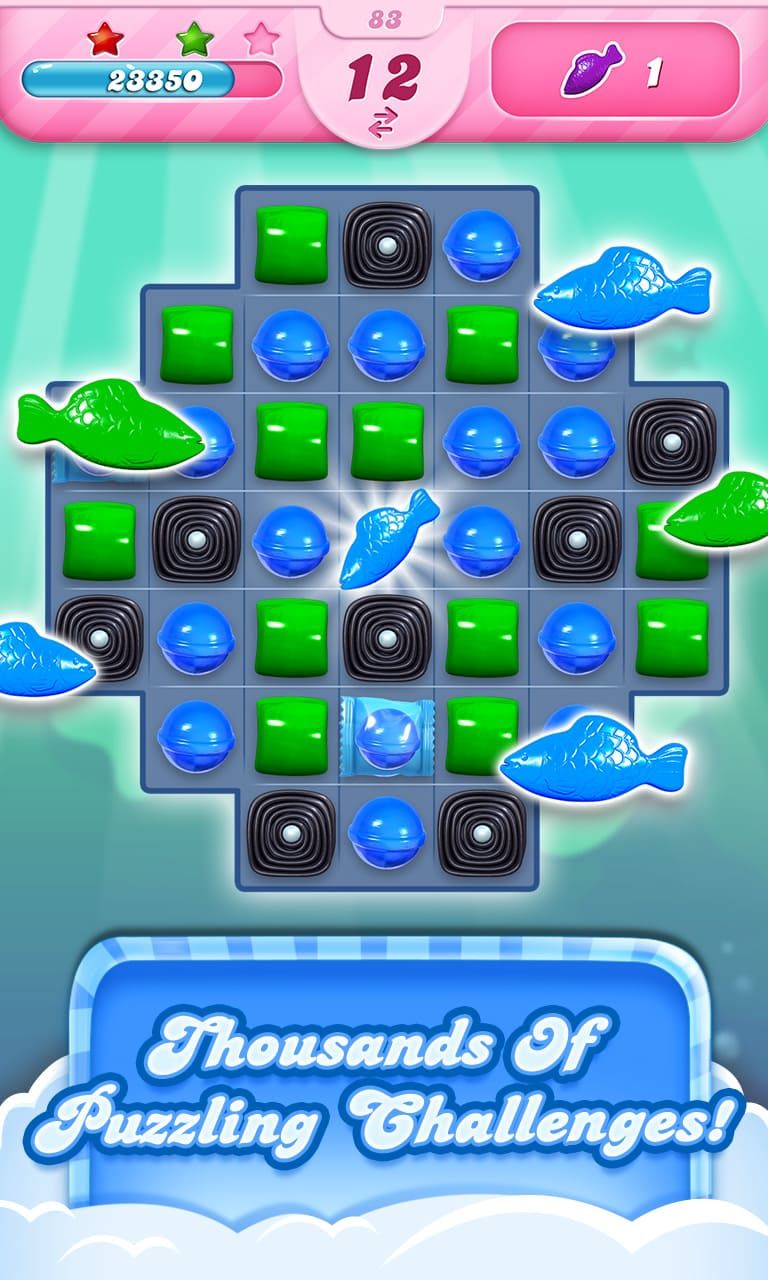 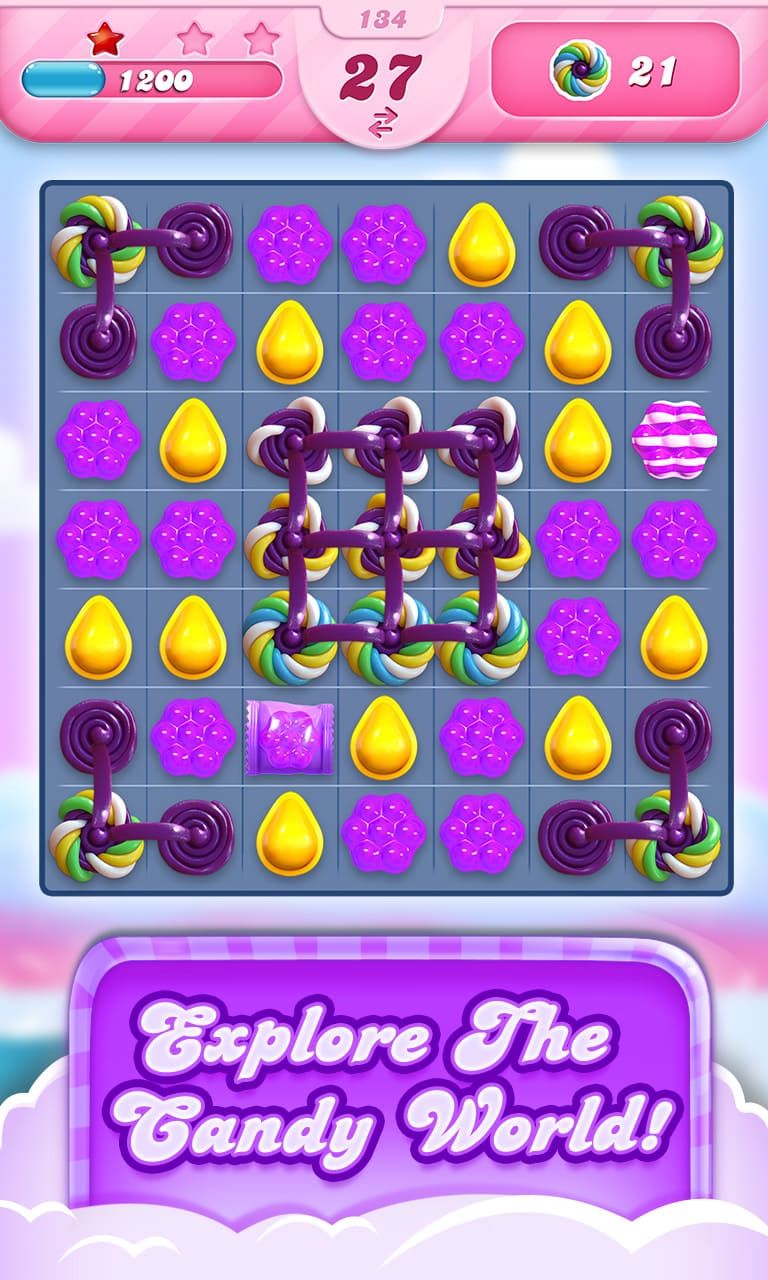 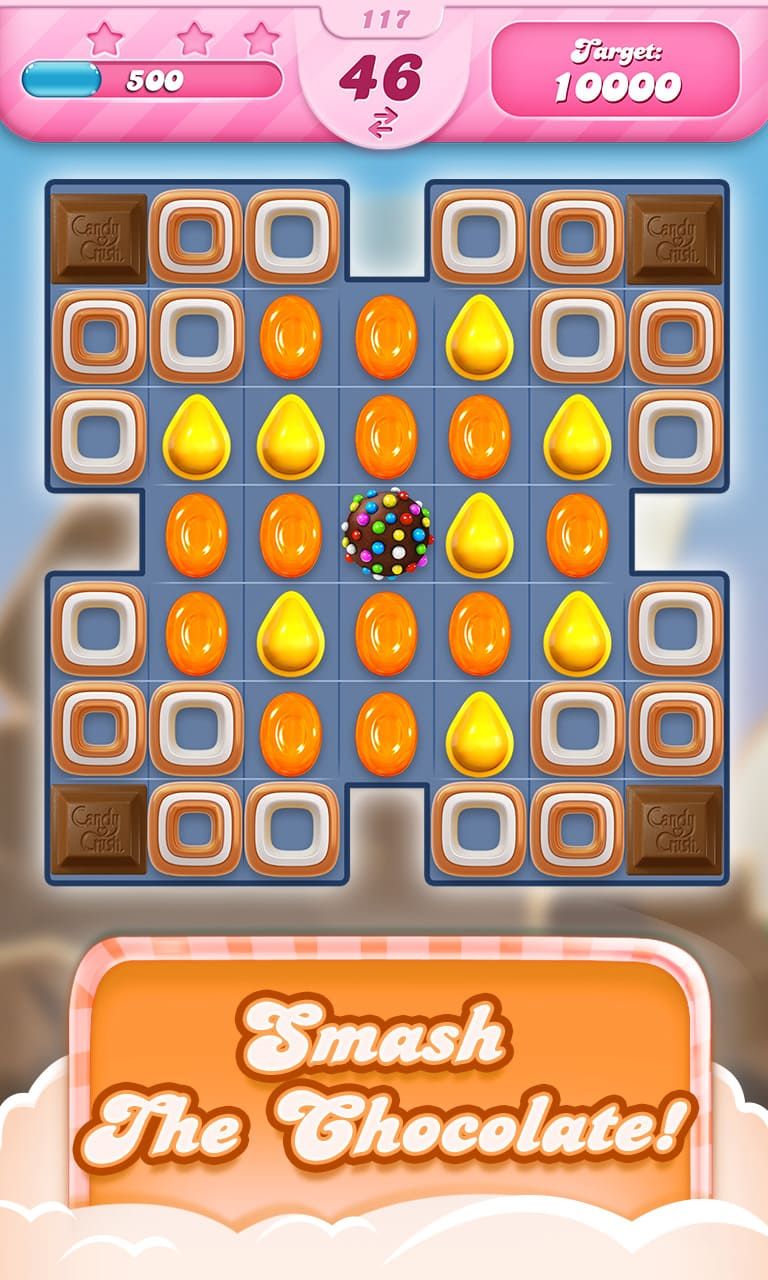 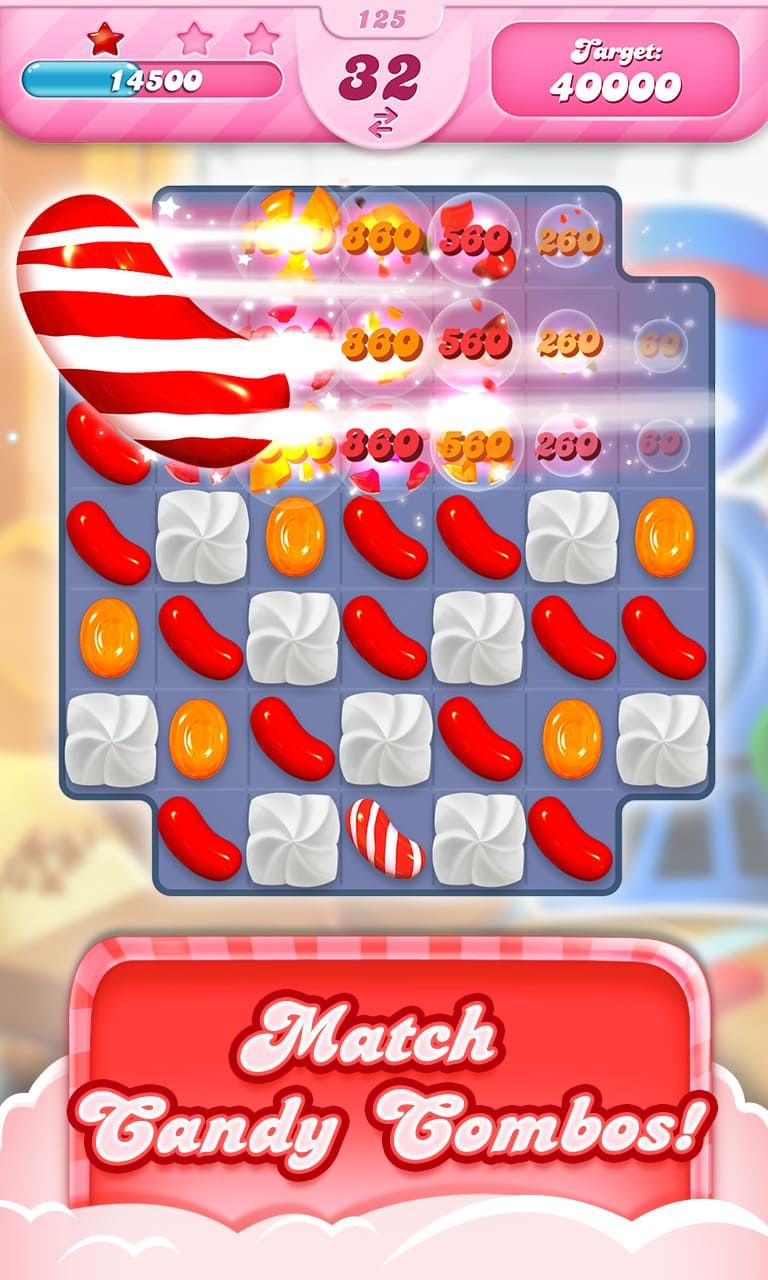 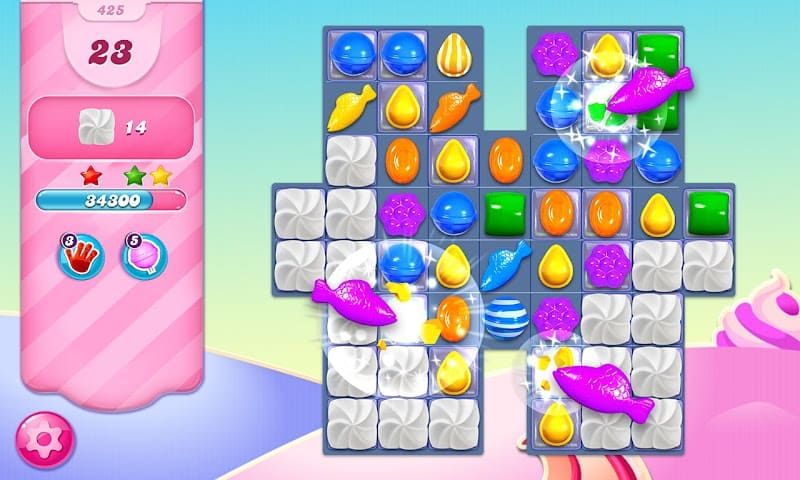 Candy Crush Saga is a match-three gem game developed by British online game company King Digital. It was first released on Facebook on April 12, 2012, and launched on mobile platforms in November.

1、The players must be in a limited number of times to reach the specified score to pass. If the score reaches or breaks the specified upper limit, it can achieve three stars. As the difficulty increases, there will be different transparent modes, such as Jelly explicit, break the ice, deliver fruit, limit points, etc. Start with the limited-score level, where a high score is achieved by eliminating the most sweets in the fewest number of moves and choosing to combine unique sweets first. Let the player experience the fun of competition in the process of the game

2、 When the player completes the level's goal, Sugar Crush is triggered, during which time all the unique sweets are triggered, and then the number of steps is converted into extra points and unique sweets, and the trigger continues. Lucky candy randomly turns into one of the striped candy packs and colored candy bombs when the number of steps changes， let the games more interesting.

3、Striped candy can be placed if there is not enough regular candy. The remaining steps are cleared, but no points are scored. Then there is the Jell-O level, which differs from the other levels in that the Super Sugar Crush is triggered when the player uses the last step to achieve the goal, creating a full-screen elimination similar to a party cake bomb. Remove the transparent Jelly under the candy. Remove the candy above the Jelly, and the Jelly will disappear. In later levels, the Jell-O gets thicker and thicker, and there are even frozen Jell-O, and you have to repeat the candy on top of the Jell-O more than twice to eliminate the Jell-O. Increases the difficulty of the game while maintaining the fun of the challenge

4、This type of level also has a move limit. In this type of level, it is recommended to eliminate the candy in and around the Jell-O area. Eliminating the Jell-O in the minimum number of steps will significantly increase the score. In this level, cherries or apples randomly appear on the board, and the candies must be removed one by one to move the fruit to the bottom. When planning how to eliminate candy and ship fruit, be aware that the maximum number of berries that can appear on the board simultaneously will vary from level to level. In this type of level, it is recommended that the candies in the eliminated fruit column be placed at the bottom of the center to help you complete the task.

5、Collect enough fruit to get through the checkpoint and take the cherries or chestnuts to the ingredient exit with the green arrow to collect them. Fruit can fall like candy, but it cannot be removed unless collected. The outlet can be at the bottom or suspended in mid-air. Some fruit may not appear directly above the outlet and need to be moved to the side with the candy exchange pairing. Sugar-coated fruit cannot be collected at certain levels. Do not let the fruit fall off the conveyor belt.

In total, the whole game interface is terrific and lovely, in line with the public aesthetic, suitable for people of any age to play. Interaction is general; The level is very smooth and has been updated to 10000 levels so far. There is particular consumption guidance; when consumers fail, the system will guide consumers to buy "gold bricks" to add moves. With the synchronization function, game progress can be switched on different platforms. As of March 2013, Candy Crush Saga has surpassed FarmVille 2 to become the most popular game on Facebook, with 456 million monthly players.