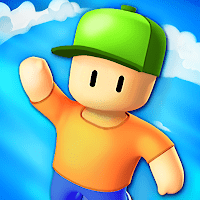 6766 Players Are Playing This Game! 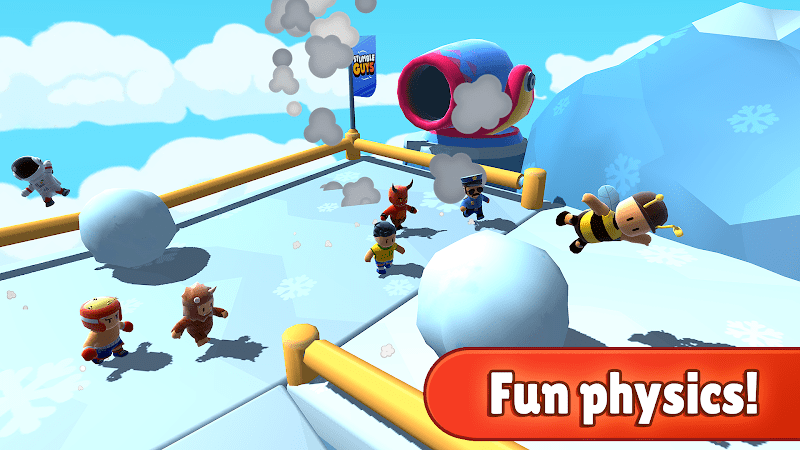 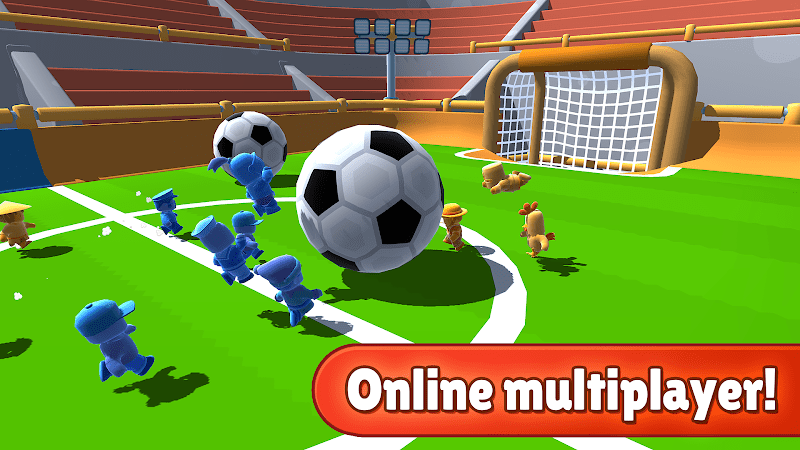 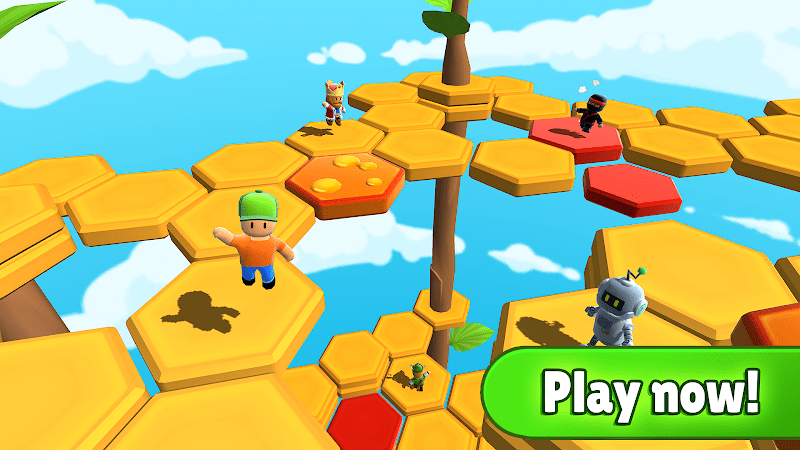 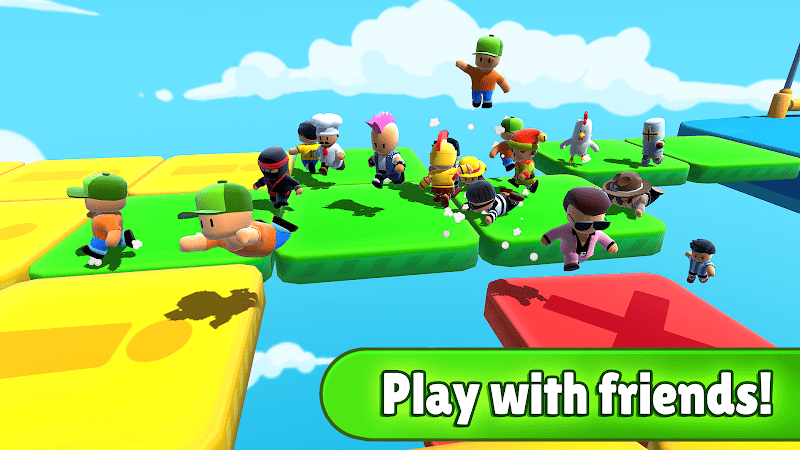 Stumble Guys is a free online multiplayer battle royale game. There will be only one winner of this massively multiplayer knockout action game. Players will compete online with up to 32 people in ever-increasing obstacles. Hundreds of millions of downloads and a large number of comments are there to prove the popularity of this game that has swept the world. This game is aimed at players over the age of 3 and has a large audience. So are you ready to be a stumble winner?

Rush through chaotic obstacle courses with up to 32 players online. Fierce competition and funny postures can be Players use a variety of poses, such as running, jumping, and dashing to the finish line. Only the last player wins the crown, other players will be knocked down by the obstacles in the game! The player's game ID is displayed on the player's head. Players will be disqualified if they are accidentally knocked down by a mallet, turntable, and other obstacles, and then fall off an obstacle above the highest altitude. A green pedal will appear under the character's left in each round, and then swing their bodies, implying that they have successfully entered the level. There are many fun physics such as ball, cuboid, and cylinder. Players can change their postures flexibly and then they can win the game. When the player successfully wins, the system will give the player a crown, and then the character representing the player will jump in place, which is very cute. Sometimes after obstacles block the player, the player will fall and run in place, which looks realistic. Rewards such as coins, and trophy

Good user experience and smooth UI interaction design help you get started quickly.  The icons for the Shop, Customize, Play, and Ranking is very cute and simple in design. Some levels are designed to be high in the sky, and players can even see large game facilities floating in the clouds. As the camera goes on, players can see the panorama of the arena. The characters are a group of cute little people, all made up of stick figures. They wear hats of different colors and shapes, and dresses of different colors. The little man is very agile, bouncing, very playful, and cute. The color of the game is very rich, whether it is the blue and purple bulletin board used for live broadcast or the yellow pedals under the feet of the characters left behind, and the red pedals after being eliminated. Various colors enrich the visual effect and provide enough information to players in the most concise way.

The best thing about this game is that players can design their character costumes. Players can change their gender, hairstyle, and clothing. Cops, cooks, doctors, and detectives can all be the player's own characters. There are also rare skins in a variety of colors to choose from, so this game is especially suitable for players who like to dress up. Much more creatives for your unlock!

The rhythm of the music will change with the actions of the cute characters, and the bouncing posture and dynamic jumping music are in harmony. Fingertip movement has also become fun and colorful. Accompanied by small characters, players will definitely experience the joy of playing games with everyone, and players can also enjoy the innocence of children in the game. Celebrate your victory with hot music!

Crazy gameplay, spirited competitors, and well-designed obstacles are prepared for you. Stumble but funny guys, are you in?