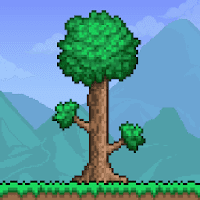 9561 Players Are Playing This Game! 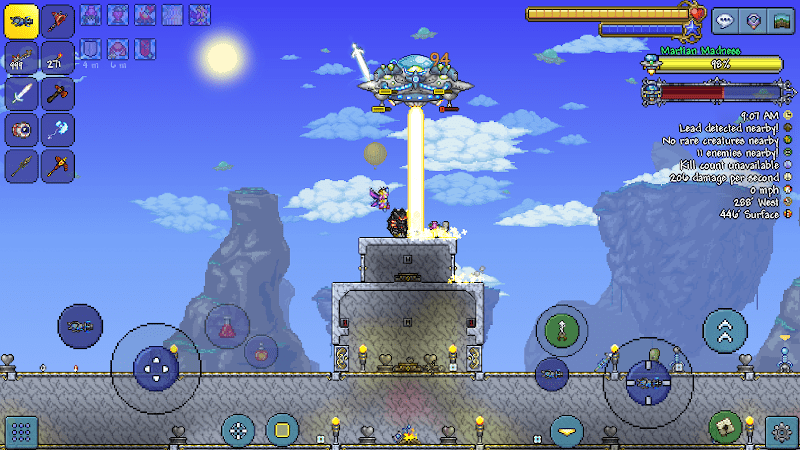 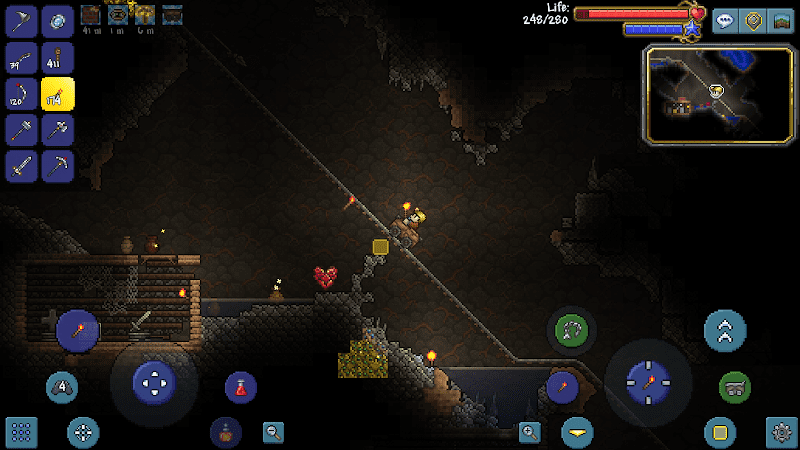 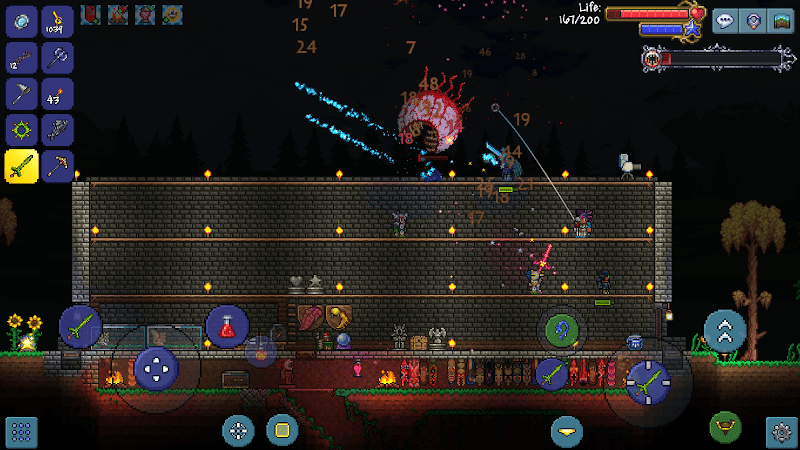 Do you like a sandbox? Or would you be excited if I told you that your favorite sandbox game used to be played only on Steam, but now you can play it on your phone? Maybe Steam players have figured out what game I’m talking about, yes, Terraria! As you’re all familiar with, it’s hit the big time. Terraria sandbox, developed by 505games SRL, is now available on mobile, making sandbox Games much easier and more fun to play.

The classic pixel-style dungeon adventure sandbox, Terraria mobile version of the game, allows players on the phone to start a new game adventure! In the game world, players will have a high degree of freedom in the sandbox world, space in the game level to fight, make weapons to defeat various enemies and tribes. Harvest more game resources, look for essential accessories and money to build the more powerful game weapons you want! Free gameplay, full of fun!

1. The game plays the method to have particular difficulty, needs specific operation ability. When you create a new world, an NPC (not a player-controlled character) is helpful to new players. He is called the guide. If you are not familiar with Terraria, talk to him, and he will advise you on different elements of the world depending on the stage of your game. Even if you’ve had enough experience with the game, it’s still a good idea to keep him around because he will show you all the recipes available when you give him a material item. He is also needed to push the game forward, as he must summon the wall of flesh and blood late in the game.

2. At the beginning of the game, your goal during the day should probably be to find some better basics from your surroundings and build a small house for the night. So, remember what I’m going to say next, the first thing you need to do is cut down a few trees because you need wood for many things, and then build a workbench from there to make a wooden sword or a wooden bow. Next, you should explore your surroundings.

3. There are usually treasure chests and jars near your point of birth. These typically contain useful weapons, potions, materials, and other weapons. If you’re lucky enough to get a 9% chance per crate, you’ll find that the spear, is one of the best starting weapons, especially against zombies, who are currently the most significant threat.

4. I found Terraria is a high degree of a freedom sandbox game in my testing process. The graphics are lovely and interactive. There are many things players can do in the game, like build weapons to defeat various enemies and communities; dig underground to find accessories, money, and other valuable items; and collect wood, stone, ore, and other resources. Use everything in the world to create what you need and protect it.

5. The entire game world is destructible, and after breaking down some obstacles, resources such as stone, wood, iron ore, or other equipment can be found, of course, as you go deeper and deeper and meet all kinds of monsters. The main task of the game is to allow players to use all kinds of resources to create their ideas of all kinds of strange things, and the whole world is full of exploration motivation.

In Terraria, the game allows players to explore and create unique experiences; the main task is to use the various resources to develop their ideas of all kinds of strange things, giving the player much incentive to explore. Life on the ground alternates between day and night. In the morning, players can run around and build shelters; when night falls, zombies and eyeborgs appear, either killing them or running away. This is a significant and uncertain world; numerous BOSS in the periphery covets each adventurer. From the ends of the earth, you can play online games with your friends to explore the deepest reaches of the universe and the edges of islands.

All in all, it’s a perfect game to buy, and Yes, you heard right, you have to pay to play it. The price is $4.99, but I don’t think you’ll regret it. It’s worth buying. All the content and prices are well balanced, and there are many things players can do in the game: make weapons to defeat various enemies and groups; DIG underground to find equipment parts, money, and other valuable items; gather wood, stone, ore and other resources; use everything in the world to create what you need and protect it!

The overall background music of the game is outstanding to listen to, excellent audio-visual performance. Very suitable for the environment of BGM, natural and comfortable control feel, featured enemy design, a variety of weapons, quality of Life will allow players to experience the game to a great extent.