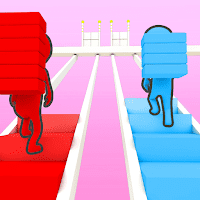 2821 Players Are Playing This Game! 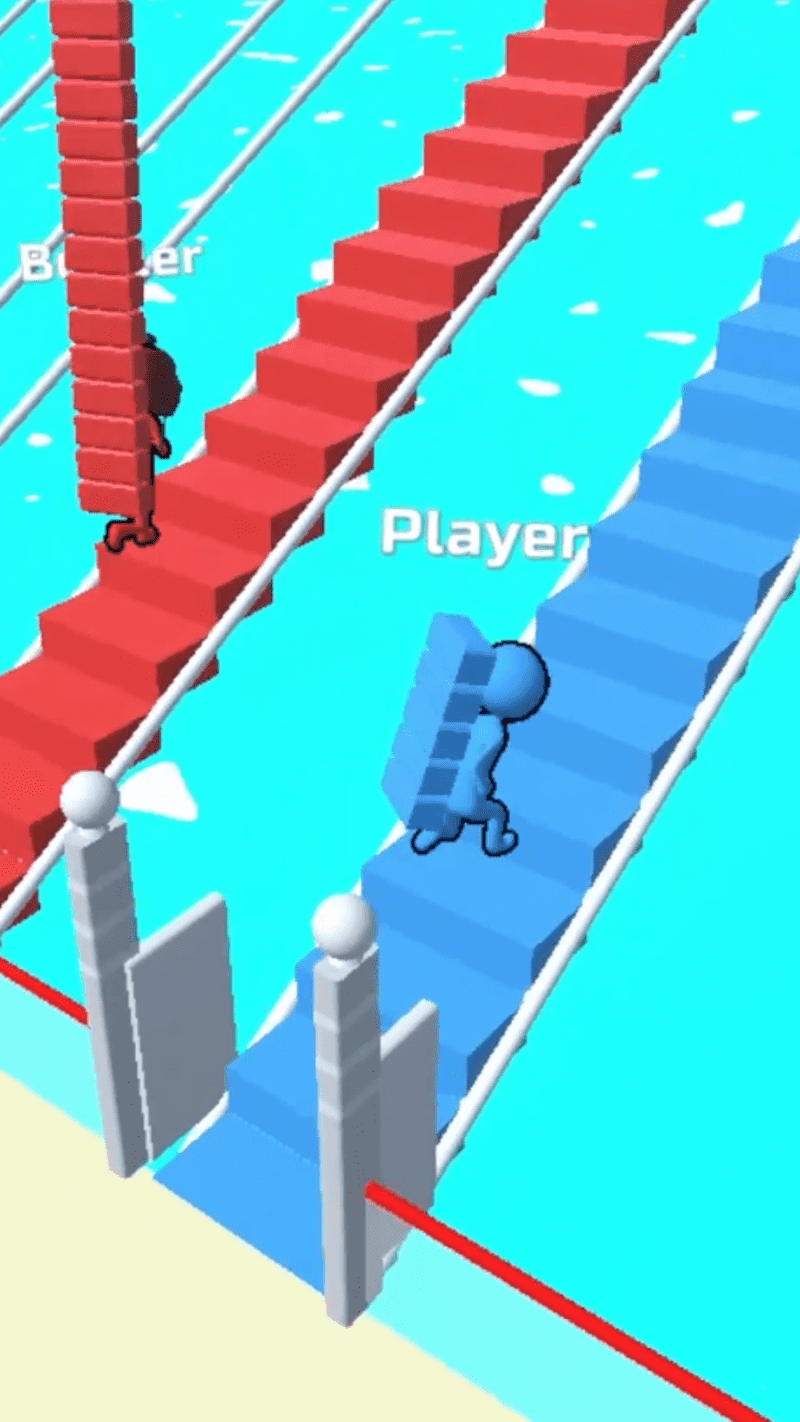 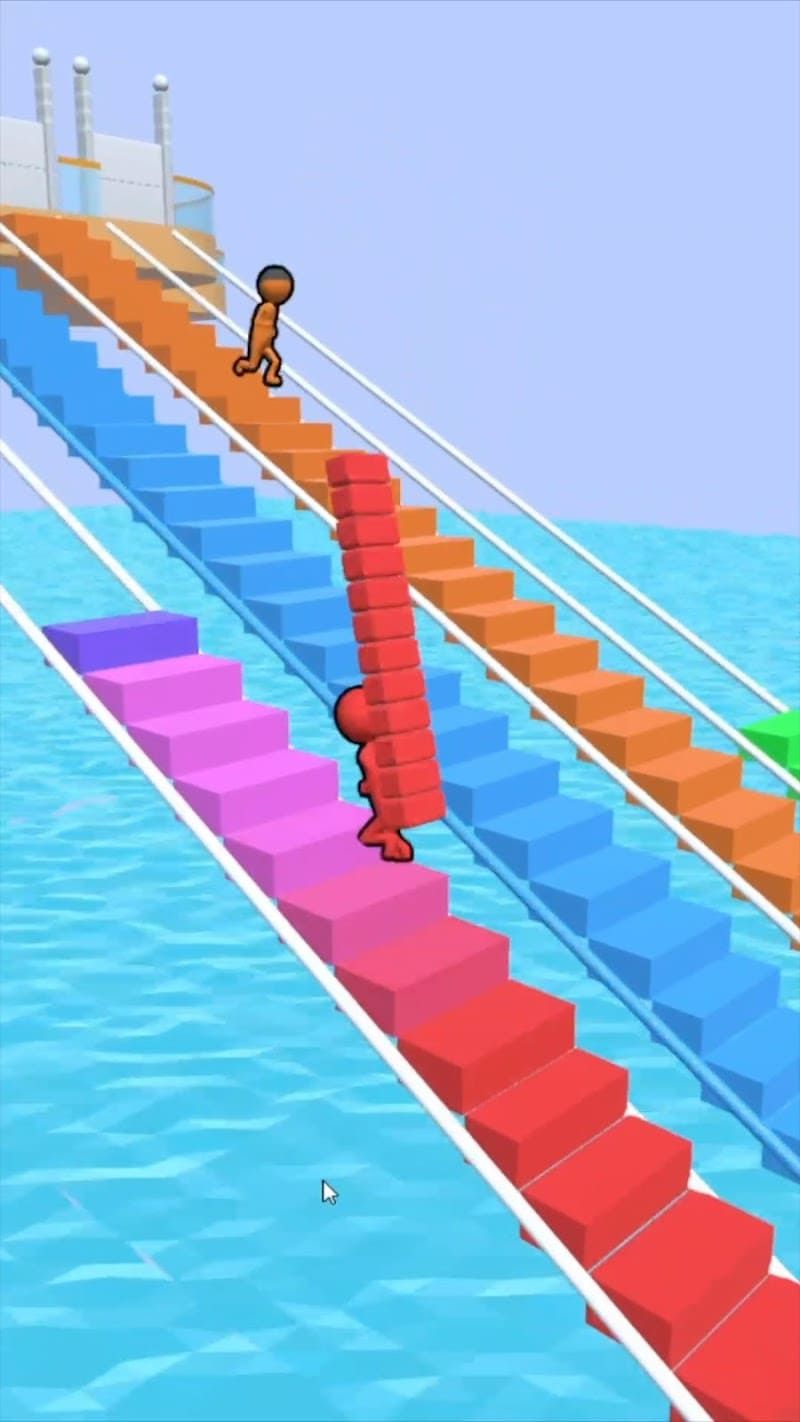 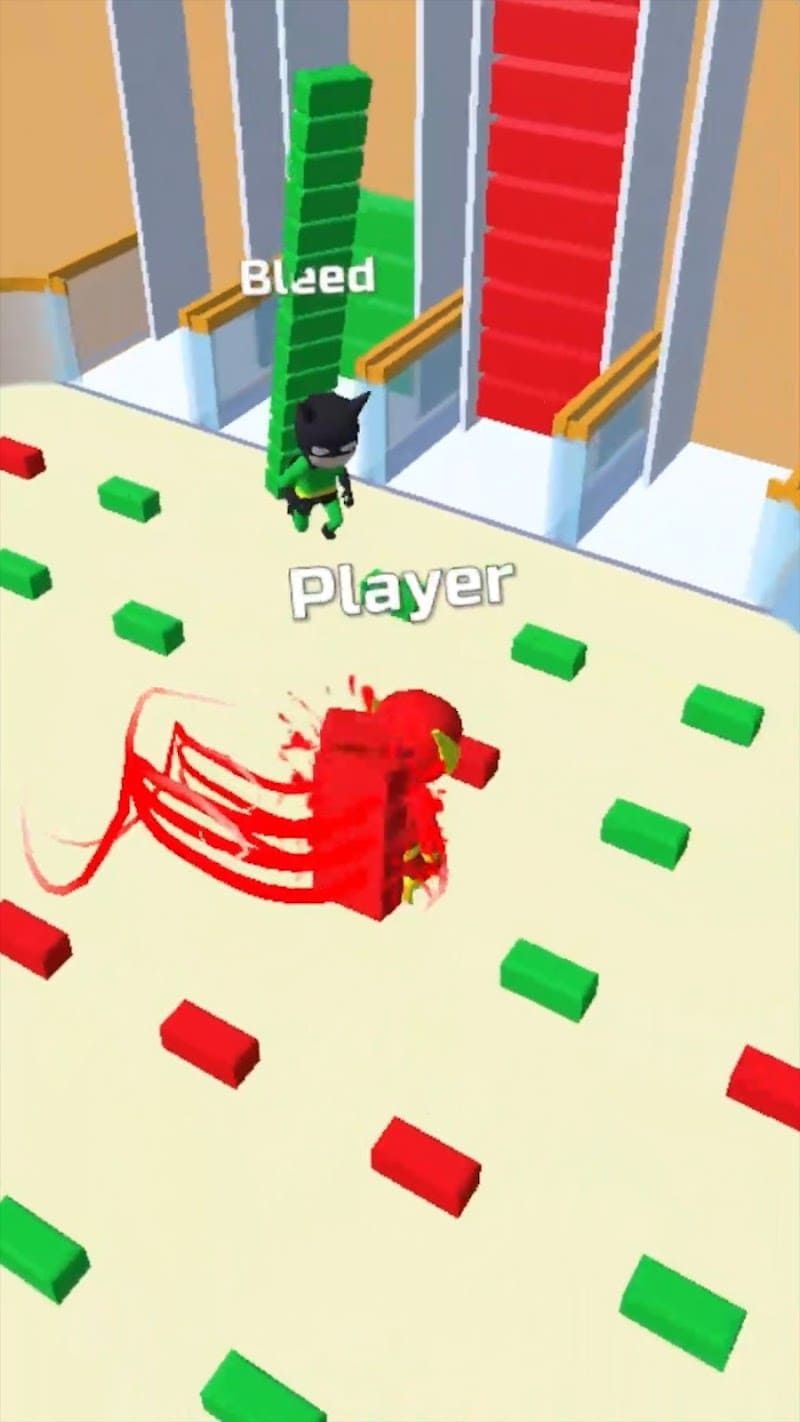 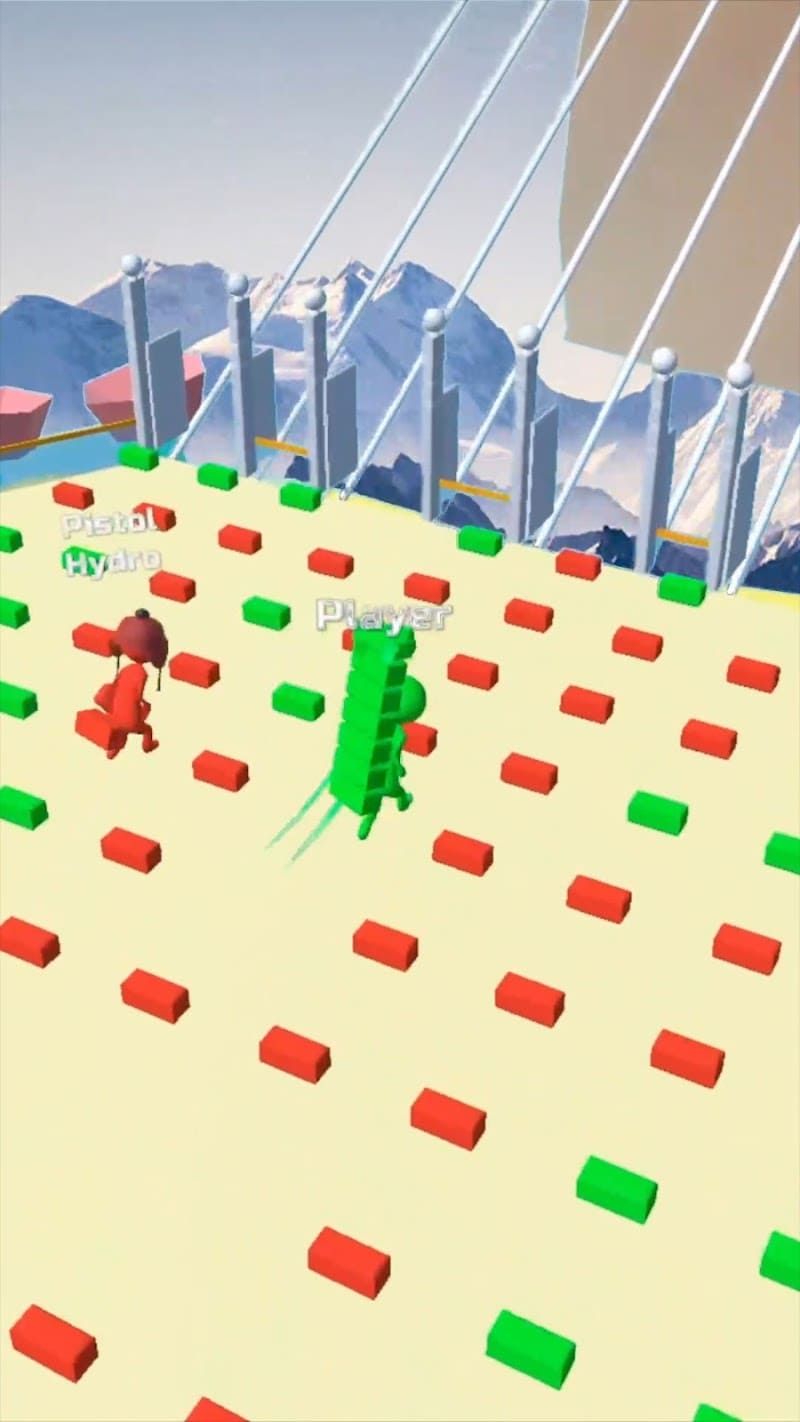 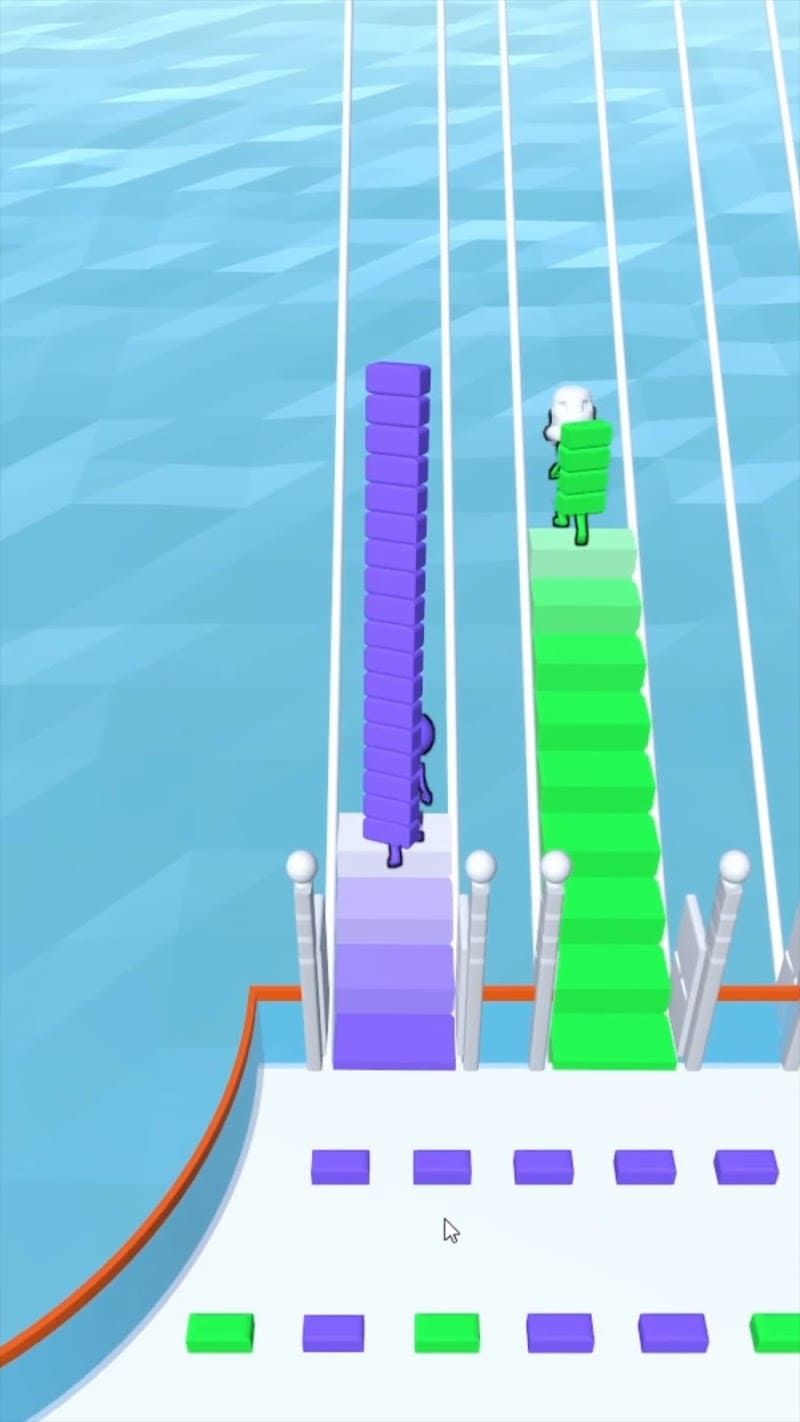 It is a fun, casual but rather competitive free mobile game based on building simple bridges.

1. The most important factor in the game is speed! You need to collect as many blocks as possible and as quickly as possible to build more bridges to reach the destination. The setting of triple levels requires players to pass three identical levels in a row and survive the increasingly fierce competition in order to win the game.

2. Fighting against other players and you can be the top 1 after struggling. Players wear matches of different colors in the game, collect bricks with the same skin color as their own in the wild, and lay them on the bridge to build their own bridge. In order to enhance the entertainment of the game, the number of bridges that can be built for each level is less than the number of players participating in the game, which means that each level player needs to build a bridge of his own color under a level.

The bridge frame is limited, and fierce competition also comes from it.

The gameplay of "Bridge" mainly has two parts: collection and construction respectively. The map of each level in the game is exactly the same. In the beginning, there will be 6-8 people collecting bricks of the same color as themselves in the same clearing. The player chooses a bridge to lay at will. When the bridge laid by the player is completely penetrated, the player can enter the next station. There are two points to note here. Since the number of bridges that can be laid is less than the number of players, players will compete for a limited number of bridges. At this time, players need to cover the colors of others to compete for ownership of the bridge. Secondly, even if you pass the first level first, don't be complacent. Each level has three bridges waiting for players to build. So whether it is the first one to break through or the first to win, the player has the hope of winning the level.

In order to make the game more authentic and gameplayers more immersive, the platform sets the endless ocean as the background, which also brings players a more realistic entertainment experience. Although there is no setting in the game where the player can fall into the water, it can still bring many imaginations to the player through the screen of the scene.

The number of installations exceeds 1 million, and the content is rated as suitable for everyone. Isn’t it exciting to play with millions of opponents? If you are a fan of stickman games, please don’t miss this "Bridge Race"! The platform provides materials that need to be used in the bridge-building process. As long as the player grasps the opportunity, he can solve various problems that arise by developing creative thinking skills.