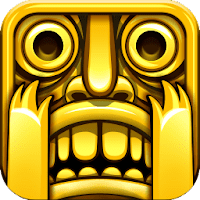 8626 Players Are Playing This Game! 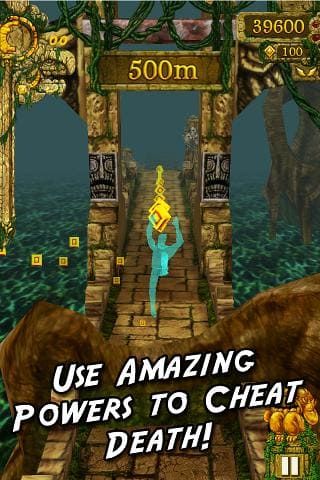 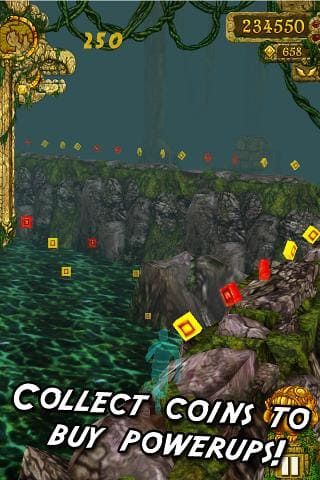 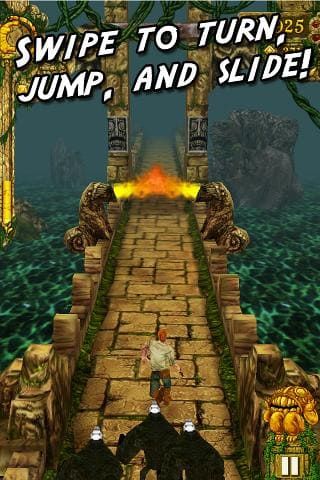 Temple Run is a fun adventure running game developed by Imangi Studios. By turning, jumping, and shoveling to avoid obstacles, collect coins, buy skill upgrades, and let you experience different characters, the game can also test the limits of your reflexes. Can you imagine how far you can run in the temple?

First of all, the themes and plots with the taste of adventure make your gaming experience richer. The plot of the game is full of adventure flavor. At the beginning, the protagonist rushed out of a temple cave in a tropical rain forest, followed by a few unknown creatures, and then ran wildly. And as for the operation of the game, you only need one hand to play, but it is quite a test of skill. Any mistake will require you to start all over again.

In the next place, compared with other running games, the overall picture design of Temple Run is very delicate, especially the mysterious atmosphere of the ancient temple is rendered to the extreme, so the characters are immersive in the process of running, bringing you a thrilling feeling. The further the game goes, the faster it runs, and at the same time, it is accompanied by more obstacles, which brings you greater challenges.

Additionally, experience the full game without spending money. For example, you can buy power ups and characters in the store by collecting coins during the game. As you continue to run forward, you will collect more and more coins. These coins can be used to buy some power ups and practical tools in the game dealer. Some of these tools can help you get a hundred coins as rewards, and the power ups like stealth and accelerated running can allow you to cross any obstacles and traps. Of course, it is worth nothing that you cannot turn when you are invisible, and you need to control the turning direction yourself.

Finally, it’s easy to get started, and you can get used to it in less time than some of the large-scale RPGS. The game operates through gravity sensing and touch screen. You must run for your life to escape the evil demon monkey that follows you, and all you have to do is run as fast as you can to avoid obstacles to get coins. Here I can give you a few simple tips about game operation, I hope it will help you a lot. Remember that swiping up is to jump, swiping down is a slide to the ground, and swiping left and right is a turn to the left or right.

As far as I’m concerned, I think it’s the best running game I’ve ever played. As a super classic hit game, it has a lot to praise, and also impressed me a lot. By climbing over ancient temple walls, climbing cliffs, turning, jumping, dodging obstacles, collecting coins, and buying energy, the first-person view will bring you a completely different experience, testing your skills in a more terrifying and tense atmosphere, which is extremely stimulating. Of course, exactly how far you can run depends on your own strategy. Be good at flexibly using the various skills in the game to help you conquer the game faster. In addition, as you get further away, it gets harder to avoid the traps and your speed increases, but I think you’ll enjoy the increase in difficulty. Don’t be hesitate anymore! Join me for an endless run.