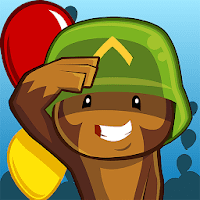 7852 Players Are Playing This Game! 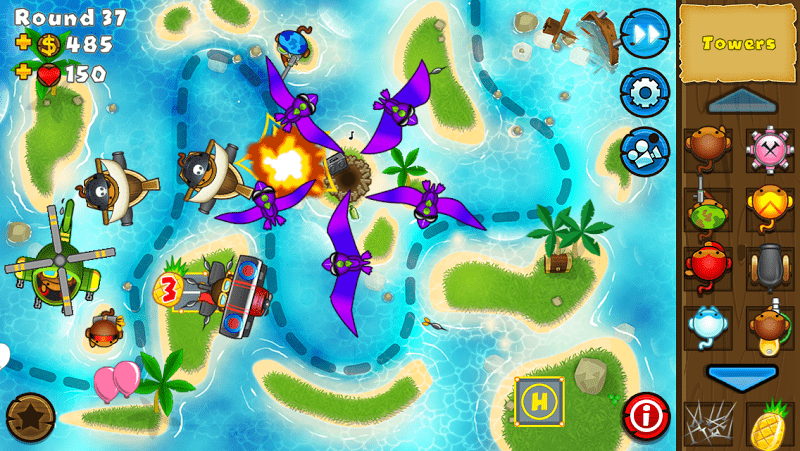 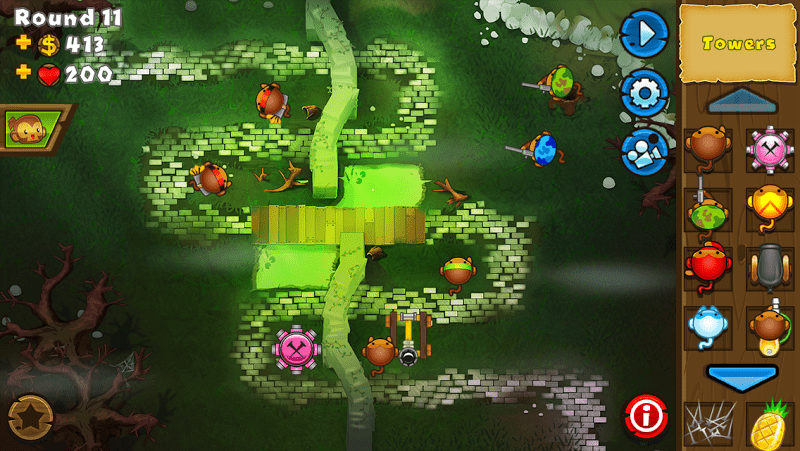 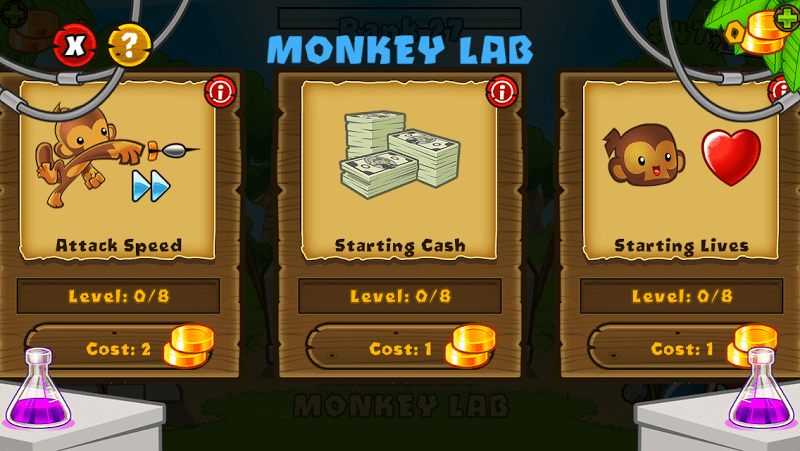 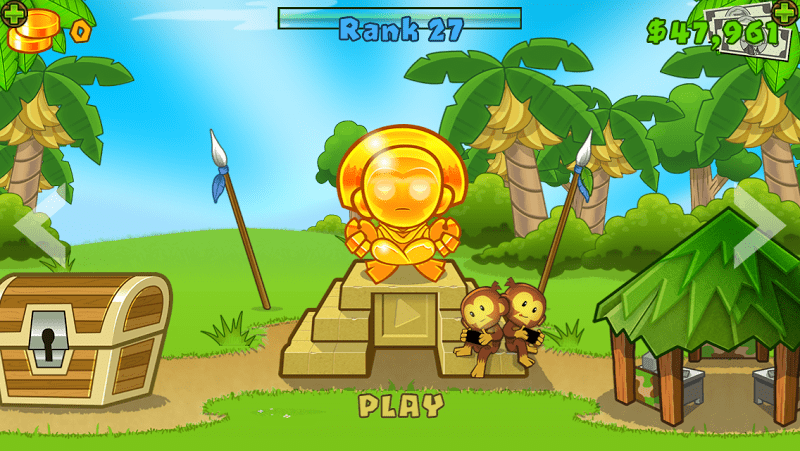 Remember the tower defense game with a few monkeys and balloons? Bloons TD 5 coming in Hot! Bloons TD 5 is a strategy tower defense game based on the war between monkeys and balloons. Developed by Ninja Kiwi, the game brings a whole new way to upgrade the turret; each level has incredible skills and a different level of difficulty. Various monkey species also have other characteristics and abilities, often allowing you to fight back.

This game is famous for its fresh style and lovely painting style, and there are a lot of playable elements in it. It is a classic and happy tower defense game. The game uses the NINJAKIWI particular account as the carrier, simultaneously increasing "The monkey money" and "The defense tower rank" the system, causing the game to have higher playability.

1. The game is still at the same difficulty level as before, but with many new features and modes. The rules of the game need to be understood before playing. The system will automatically match players with similar scores. Choose the tower you want to bring to the game, up to four. Pay attention to the collocation, choose the random building, and click ready. Two centrally symmetric maps appear, one for your position and your opponent's. Balloon TD 5 screen directly below the white is their existing money, and green is their economy. That is every 6 seconds of income and is the entire income of the early game money can not only build tower defense. You can also send out a few balloons as a means of attack.

2. Before you play, you need to know a few powerful little monkeys. For example, the dart monkey, the banana-eating monkey on the game's cover, has a medium-range and average shooting speed and is the protagonist of many "Balloon shooting" games. His idol is the Anticipating "Super Monkey". Tack Shooter, based on the pin-in-the-air balloon in the game, the primary color is pink. Sniper Monkey, full-screen range, slow fire, the initial shot through two layers of balloons, is recommended to click after selecting "Strong" attack mode. Glue Gunner Glue monkey, single-shot attack, initially non-aggressive but slowing down the balloon.

3. After knowing the specific game role and function, everybody is familiar with the unique line tower defense game to come back! By the way, don’t forget, in the game, you need to build the right turret, choose the upgrade you like, hire new agents, and destroy every enemy! New turrets and agents enjoy the gorgeous Tito, original sound effects and special missions, new turrets upgrade, and never seen monkey labs to upgrade your turrets. The game will take you hours and challenge the other players!

4. The screen and the game's interaction are excellent, the trial runs smoothly. With high-resolution graphics, original Tracks and special missions, professional building upgrades, a whole new layer, a never-before-seen monkey lab upgrades your tower. You can see more than 20 kinds of cute monkey towers and various balloon teams when first played. When you reach level 30, you can unlock and upgrade to more powerful and beautiful monkeys. There are also quite a variety of tasks inside, and there are three different game modes to play and the small goals that are always in front of you.

All in all, it's a great game to play. The price is $2.99, but trust me, the cost and the content are worth it. Bloons TD 5, compared to balloon tower defense 4, added a new type of defense tower and balloon. For the "Balloon tower defense 4" level, the " Bloons TD 5" map no longer seems so surreal, but almost as accurate as satellite maps and even added a "Pure Sea battle" level.

The balloon BOSS has been upgraded to a new standard, and the range of camouflage balloons has been expanded to include the balloon attribute "Heart-shaped balloon", which can be used to heal during battles. Removed the ability to set glue anywhere in a level. New "Ninja monkey" and "Sniper Monkey".

The game provides a variety of gameplay, brings players much fun, becomes the best tool to kill time, and there is no forced consumption of the game elements. All arms can be obtained through the level in the game to complete a variety of actions so that the monkeys can defend the enemy's attack so their camp can become more secure.