5343 Players Are Playing This Game! 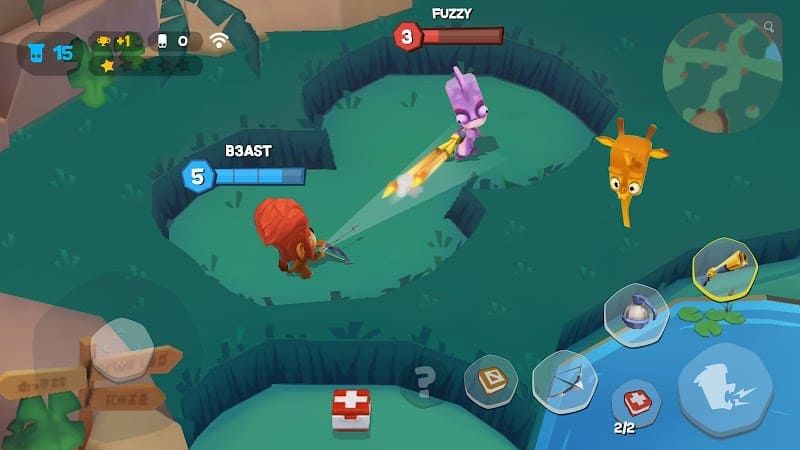 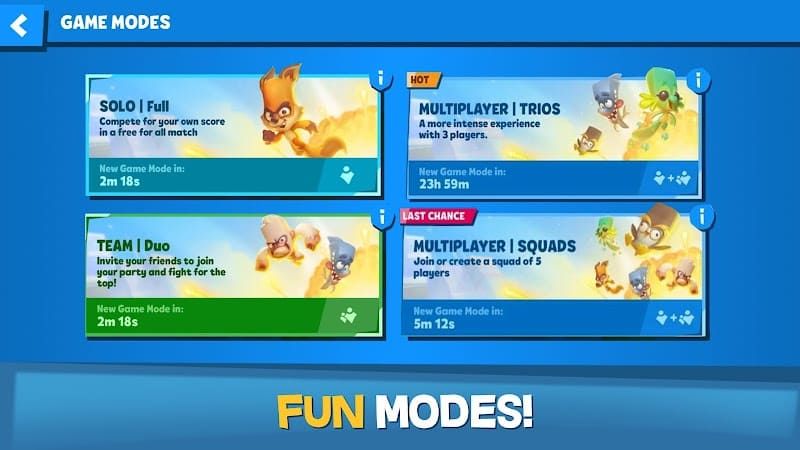 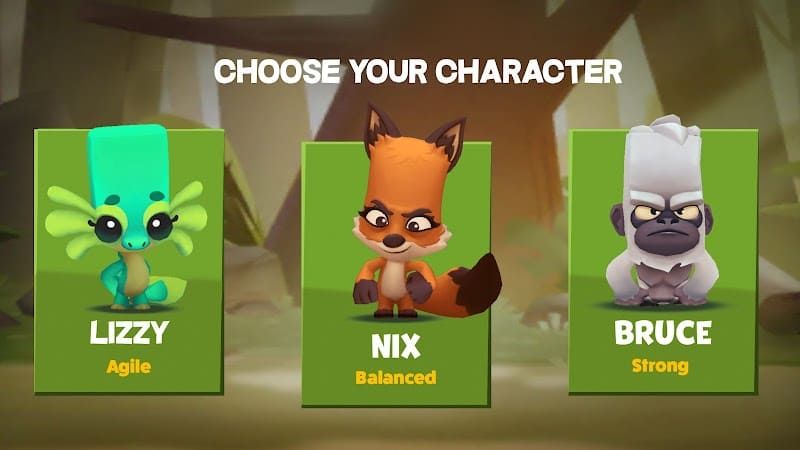 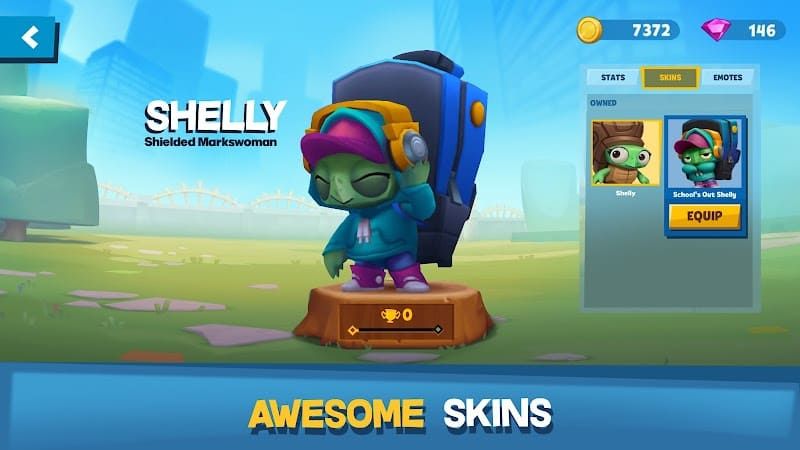 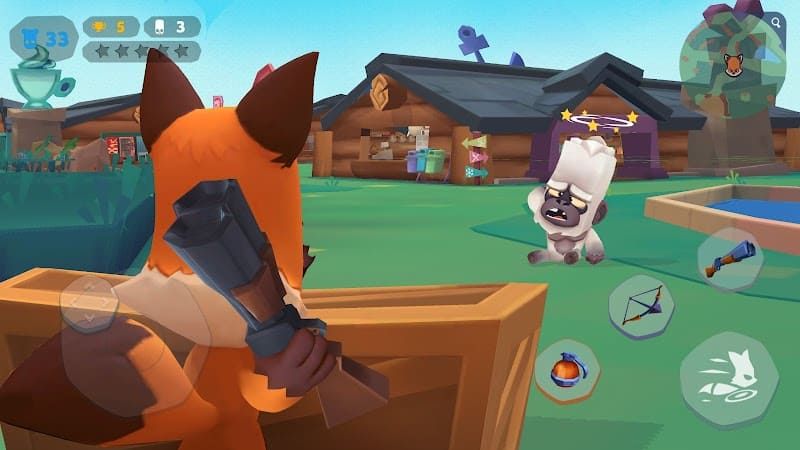 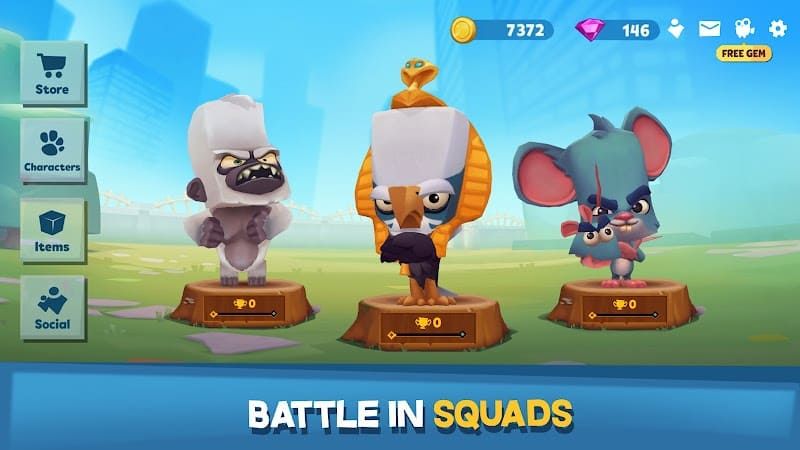 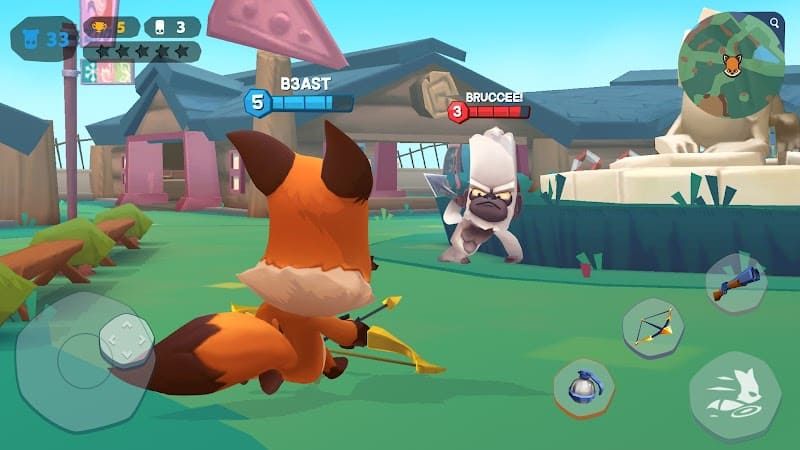 Are You Good at planning anything? Are you good at teamwork? If you meet these two criteria, you will like the next game very much. Because this is an adorable and easy action game, and the game does not have any age limit.

The game is called Zooba: Zoo Battle Royale Game, an action game developed by Wildlife Studios. It's not hard to see the ambition of Wildlife Studios, which is launching a multiplayer online tactical gaming game intending to become the one and only King of the zoo as the backdrop. The game is a replica of the traditional Battle Royale, in which players choose their favorite animals, from gorillas to chameleons, to engage in a fierce battle with their opponents, using a variety of cold and hot weapons and equipment, and finally win the competition, to Be King of the zoo.

1.To turn Zooba into a full-blown battle royal, the gameplay, shooting, and experience of Zooba are done at a very high level. Let the player experience a lifelike PUBG game experience, will escape killing class game human modelling to replace more than ten kinds of different kinds of animals. It has increased the game's pleasure. Natural Selection's ingenious translation of human violence into the natural world of survival theory directly reduces the impact of violence caused by killing, allowing users to have a more harmonious mind. Exaggerated cute, weird animal shapes, the game will be a significant extension of the user group to meet the needs of more age-level users and love while bringing more fun games.

2.Zooba's core gameplay is "Battle Royale." Despite the appearance of animals fighting, the game's self-protection settings can hardly mask its confrontational and exciting experience. Players can choose more than ten different kinds of animals, such as sharks, foxes, gorillas, chameleons, Kangaroos, Penguins, lions, and so on. The collection of diverse bows, arrows, guns, and other cold and hot weapons also gives players more attack.

3.As a copy of the traditional battle royal game, of course, there is no lack of friends and friends to play together in the friend mode, Battle Group mode and other standard play. Zooba offers a more casual, tactical, and competitive experience thanks to its cartoonish style, witty characters, and delicate game graphics. Exaggerated Big Head, broad eyebrows, the head-to-body ratio of other models of the weird set all make this play exciting game, at first glance, look cute to the bomb. Even with the various equipment in the game, the scene also has a unique style of modelling and charm.

4.From the experience of the Game, Zooba is more like a light amusement zoo version of PUBG, with a bird's eye view of the game and a simplified map of how to play PUBG. Cartoon characters, seemingly harmless weapons, and hilarious ways to attack are not so much regular, severe, and challenging PUBG games. It's like a simple dessert that allows PUBG game types to reach a wider age group.

5.After all, the set of 20 people fighting on the same field, the simplified blood strip, the cute game map, the various attack methods, these sets together, I can't imagine how many minutes each game would take. If you're a big fan of Jedi survival, if you're into the battle royal genre, if you can't always get your way with chicken Endlessly, if you like to experience a variety of themes of the same hand tour, then please do not easily miss this "Zooba."

In general, the game animals can be free from PK confrontation, this exciting game challenge. Exquisite mode split of the modelling lets players knows the hottest Jedi survival experience. Happy to break through the entertainment, find more props in the game, and find no lack of combat weapons.

A wealth of weapons and equipment waiting to be picked up, the rational deployment of various tactics. The characters are based on classic animals, and you're free to choose. More than players team up with fierce combat, reasonable layout of the battle.

The game takes the animal as the main character through the gunfight to compete for the final victory. The cartoon style has increased the stronger cuteness. The collection equipment helps you enhance the battle strength value recruits the teammate to win the victory! At this point, are you hesitating? Just download it!