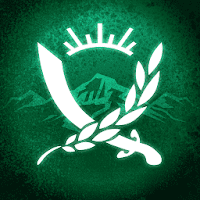 7948 Players Are Playing This Game! 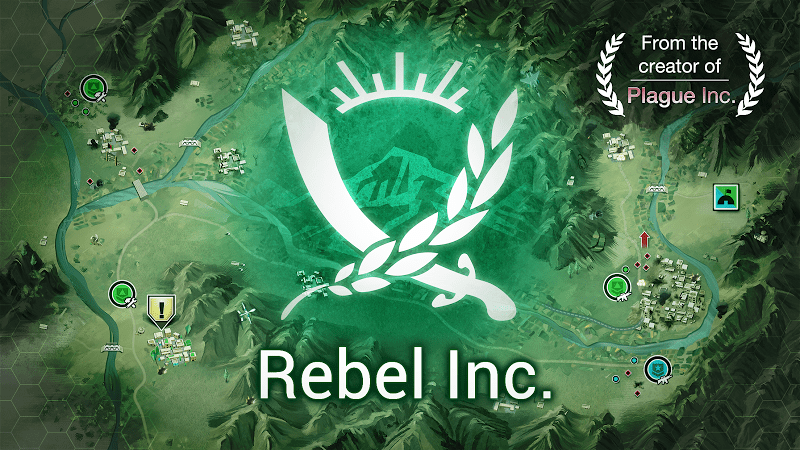 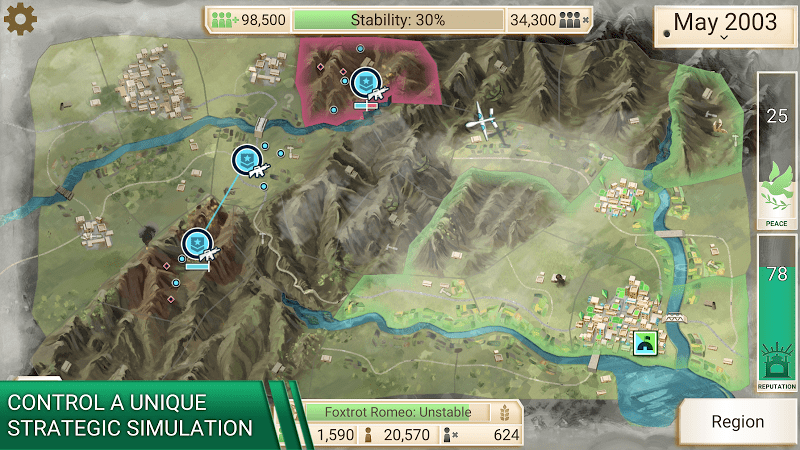 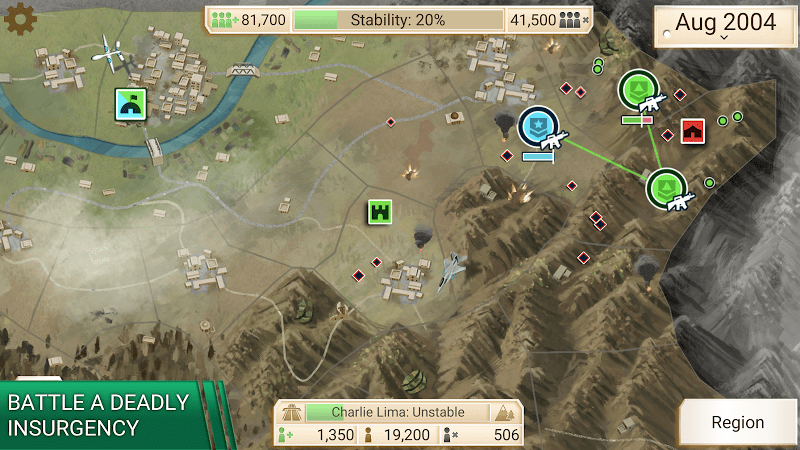 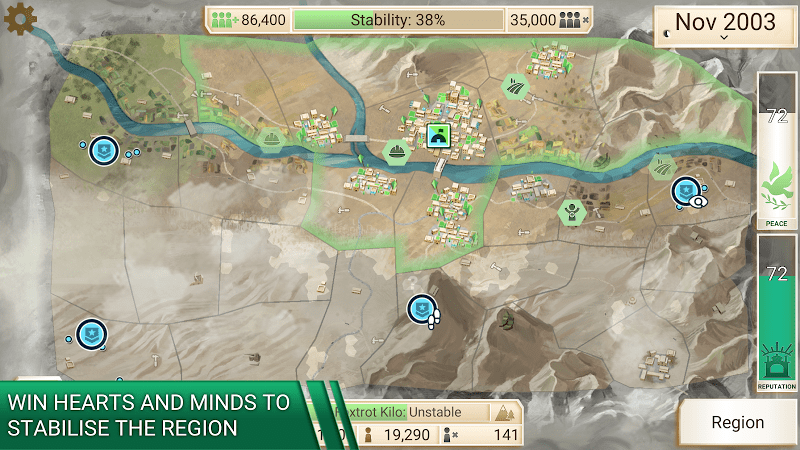 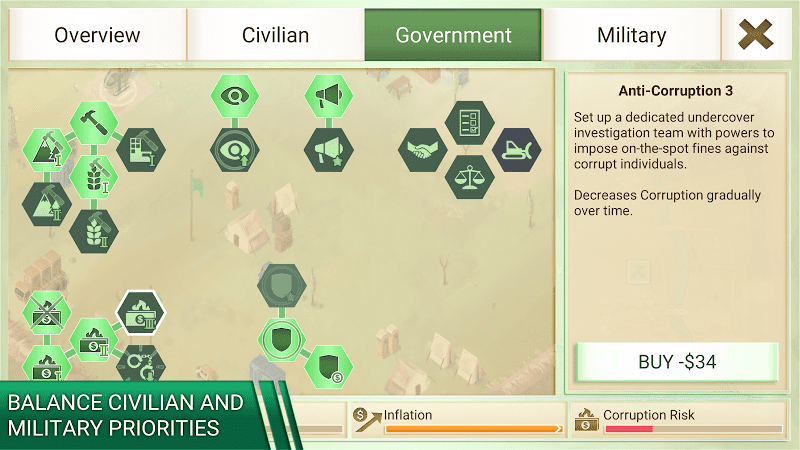 Rebel Inc. is a game created and launched by Ndemic Creations in the year 2019. This is a strategic game inspired by what is going on in Afghanistan. In this game world, you can fully experience the thrill and complexity of war and the fun of winning it.

1. Rebel Inc is one of the kind video game that successfully combines strategy and war into its game world. It touches on the current issue which is the endless wars and to make it more real, the developer also consulted government staff and some ambassadors for advice.

2. The excellent part of this game is to exert our full intelligence to come up with the best strategy to win it. And because the game world is similar to what would happen in a real war. Also, you are equipped with all kinds of war tools you need to use such as maps and some data. You can’t help being engaged with this game and feel the thrill of taking part in it.

I highly recommend this game to you guys because this will be the only game that can provide the player with a real visual and auditory experience. So in this game, you would totally be immersed in a stressful but exciting atmosphere.

What may frustrate many beginners will be the complicated gameplay. But you can choose the difficulty and the map of this game in the beginning, also, what can make you more used to this game is practice. It won’t take too long to pick up some techniques and play on your own only if you follow the guidance of the tutorial carefully.

In this game, you are with a mission which is to make sure the stability of your territory. But this is not that easy to make it because the region which you govern has been experienced a great disaster and civilians there won’t trust you, you are also exposed to the threat of being attacked by the enemy. Remember to stabilize this area at all costs and when the stability of it reaches 100 percent you are the winner. Also, you need to take care of your reputation, you could lose it when you fail to deal with an insurgent campaign. In a word, reputation is linked to your territory’s stability.

For newbies, I suggest starting this game with the map of Stafford Fields. After you choose the map you can choose your governor like the banker and the general who are usually with some special abilities that may help you win this game. Among all the characters, the civil servant is the default choice, which means that he has no special abilities at all. What follows the governor is the adviser character who can help you come up with tips to fight back the insurgent activities and stabilize your zone.

So to gain reputation and stabilize your territory, you need to fight against insurgent activities and also help the civilians build up their homes and their necessary amenities to win over their support. As time goes by, your reputation will be gained and you will get to know what the civilians need. And you also have to pay attention to the areas which are densely populated because there are also where some main roads are constructed, so these regions are the core of your defense. Every zone is with a different name. And the environment and infrastructure of your territory also vary from zone to zone. But with your familiarity increasing, you would get to know these areas better. Hope you guys can enjoy Rebel Inc.!