7354 Players Are Playing This Game! 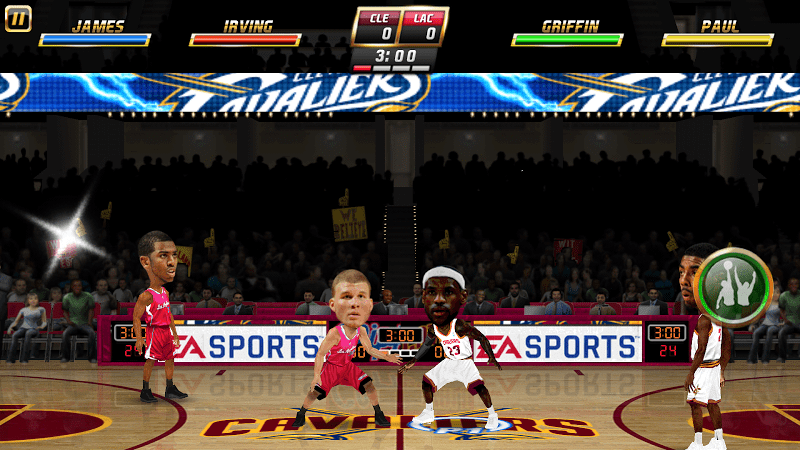 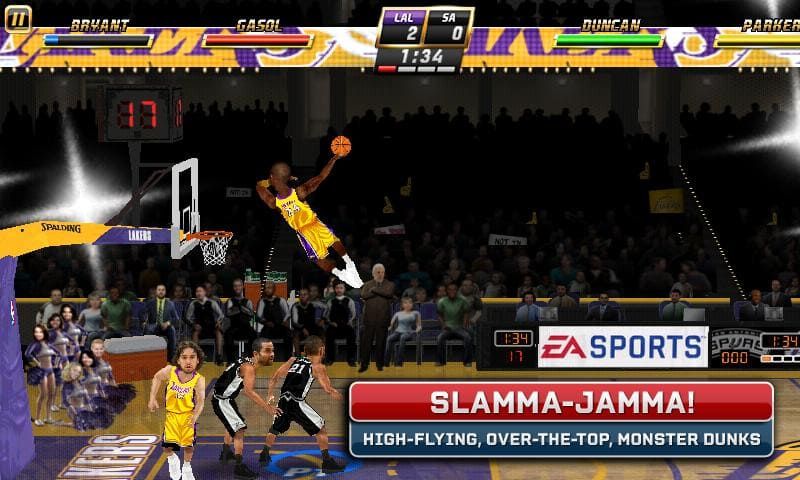 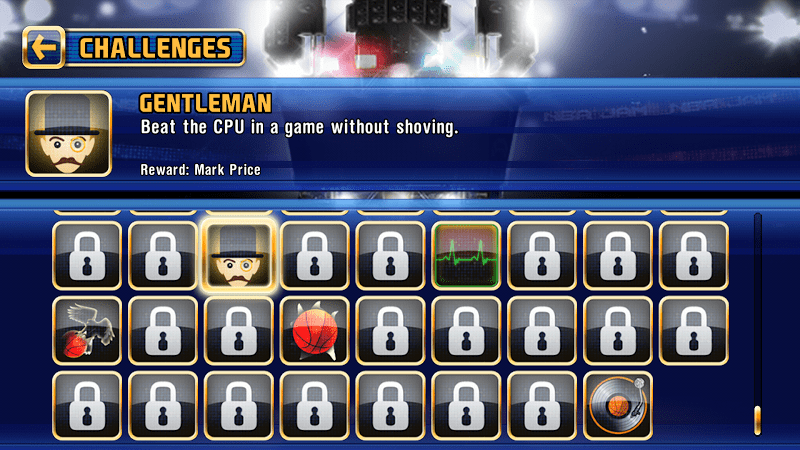 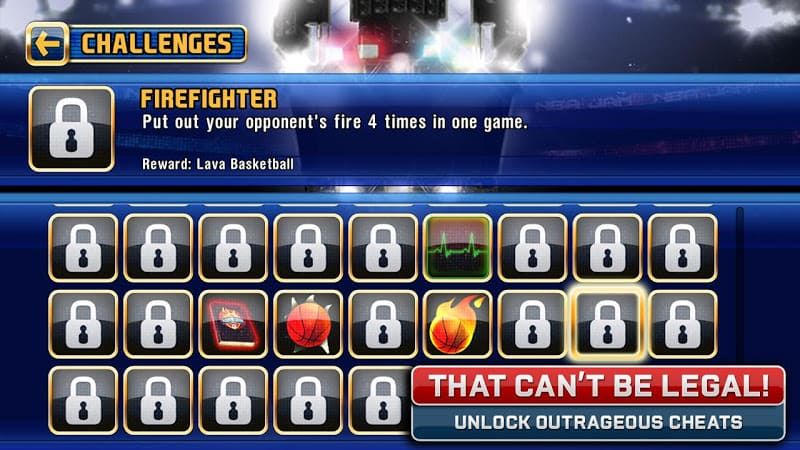 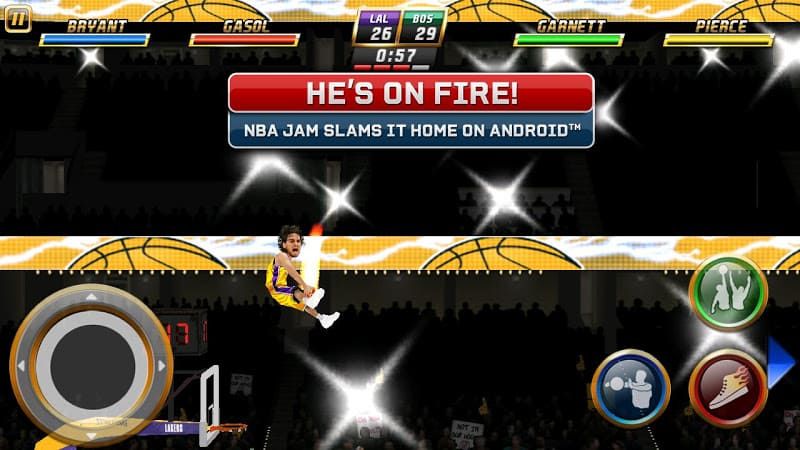 This game is highly recommended for NBA fans which are called NBA Jam by EA Sports. Electronic Arts developed this game as an adorable and leisure sports mobile game. This game will bring you a funny version of the NBA game; players can experience more players in the game. The game uses a higher horizontal version of the play, will use a 3v3 battle experience, and the players do not need updating frequently.

1. The game needs a specific operation and understanding of some basketball-related content and rules. The game has several different modes, such as the classic game, which requires beating all the other teams, winning the championship, unlocking the legend mode of the game and other players. Of course, if you are a mature player, you can choose to start quickly; you can select your favorite team player, the game. According to my demo, there are three ways to play the game, and you can play it any way you want.

2. There are classic games that need to choose a fixed team to win the championship. One of my favorites is the PVP mode, which supports local multiplayer and allows you to fight with friends over WIFI or Bluetooth. Does that make you feel anything? Quickly download to play, choose a team, jump directly dunked the ball!

3. The game screen is gorgeous; the game is also charming because the big head of NBA players, constantly doing all kinds of exaggerated and funny dunk action, is fun. And the big-headed players are not expressionless. According to the different circumstances of the game, they will make a variety of classic expressions. If one of your players passes to you and you miss, I think you can guess the look on their faces, right? Isn't it more fun when you combine it with the big-headed look?

4. Offline mode is also available during the game. Players can only control one player; teammates and opponents are controlled by artificial computer intelligence. There are four quarters, but only three minutes in each quarter. Players can change players at halftime, but they do not modify the court. Players always attack from right to left in the home and away games and in the first and second half. Operation of the default is the arcade program, left-handed virtual joystick to control the movement of players, right-handed virtual buttons provide green like shoot, dunk, block, Jump, Blue like pass, push, steal and red like accelerating functions.

5. Once the continuous hit score also appears, the net fire burns, the backboard is smashed, and the player dribbles the ball to catch fire and the high difficulty somersault dunks and other special effects. The right-hand button can also choose the gesture control program to replace. The player's acceleration state may carry on under the person, dunks, etc., but must expend the endurance trough.

NBA Jam by EA Sports is a basketball game that unlocks various play modes. You can choose at will and gather friends to join the battle; if you can quickly build a strong team, then your happiness will come! You need to be familiar with the various basketball skills to be relaxed in the field.

Overall, the game is well worth playing, but it costs $4.99 to play. But I would say it's a good game to buy because it's entertaining to play. Although the operation of a mobile game is more complex, as I said before, you need to know about basketball-related knowledge. But as long as the familiar is not a problem, the game's rhythm is very fast, a few seconds to complete an attack and defense, scoring efficiency is also relatively high.

There are differences in players' abilities. Superstars like James, Koby, Durant, Field goal percentage, and dunks are so high that they're almost impossible to defend. It also has the advantage of automatically saving your memory whenever you stop the game and quit, allowing you to continue the next time.

Players can experience the game to the greatest extent of basketball fun and learn more about basketball knowledge. Pick up your friends and have a good fight.