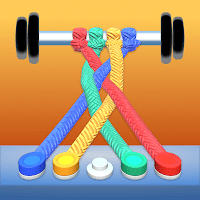 4053 Players Are Playing This Game! 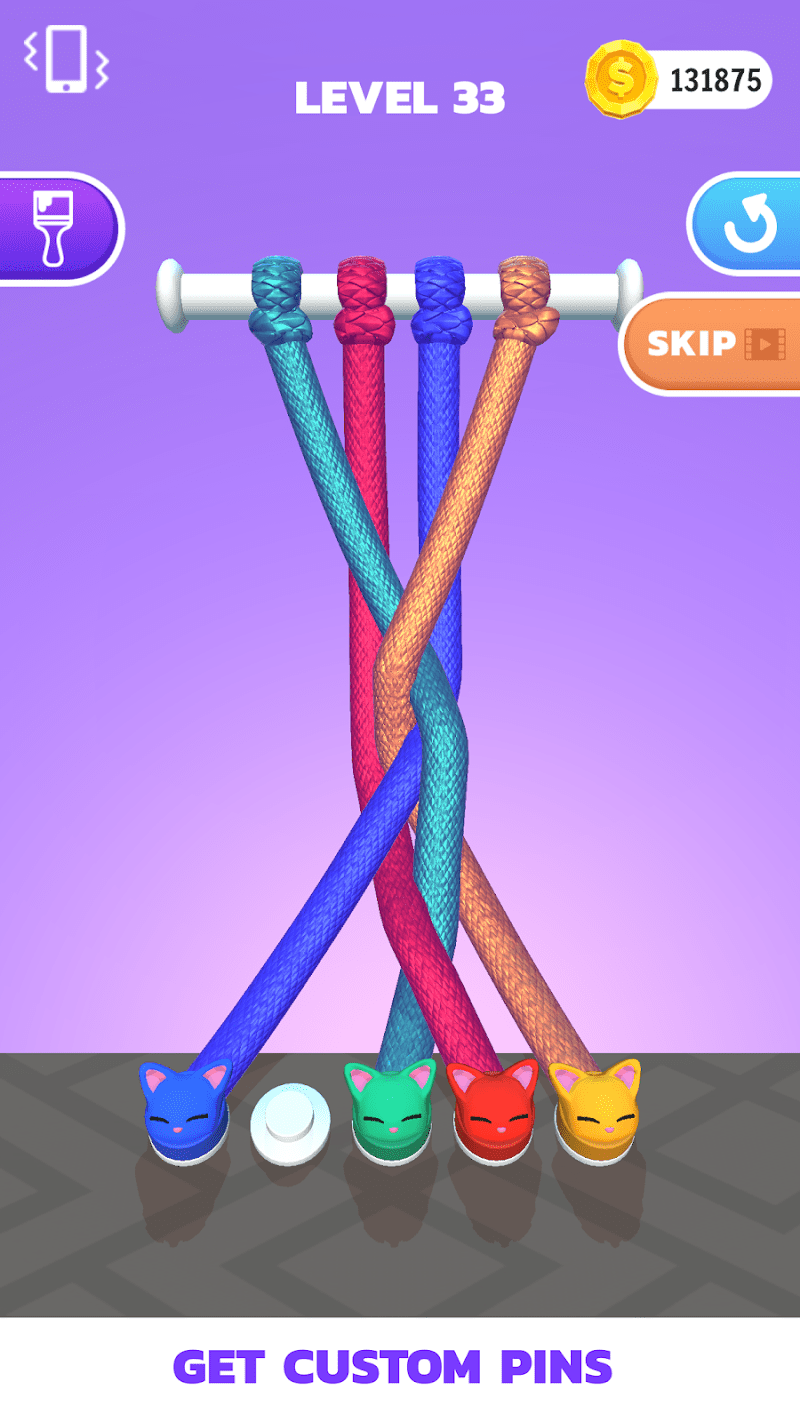 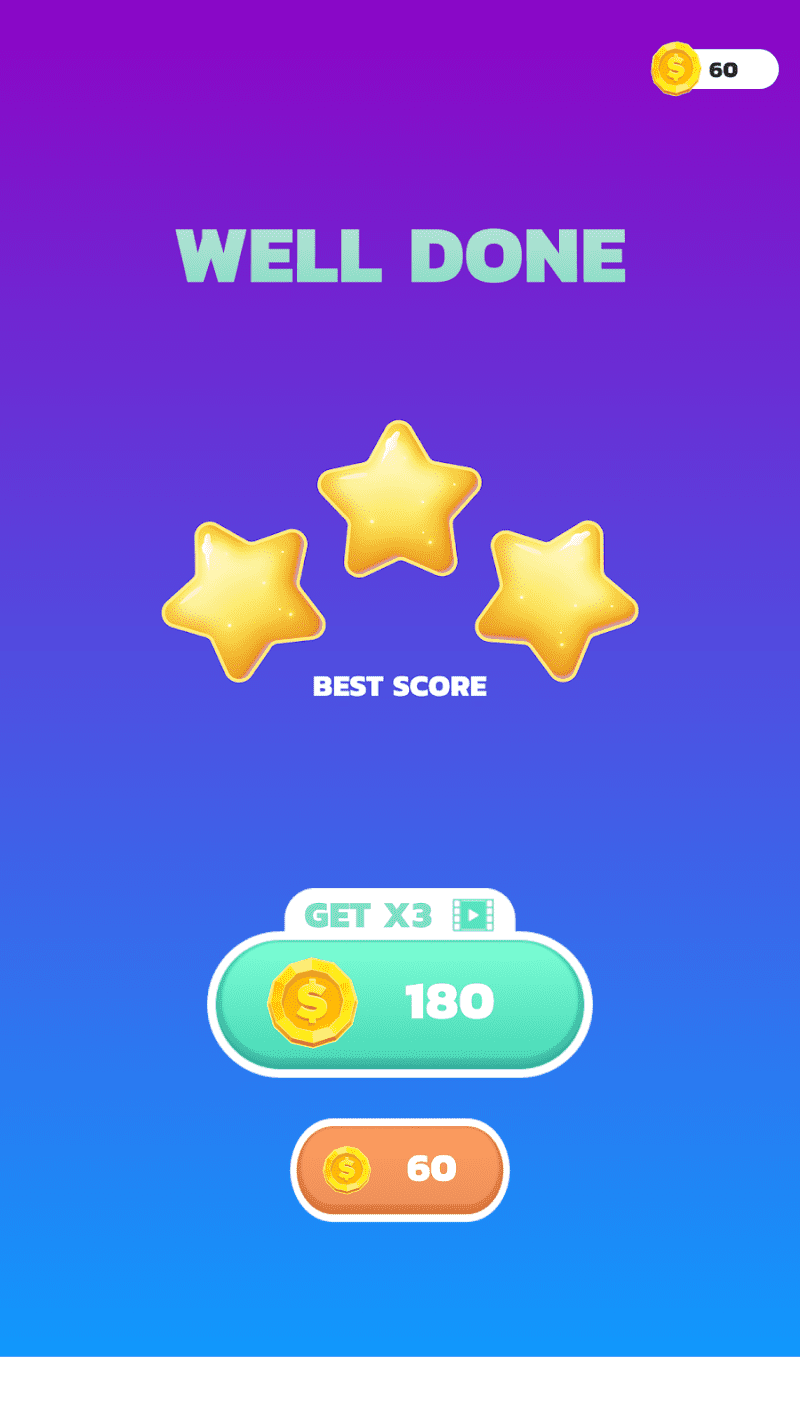 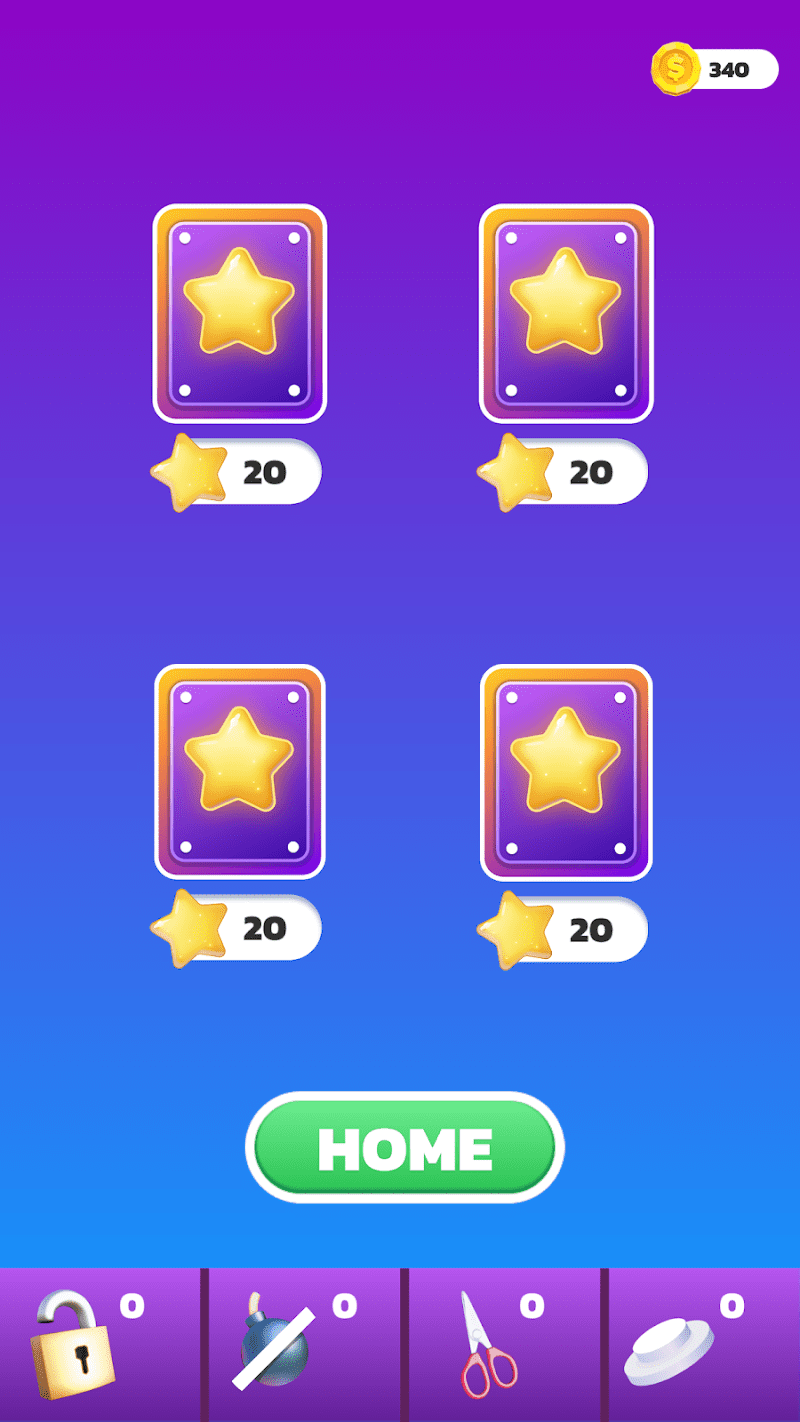 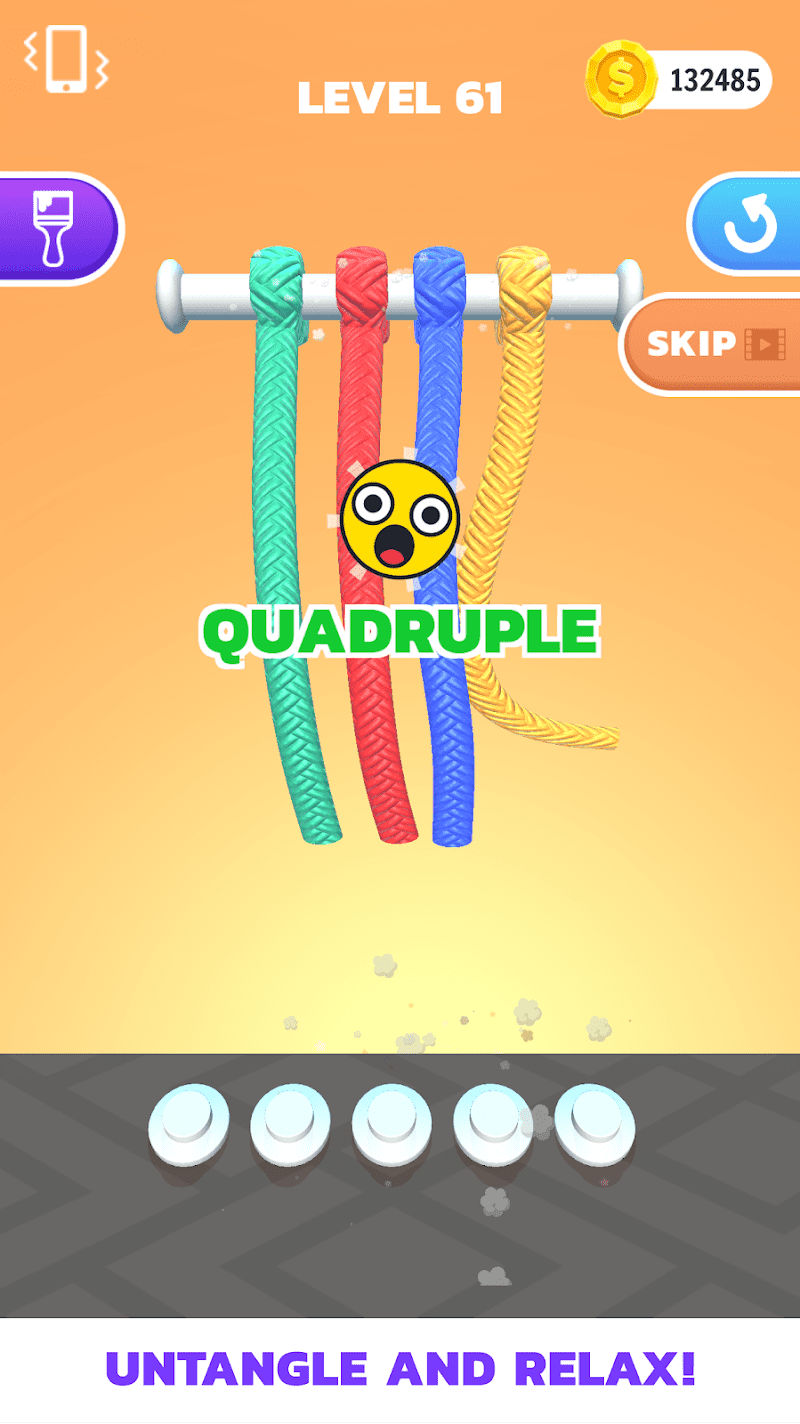 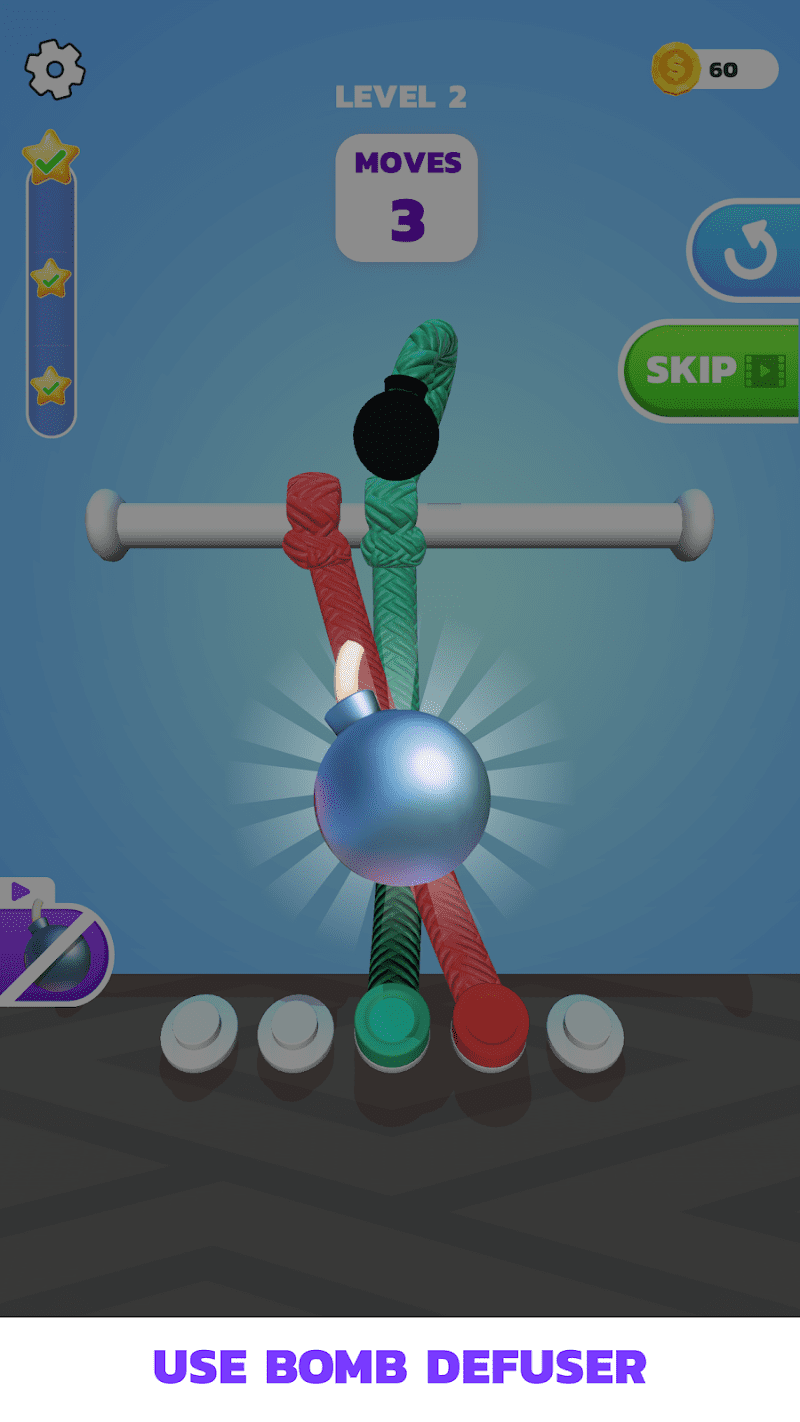 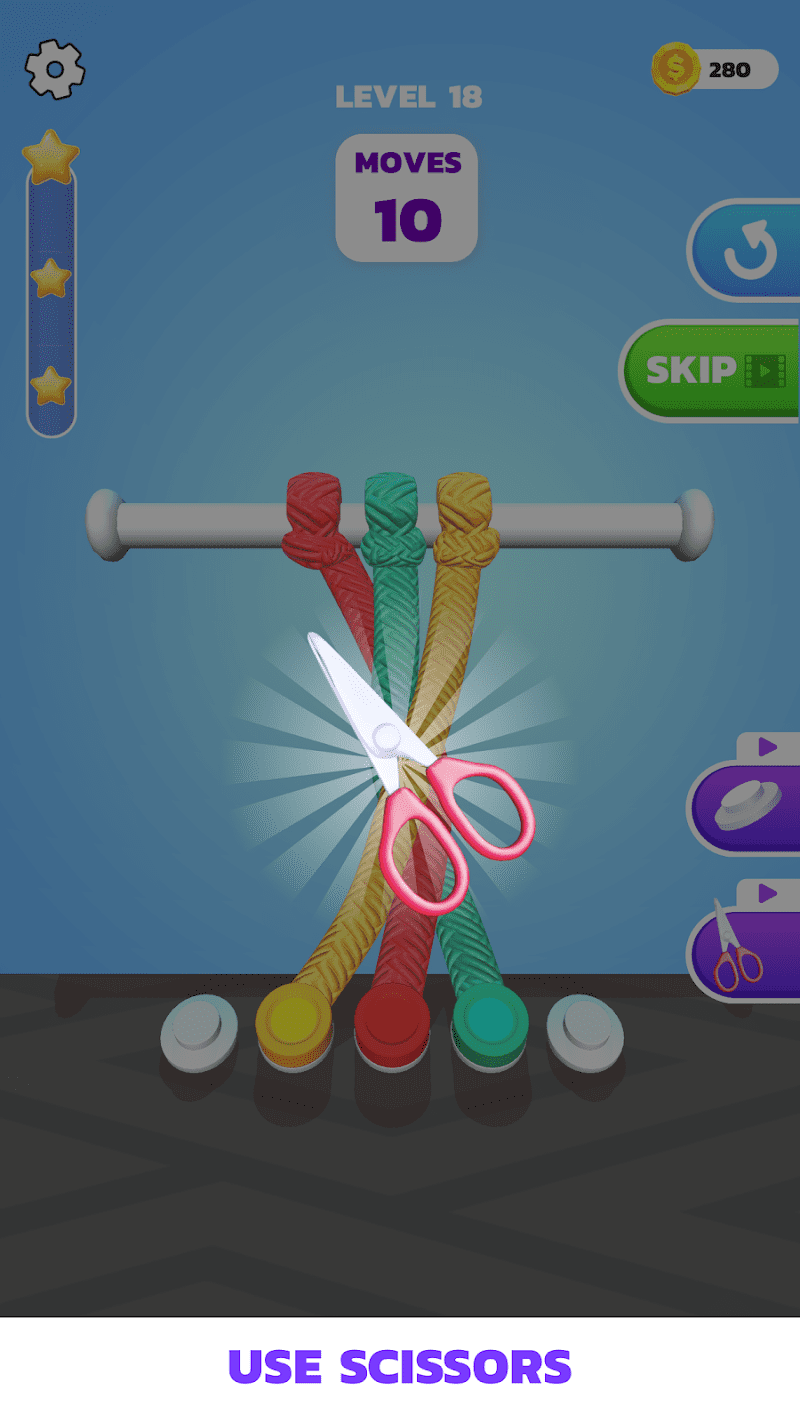 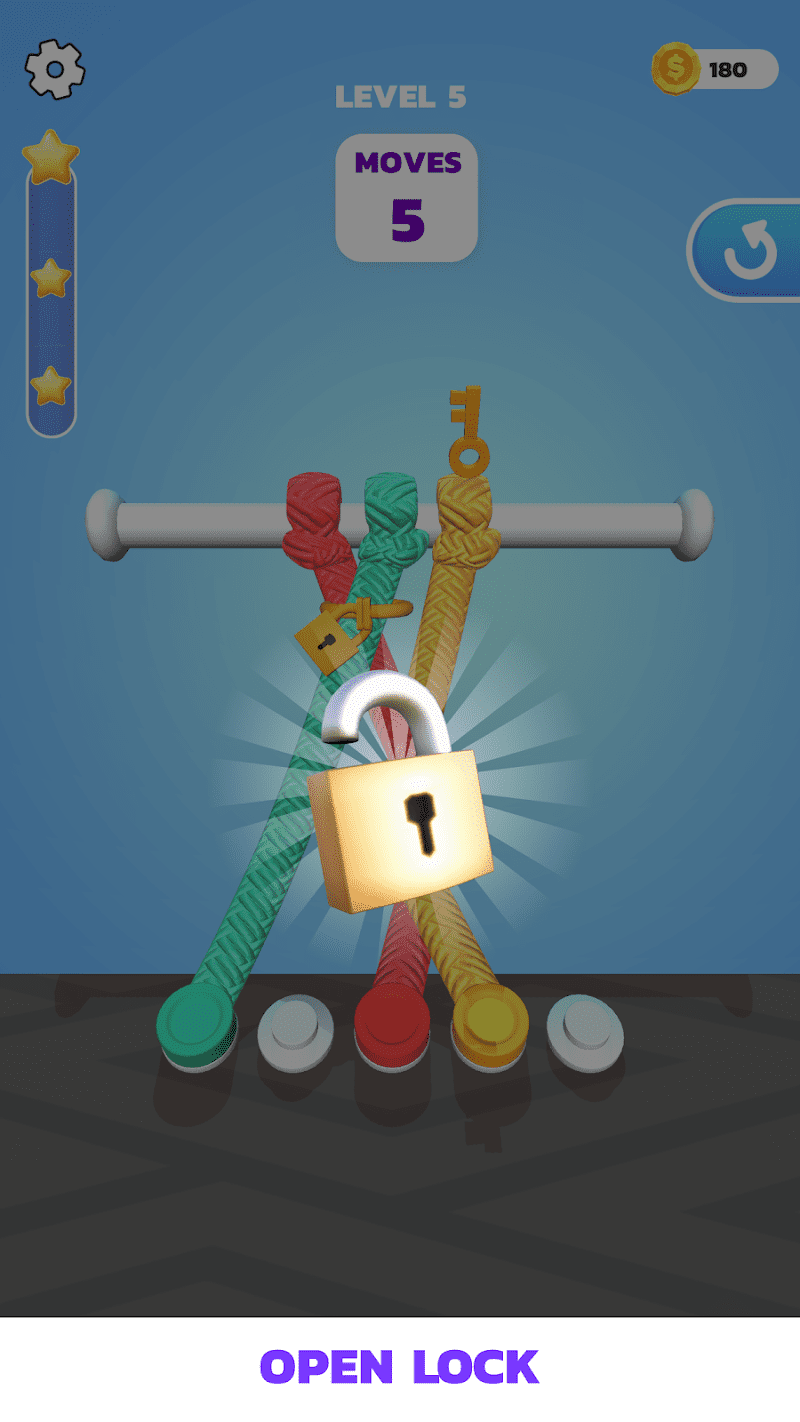 It is a casual game of unraveling the knot with a fresh picture. There are many levels in the game, and some ropes are entangled together at each level. The player's task is to move the bottom knots of the ropes, change some buttons, and untie the ropes successfully.

1. In a limited number of moves, players will untie the entangled ropes of different colors. Players can experience the tension of the passing time and the sense of accomplishment when completing the task in a short period.

2. An excellent game to promote your observation skill. As the difficulty increases, players need to set their wits to work and think carefully. For example, which color of rope should be untied first? Players should try several times when they encounter a more difficult level. Since each rope has its prescribed order, it needs to be carried out step by step in the order of unlocking. Otherwise, you may fail at the first step.

1. Tangle Master 3D is like a color puzzle where you need to sort and match the colors of the ropes and pins and untie the ropes in the correct order and on time. Therefore, people with color blindness may have less advantage in trying this game. This game is very suitable for K12 children, especially those who need color training, and all players who are interested in color observation. This game can help players gain a sense of achievement and relax relatively easily, because of the low difficulty and the user-friendly operation mode.

2. The pictures are very authentic and beautiful. The gradient-based single-color background relieves the pressure of players to distinguish less important colors. Thus, even if players watch for a long time, they will not have too much eye fatigue. In terms of modeling in the scene, realistic 3D three-dimensional modeling is adopted, rendering people a high-quality visual experience. Players can see that different materials are given to each rope knot. The corresponding shadow effect is created for each rope in detail, which increases the immersion in the process of moving the rope, it presents a rather realistic dynamic effect. The shining stars will appear and fly to your coin box, which makes the game so cute.

3. Soothing background music creates a happy and relaxing atmosphere. It does not irritate players and players are encouraged to complete challenges in a very relaxing environment. When players complete the challenge, there will be a special audio effect to celebrate their success.

4. However, some players complain there are too many ads and players are forced to watch several ads even though they click the “close” button. It also malfunctions like the rope is in one place and then it gets tangled. The high degree of innovation and instinctive fun, but it lacks depth and playing time is so short, will there be more attractive features soon? Let's look forward to it together! But now, let’s try it for fun! After the rope is untied, the tangled emotions will release!