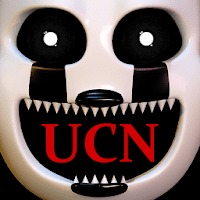 8916 Players Are Playing This Game! 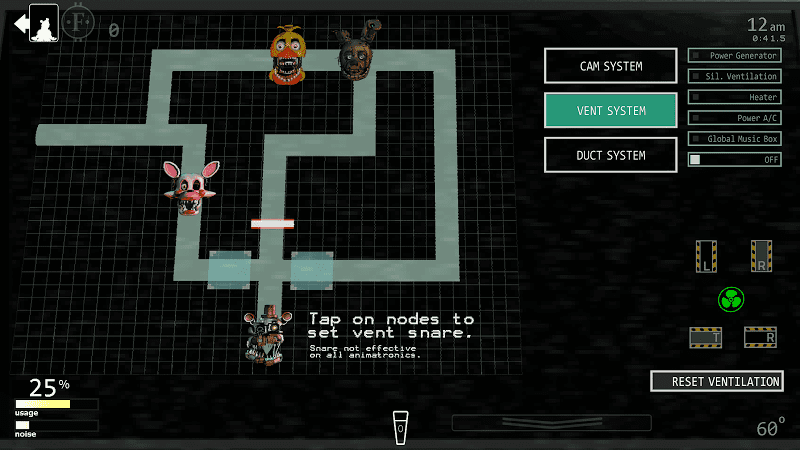 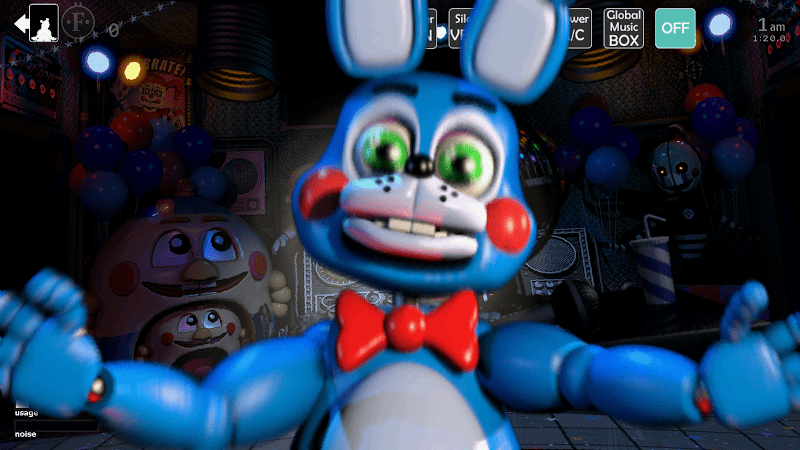 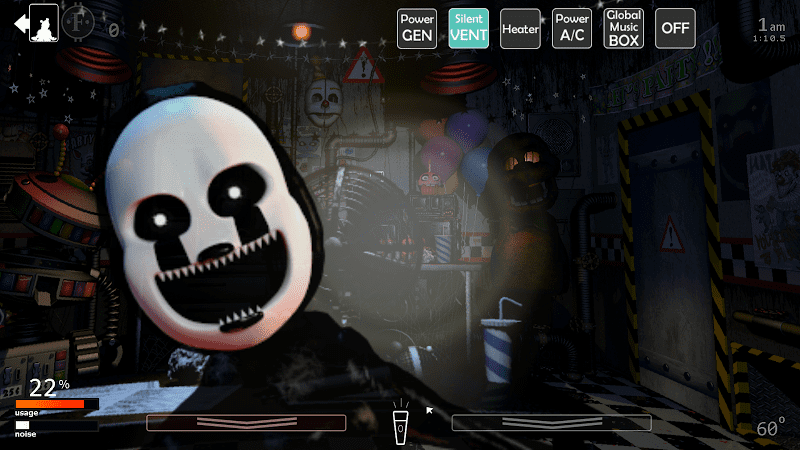 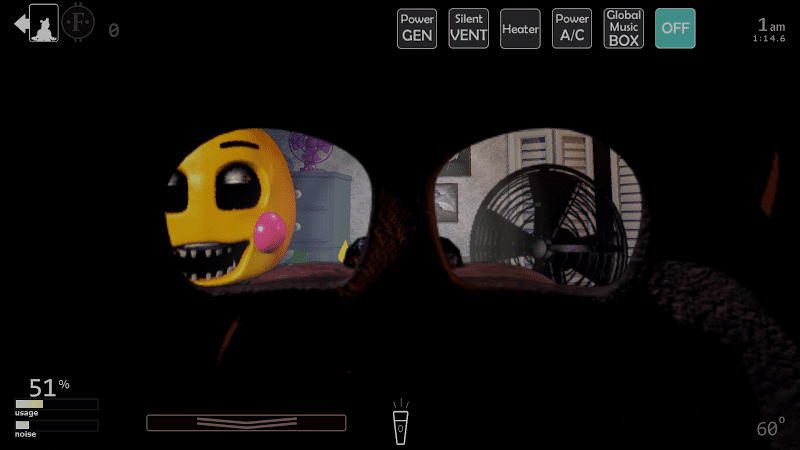 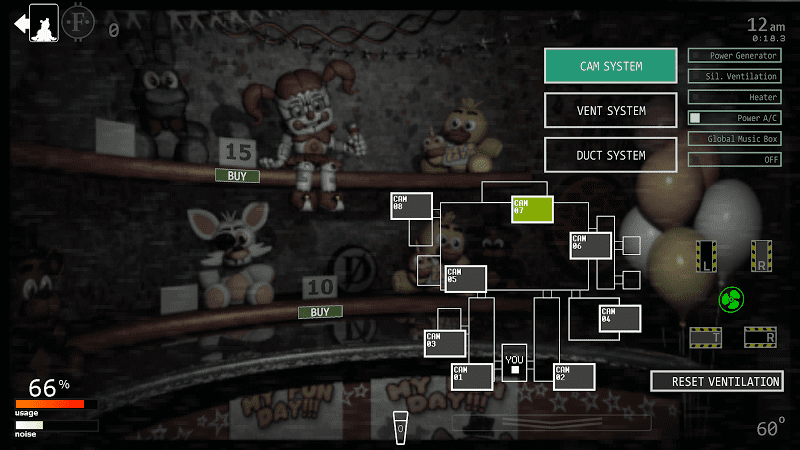 Ultimate Custom Night is a point-and-click survival horror video game created by Scott Cawthon. This is the second spin-off and the eighth game in Five Nights at Freddy's video game series, and the story follows the events of the sixth game. The game allows players to choose from 50 characters from Freddy's Games and FNaF World and set their nighttime difficulty level from a minimum of "0" to a maximum of "20." During the night, players have to track some mechanical devices to avoid being attacked by animatronics. I strongly recommend this game for all ages and the reasons are as follows.

1. For players who like challenges, this game is the first choice. It has some difficulties, and the difficulty of the game can be adjusted by itself. Once you get started, players will feel very interesting and exciting, especially after winning a victory.

2. It combines the game characters and essence of the previous game and has been greatly improved. At the same time, it has great customization functions, custom difficulty, and game characters; the challenge menu contains up to 16 themes for you to choose from; many office skins, as well as cutscenes, can be unlocked in the game.

Ultimate Custom Night comes from FNAF creator Scott Cawthon and is the last game in the series to be developed by him alone. There are 16 themed challenges that take players into different scenarios with different characters. Earning points gradually grants access to fully voiced animated shorts, available as unlockable cutscenes.

The game takes you into a terrifying adventure filled with evil animatronic characters. Before you enter this adventure, you can choose your favorite animatronics and choose its difficulty. Feel free to tweak these opponents your way. When everything is ready, you can start the challenge. In this game, you'll also find yourself trapped in a strange room with a lot of animatronics trying to sneak in. For your survival, you have no choice but to defend against these creatures, but defeating them seems like a difficult thing, it takes a lot of concentration, patience, strategic mind, survival skills, and some good tactics. Make sure you have all these elements ready for this adventure. On the table in the room, you have to control the side doors, vents, and air hoses. They must always be well protected as they will all go directly into the room. In addition to that, you should also take advantage of some of the tools provided to you, including generators, global music boxes, heaters, and more. These tools can help you defeat enemy armies more easily if you know how to use them wisely. Also, you should collect some Faz-Coins and spend them on new things that can be purchased from the prize counter.

The night starts with the player in the office. There are two doors on the left and right, a vent on the front wall, a vent next to the right door, a monitor, and a Freddy from Five Nights at Freddy's 2. On the monitor, the layout of the pizza shop is like Freddy Fazbear's Pizza in the first game. As with most games in Freddy 5 Nights, the player's main goal is to survive until 6 am. The whole night took 4 minutes and 30 seconds, 45 seconds per hour.

In the kitchen, there is only sound, like in the first game. It has a music box that contains the puppets, and it also has a Chica with a button to change the music. There are Faz-Coins all over the restaurant on the screen. In these prize corners, players in the game can buy a pretty doll, a Funtime Foxy doll, a circus doll, and death coins that can be used to remove a specific electronic toy Freddy and the Puppet. However, it can only be purchased once, so players need to choose wisely what they don't want. Death Coins cost 10 Faz-coins, while plush toys start out costing 10 Faz-coins, increasing according to the difficulty of the corresponding video game.

Players can select the effect they want on the number keys on the player 1-6 keyboard or on the display next to the camera option. The first is a generator to help players save energy, a silent ventilation button, a heater to raise the office temperature, an AC to lower the office temperature, to keep away from heat-sensitive animatronics.

Scott Cawthon provided some information on the character's behavior as he slowly added each member of the roster to the game. He's done all the roles and released a gameplay demo for some YouTubers to play, while also auditioning for the voice of almost every character on the roster. He also announced that Custom Night will be released as a standalone game, rather than an update to Freddy Fazbear's pizzeria simulator, to make it easier to start and play. Scott also confirmed that this is his last five nights at Freddy. Trust me, this final chapter game won't let you down, start experiencing the best horror right away!