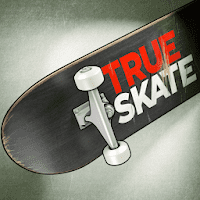 8795 Players Are Playing This Game! 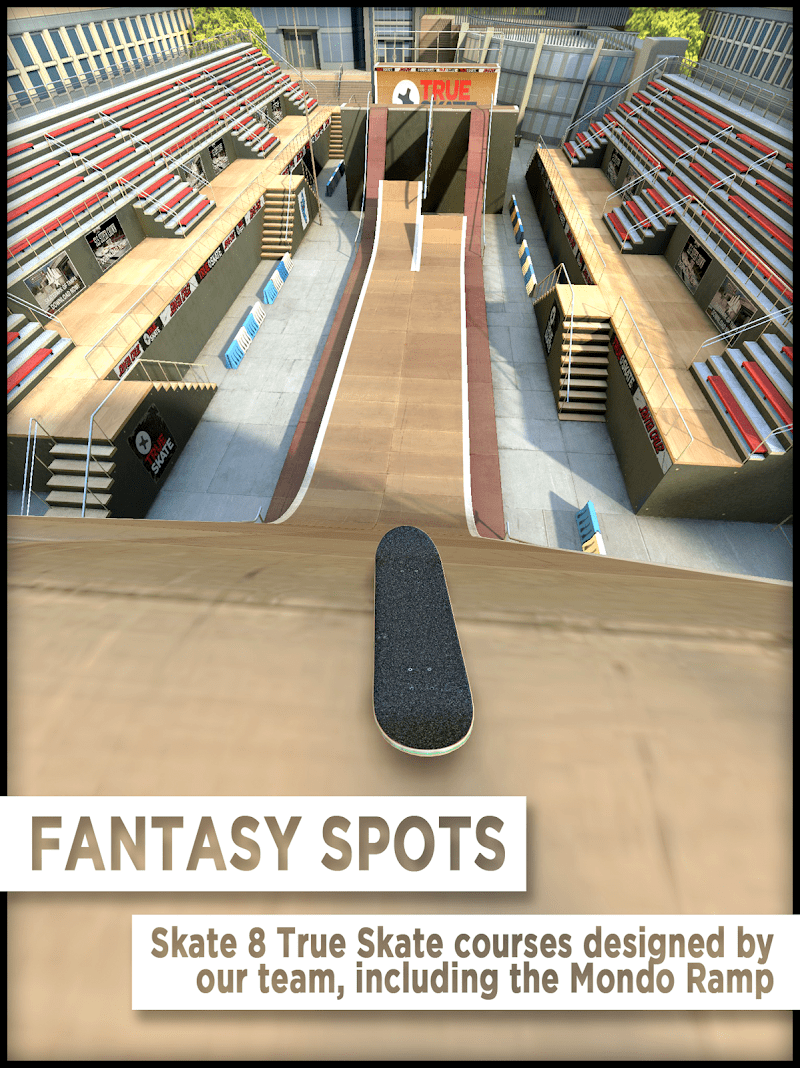 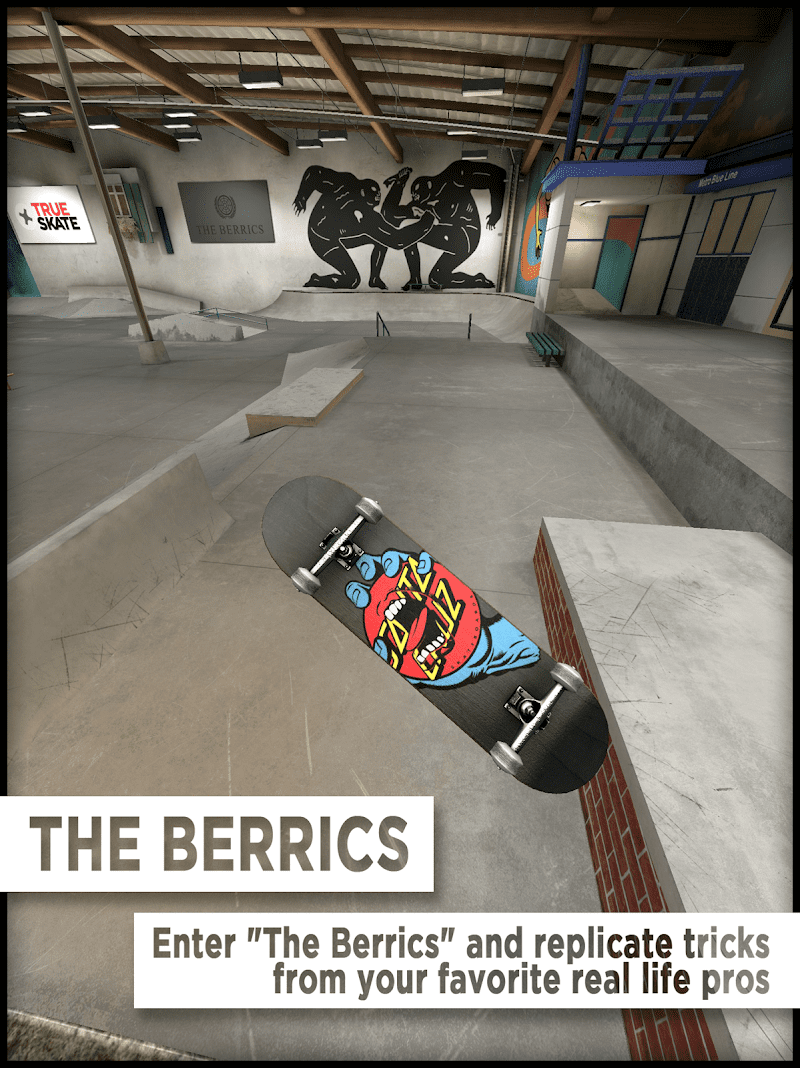 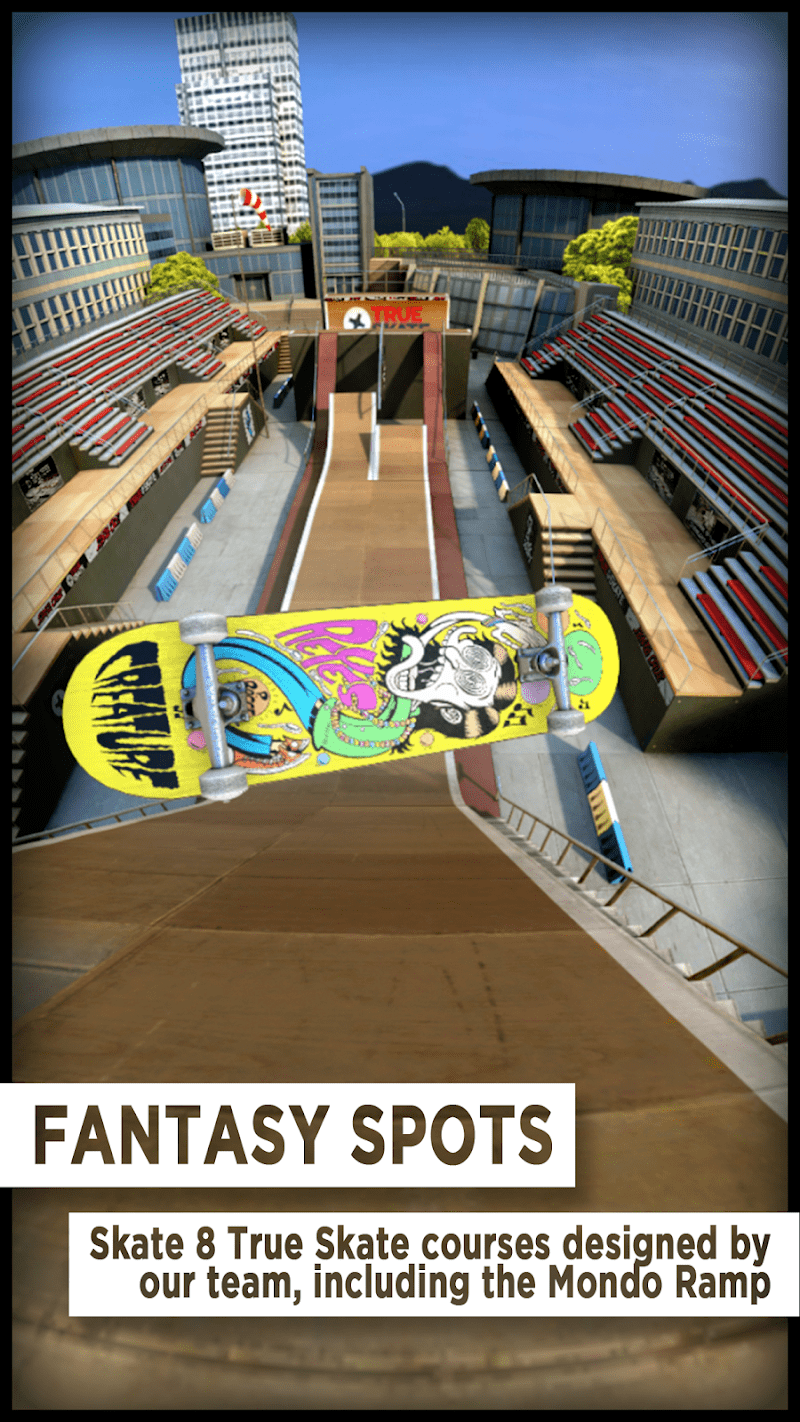 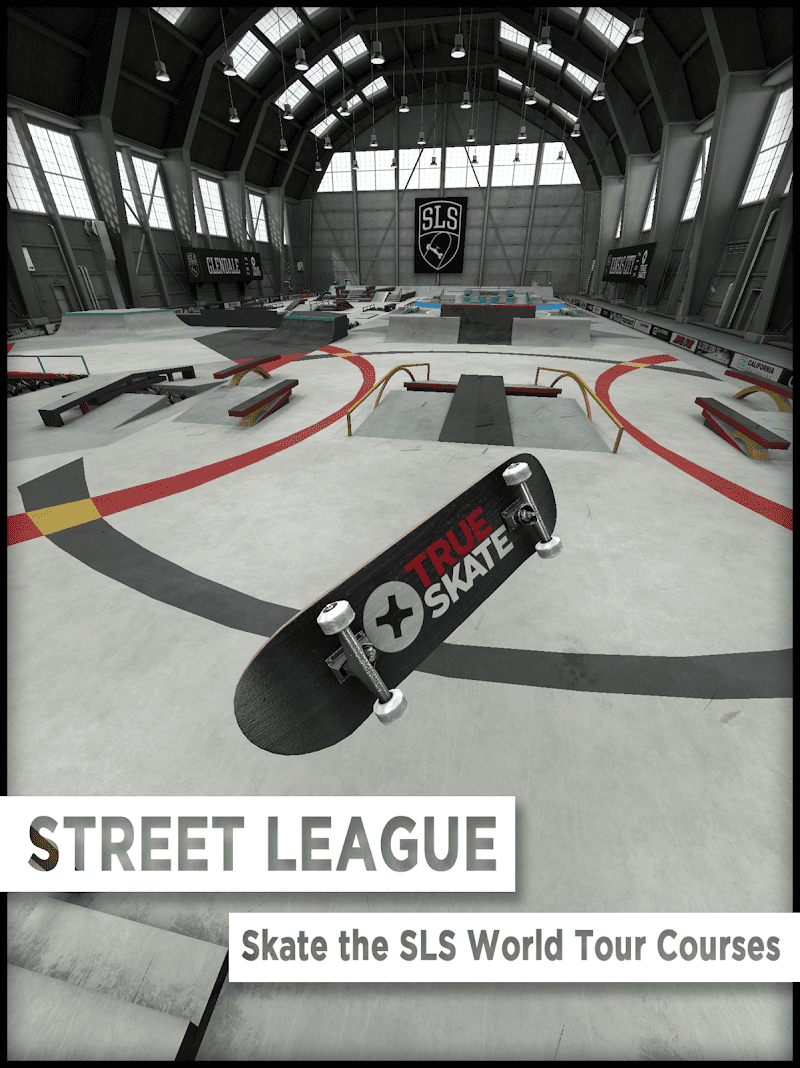 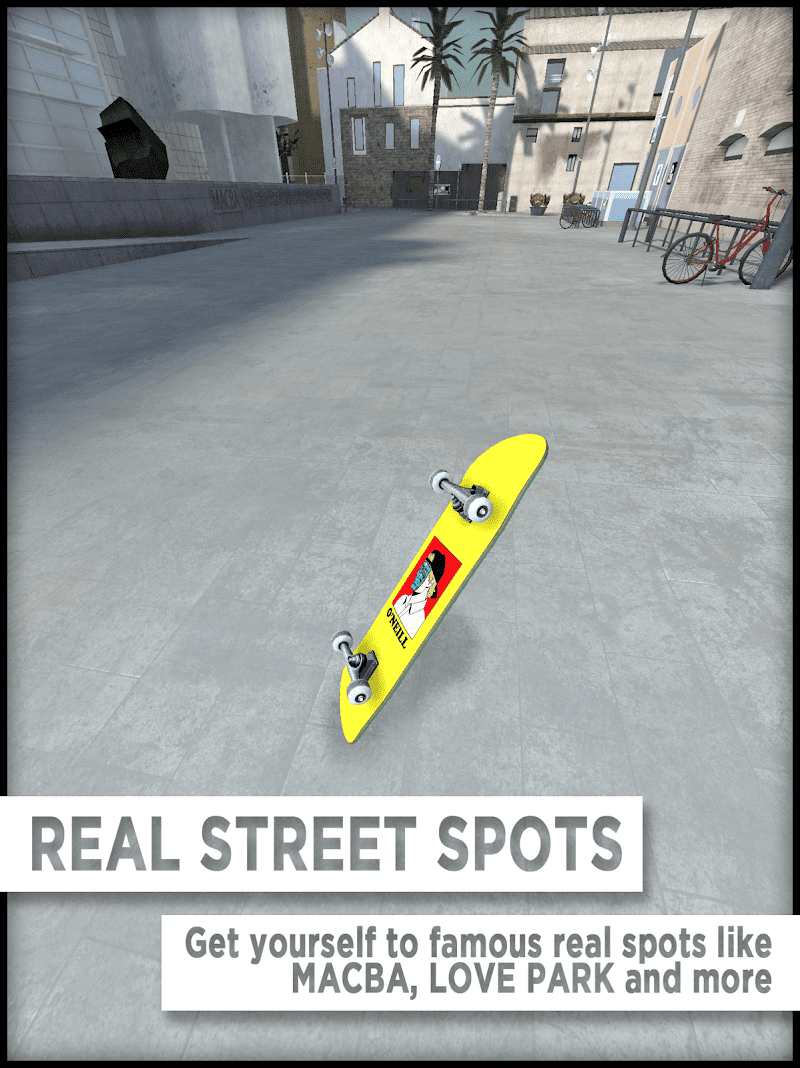 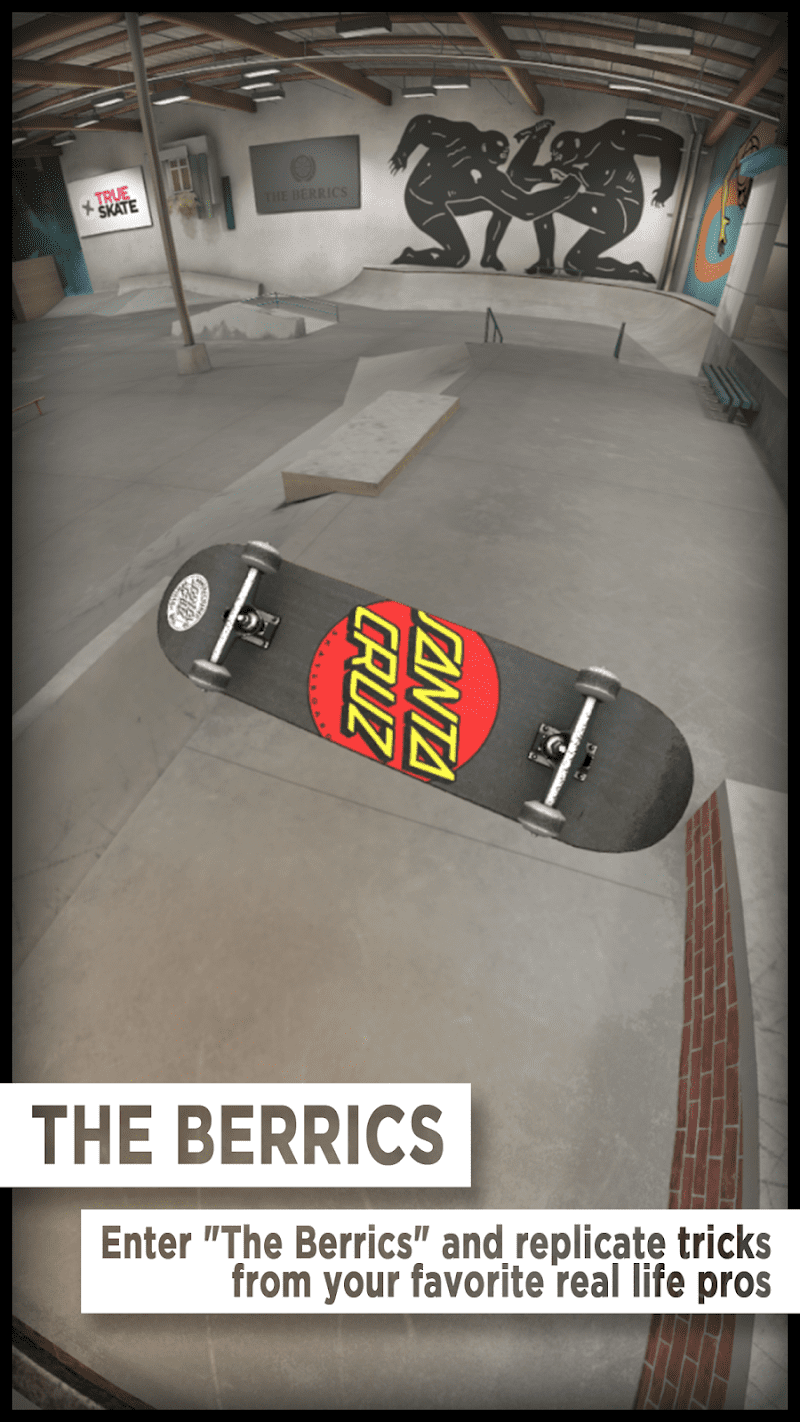 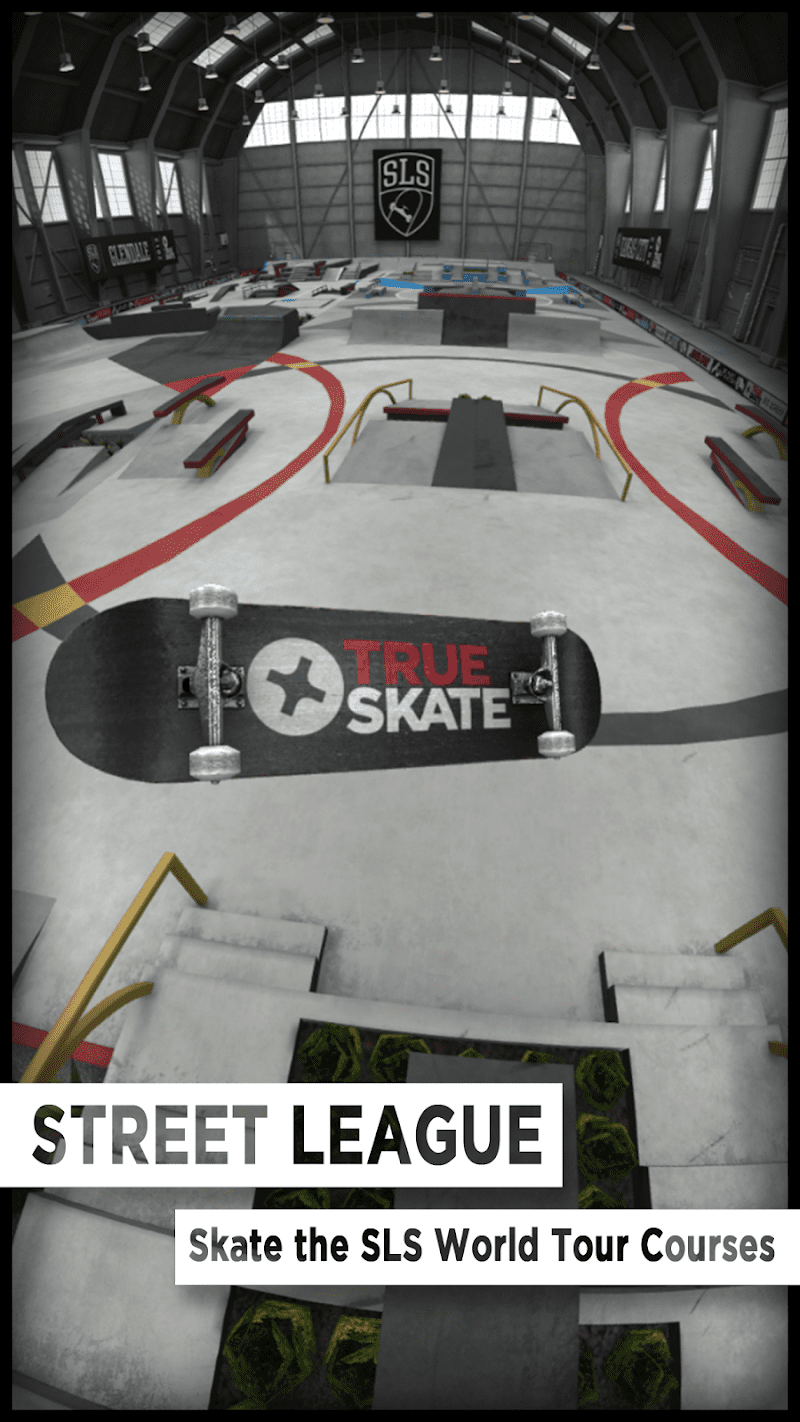 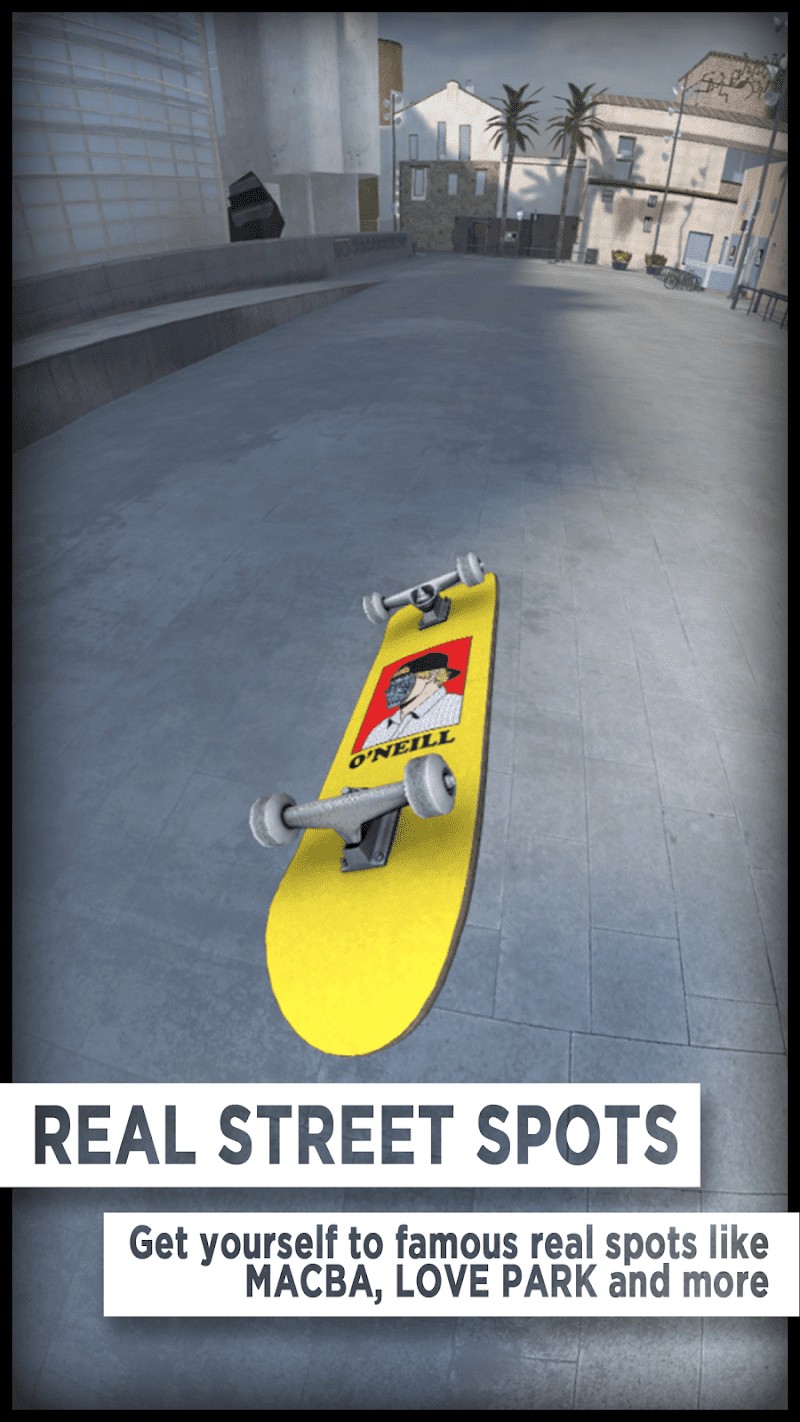 Do you like skateboarding? Are you a skateboarder? Or are you interested in skateboarding but having trouble getting started? Now, I want to introduce you to the game that can meet the requirements of all skateboard players; the game is called True Skate; as the name implies, this is a simulation of real skateboard games. Developed by True Axis, it is now available for download in the major mobile app stores.

The game is an extreme game from True Axis. The overall picture of the game is outstanding, with powerful 3D technology rendering the gameplay realistic in the details. When the operation is also, as the developer promised, very easy to use, players can quickly, like “360 flips”, “Kickflip” skateboard tremendous skills.

1. The game is straightforward; just a finger can be. During the game, players drag the ground with their fingers to propel the skateboard, as I said before. Then you need to play around with this unique skate park, in which you need to know a bit of the basics of skateboarding. Include protrusions, steps, grinding tracks and bowl-shaped sections, half pipes, and quarter pipes, and you’re ready to begin your skateboarding journey.

2. The authentic touch physics of the game will give you the most realistic skateboarding experience you’ve ever had. Doesn’t it seem exciting and enviable to see someone good at skateboarding in real life? Don’t worry. This game can meet all your needs because it has the board wear effect. What do you think? Sounds exciting!

3. During my trial period, when you enter the game, there will be a few short operations teaching movement essentials. The finger to slide forward, slide forward in the opposite direction, slide change direction left and right; Slide the flip around on the skateboard, slide the seesaw up and down, and click on the stationary skateboard. These movements look very simple. There are gesture tips, but their operation is still a little tricky. By the way, I can take this to practice the movement. In addition, the game supports up to three touch controls. Three fingers slide up feeling than a finger is very different!

4. The more fun to play in the game, you will find a richer level you can challenge. The track and map are compelling, as your level after the game will become more complex. As I said before, jumping, flipping, and so on a skateboard can be done. The actual speed and passion let you feel the new play experience more fun.

5. The natural 3D painting style effect is ultimately the form of the original painting, an authentic skateboard world. Players can get a great experience during the game. In the game, players can change the colors of the wheels, unlock the various lists, unlock all levels, change the image of the skateboard, unlock the skateboard packing, and unlimited slow-motion time.

Generally, True Skate is a fun skateboarding game emphasizing the real world. Your ultimate world is a field, a skateboard, and a finger in “Real skateboarding”. As I mentioned before, it’s better to think of it as a skateboarding app than a game. When the player enters the game, there will first be a few short operations teaching basic movements. The game supports a maximum of three-point touch; three fingers sliding feeling is much different from one finger, doesn’t that sound tempting!

In addition to challenging yourself, you can compete with people from all over the world, and you’ll see global rankings in the game interface. In addition to realistic touch-based physics, the Frick Plate makes it react exactly how you would expect. Or how would you like to skate in a beautiful skate park, complete with ledges, staircases, guardrails, and a bowl, half pipe, and quarter pipe? Additional skate parks are now available as an in-app purchase.

All in all, it’s a great game to download for $1.99. But Trust Me, you won’t regret buying it, because the graphics, touch, and sound are impeccable.

As one of the most popular extreme sports, skateboarding is also very popular! Skateboard shoes, low-slung pants, Big T-shirt, rap hat! The skateboard looks you like is all in the app, and you get the perfect punk vibe. Everyone’s image is different, so you can skip the characters in True Skate and leave out the real thing, which is the skateboard. The game mainly takes the slide as the main operation, and the player may enjoy the skateboard brings happily heartily!