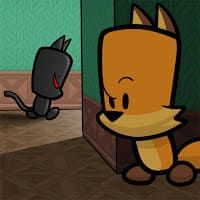 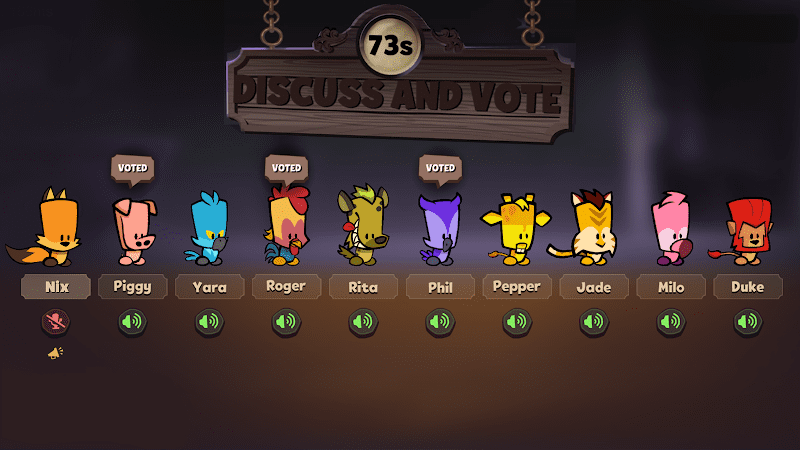 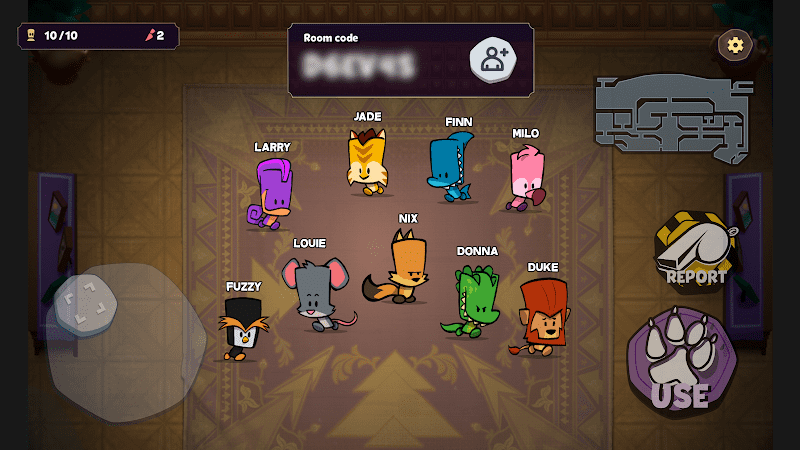 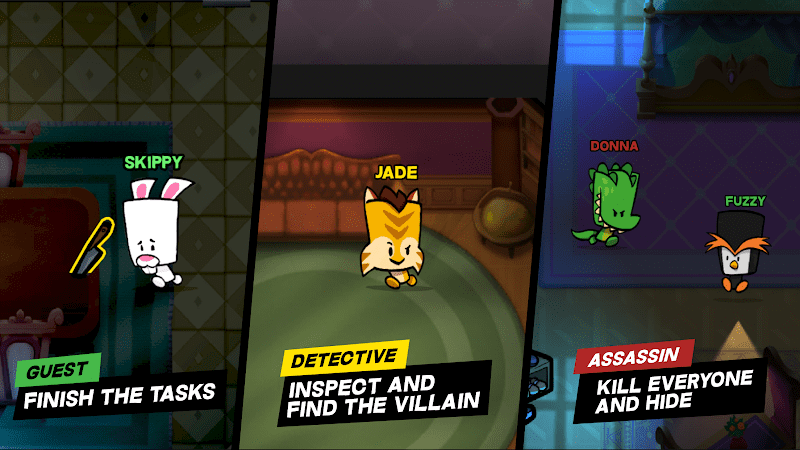 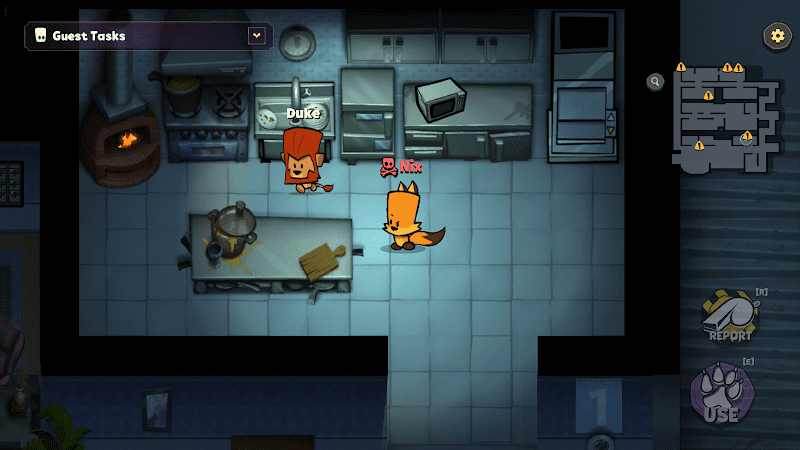 The gameplay of Suspects: Mystery Mansion is similar to Werewolves, in which you are invited along with nine other players who are randomly matched from around the world to try to uncover a murder in the mansion and discover the identity of the killer, who is hiding among the 10 of you. If you are a game player who dotes on mind-twisting deduction and thrilling murder, then there will be no better option than playing in Suspects: Mystery Mansion here.

In addition to getting the mind-burning game experience, players will also be able to experience full socialization in Suspects: Mystery Mansion, as all the reasoning, clues interchange, and clearing of their suspicions require 10 players to talk in real-time through the game’s built-in voice chat feature.

Not only that, but it’s also a game that tests your reasoning skills, judgment and intuition. The real killer will go out of his way to confuse you during the murder or the discussion and mislead you into voting innocent guests out of the mansion, making you his accomplice. So, look for as many clues as you can and pay attention to all the players on the field, and give full play to your logical reasoning skills to lead all guests to victory!

In summary, Suspects: Mystery Mansion is a multiplayer strategy-based social deduction game set in a mansion where a murder has taken place, requiring players to work with their teammates to discover as many clues as possible to find the villain hiding among their nine companions.

As far as the gameplay is concerned, it is clearly a game about trust and betrayal. Players will be divided into two camps upon entering the game: the guest and the murderer. For the players who are chosen to be guests, their mission is to complete the tasks in the mansion as quickly as possible, such as putting the pieces of photo intact, correcting the portrait, etc, while reasoning out the real villain according to the state and movement trajectory of other players, and finally convince other players to vote for the most suspected assassin based on the clues in hand to expel him from the mansion. For the players who are chosen to be the assassin, their victory is based on killing all the guests present while hiding their true identity. While you may feel isolated as an assassin, you can take full advantage of the murder in the dark and seize the opportunity to attack other guests alone or even cast blame on other guests present. Moreover, the assassin can also use various tactics to break the trust between the guests, try their best to use false evidence to sophistry in the concentrated discussion, sow discord between other guests, and turn innocent guests into their accomplices so as to help themselves win.

It is also worth noting that, whether as a guest or the assassin, either part’s victory will be rewarded with IQ points which is an essential element for players to win the first place or occupy a seat in the game’s leaderboard, that is to say, the more you get IQ points, the higher your name will appear on the ranking list.

What’s more, Suspects: Mystery Mansion also offers different modes for different types of players. As you earn more IQ points, you can unlock various game modes instead of just playing the classic entry-level mode of Guest v.s. Assassin. Whether it’s the Team Wars mode where you’re divided into three teams to kill the other side in chaos or escape the kill, or the Vigilante mode in which a player can be appointed as the vigilante to kill the assassin, the game enables players to choose from a diversity of modes so as to have a rich and immersive game experience.