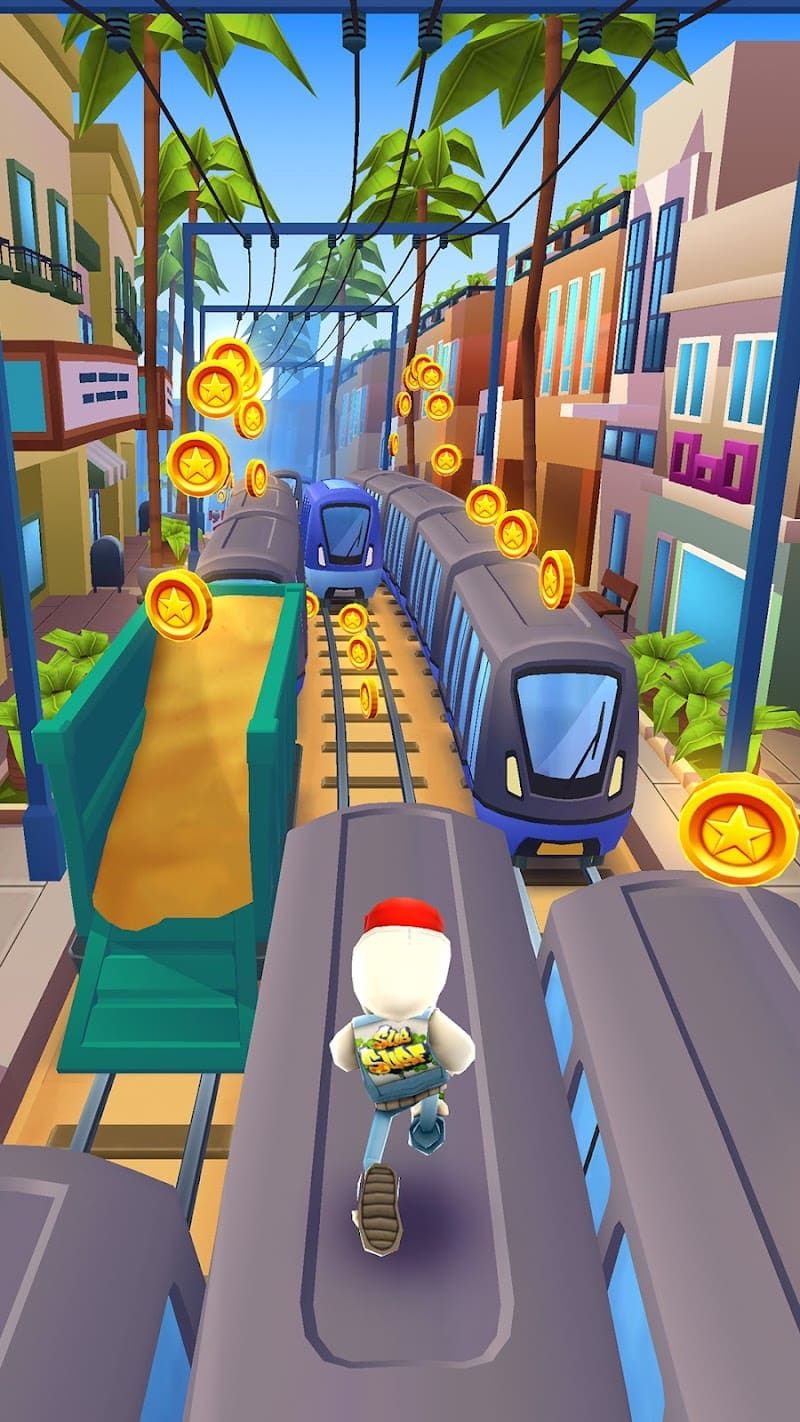 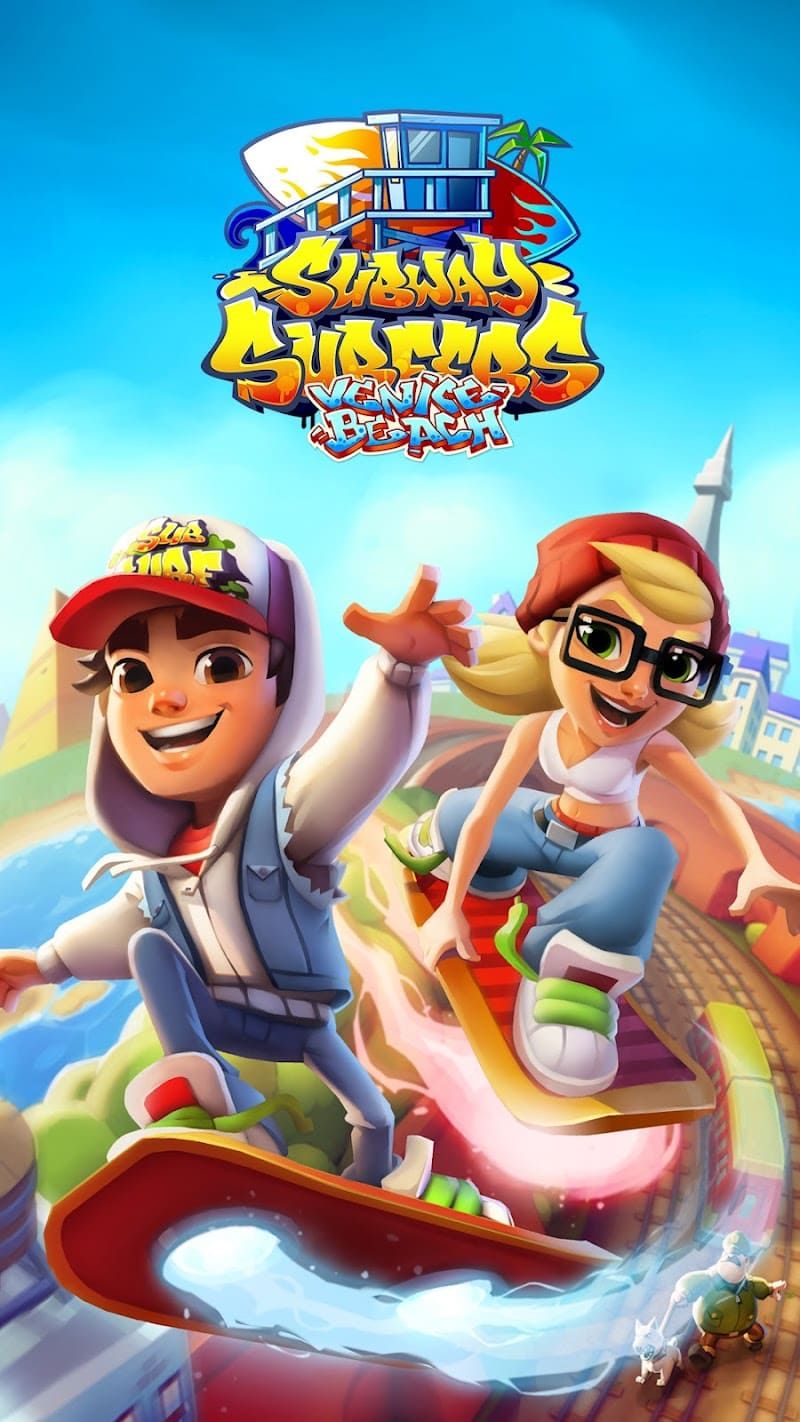 Subway Surfers is a classic endless parkour game and your goal is to help Jake, Tricky and Fresh escape the grumpy inspector, his dog, and oncoming trains.

1. A parkour game similar to Super Mario eating gold coins all the way. Friends Bonus feature where you connect to Facebook, brag to your friends about your score, and your friends will earn the free coins from you. Besides, you can choose the Daily challenge in a limited time and collect 500 coins after completing it.

2. Players need to have agile reaction ability, avoid train obstacles, eat more gold coins, and reach the destination. Basically, there are three tracks and you have to cross the obstacles until the tracks appear. When you are parkouring, be sure to pay attention to subways in front of the track, you must change the track to parkour if there is one. Sometimes, the subway keeps still, while it will be in operation during your journey. Players may pass various blocks, buildings even restaurants.

1. The player plays as Jack, surfing on the subway and trying to escape the grumpy inspector and his dog. In this endless running game, players need to avoid trains, trams, and obstacles as much as possible. Collect coins to unlock energy boosts and special equipment, which will help you go further in Subway Surfers every time. In addition, coins can be used to unlock different characters and chessboards. With keys, players can customize their characters and upgrade hoverboards with special functions. Don't forget to complete the rewards, because they will give you the key. In "MyTour", you can collect rewards by completing daily word searches.  It is still one of the most popular online games! Players must run as fast as they can! And they need to avoid the oncoming train!

2. You play this game on Poki by using your keyboard: Pressing the “left/right” arrow means you can move left/right. If you press the “Up” arrow, you can jump. For the “Down” arrow, it refers to “Roll”. And pressing the Space means you activate the hoverboard.

3. In parkour games, the most common setting is generally to be chased and killed. At this time, "Subway Surfers" has made some changes: the protagonist of the game, Jake, is a young man who likes street culture. He suffered the chase of the conductor because he made graffiti on the train. From choices that matter survival and death to small pranks, this is the first place in game innovation.

3. "Subway Surfer" allows players to parkour in three spaces by setting up trains and props. The first space is ordinary ground, which is no different from other parkour games. The second space is the top of the train, and players can parkour on the top of the train by opening the carriage The third space can be realized by props, and the player will travel in the sky fly. In this way, the playability of the game has risen to a higher level, which has opened the distance from general parkour.

4. The entire game is well-designed, and the color matching is unexpected. The skin color, clothes, and accessories of the characters are also eye-catching! Pictures and scenarios are mainly American street style, and the game uses a 3D stereoscopic perspective to make the picture richer. This game brings a better visual experience to the player. And the game scene is not static, there will be a different scene full of freshness each time you enter into the game.