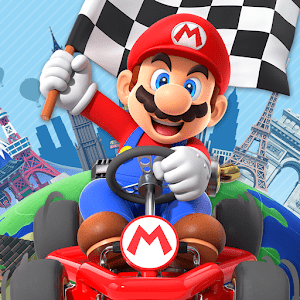 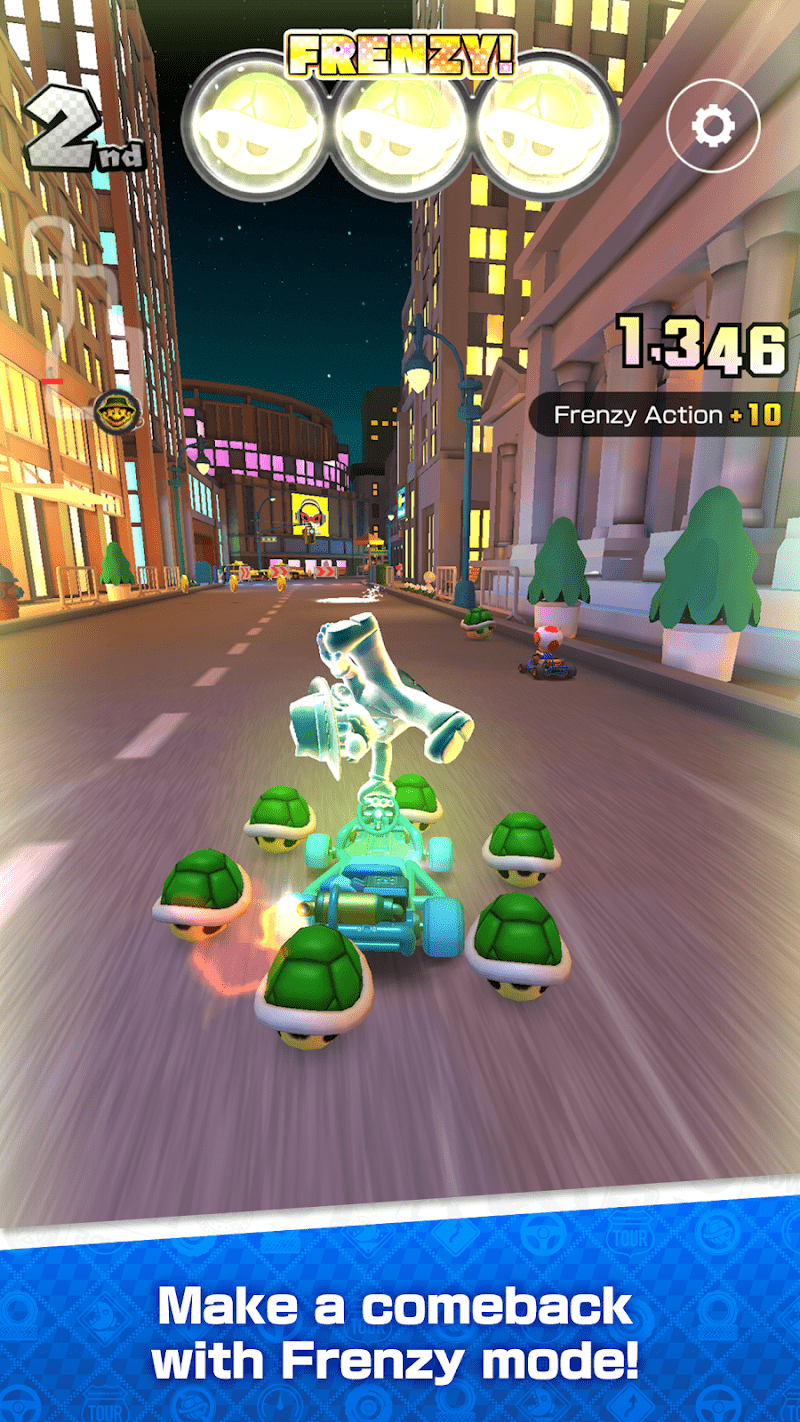 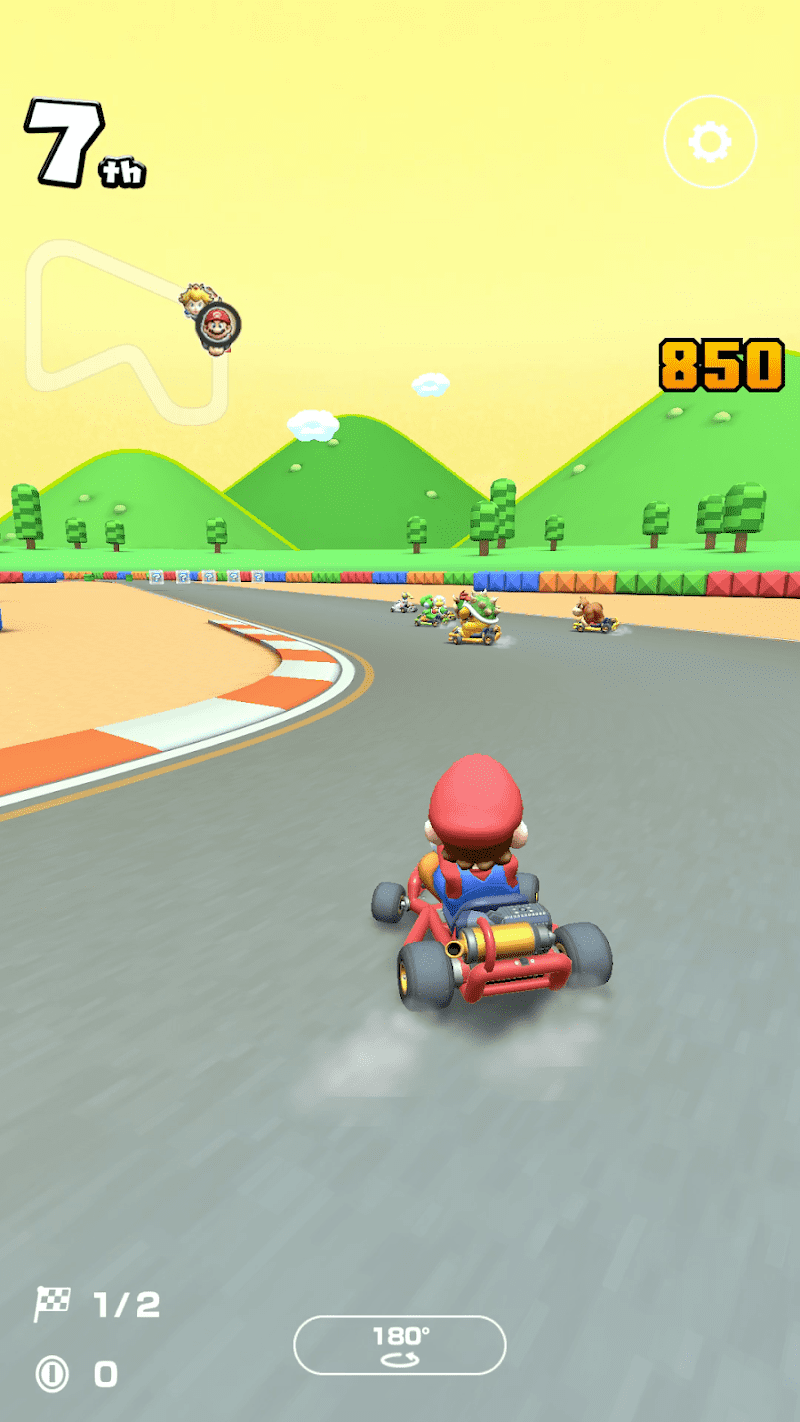 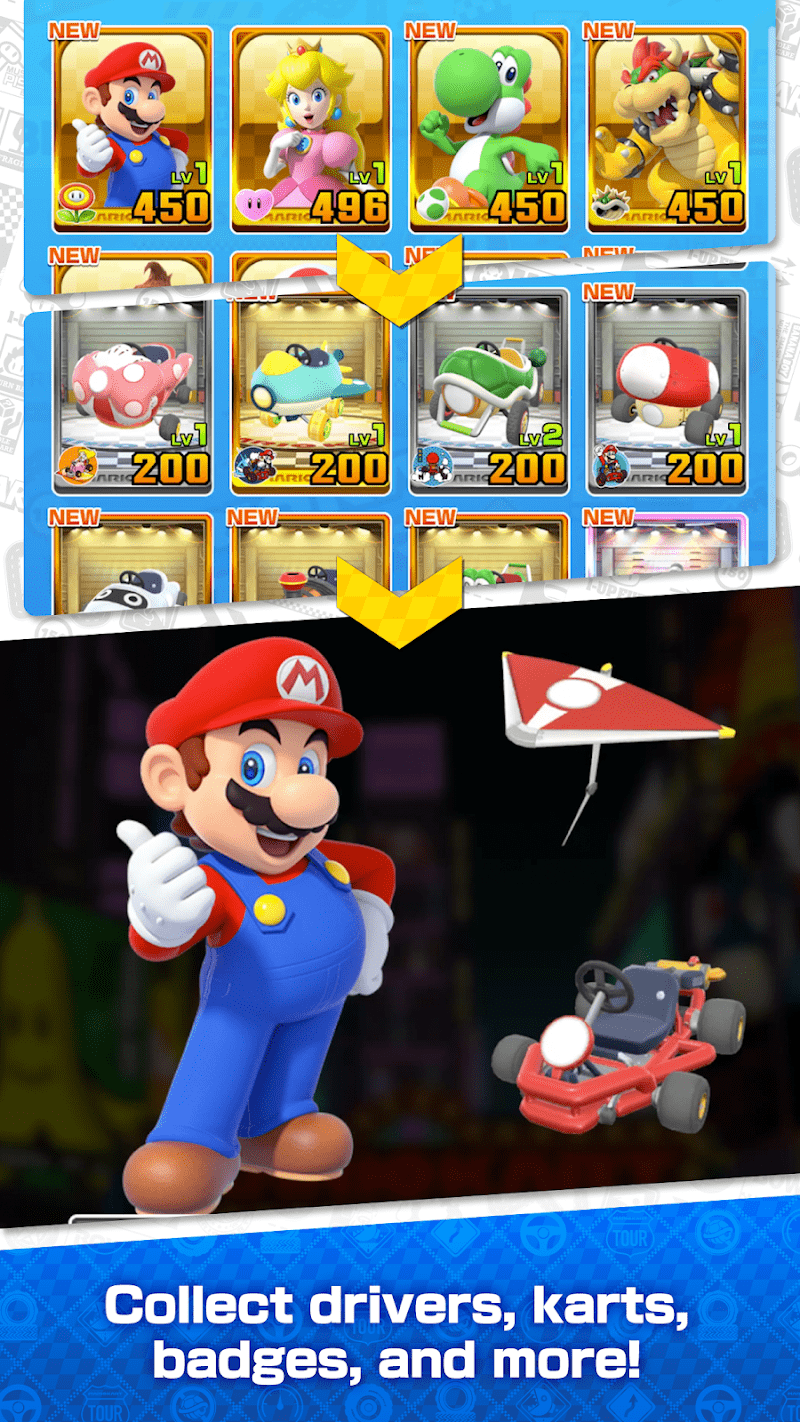 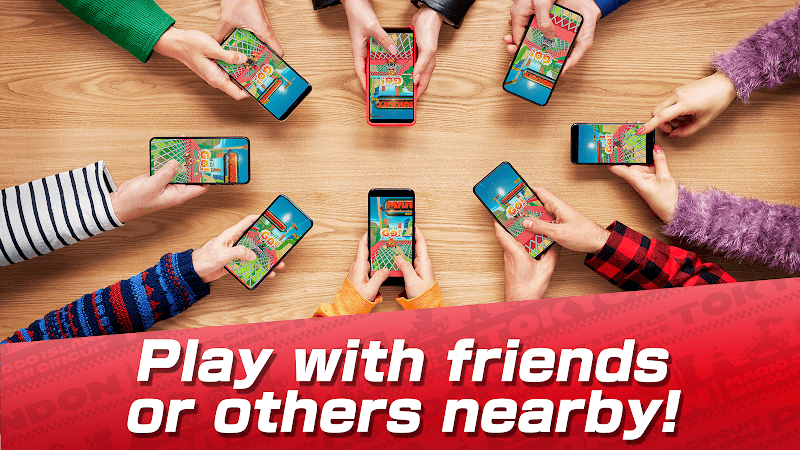 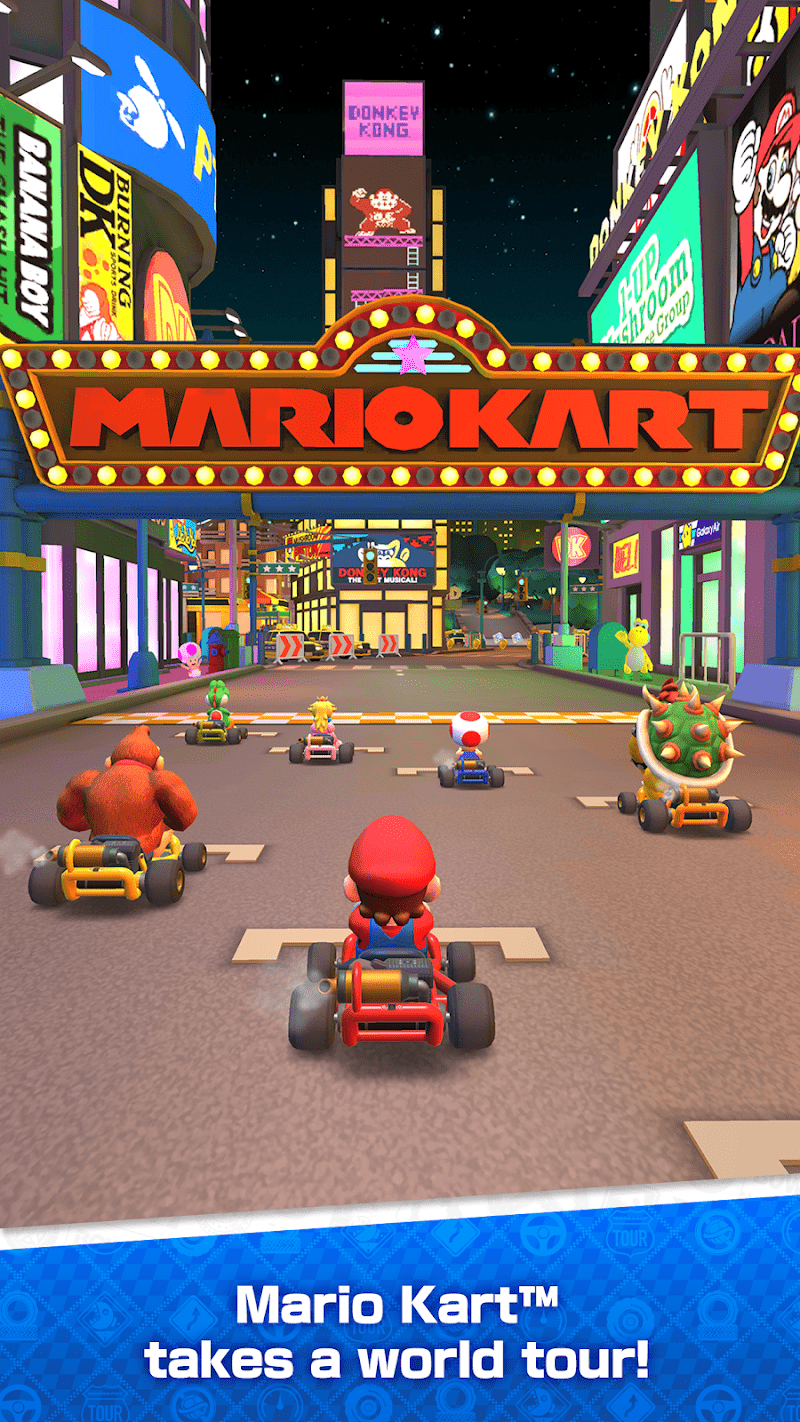 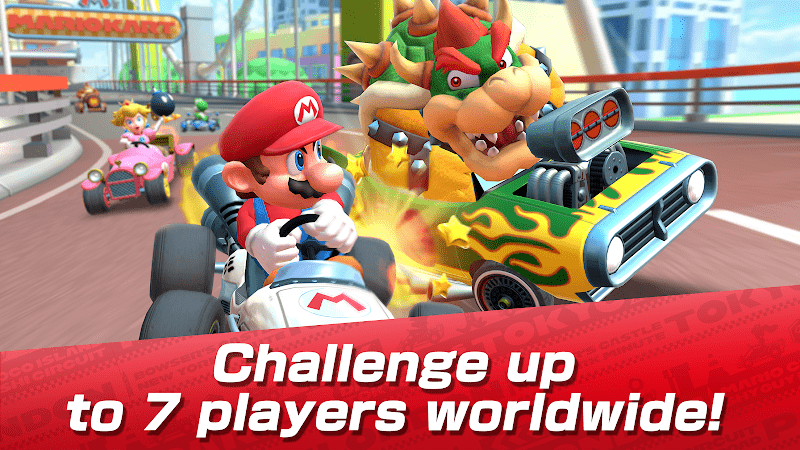 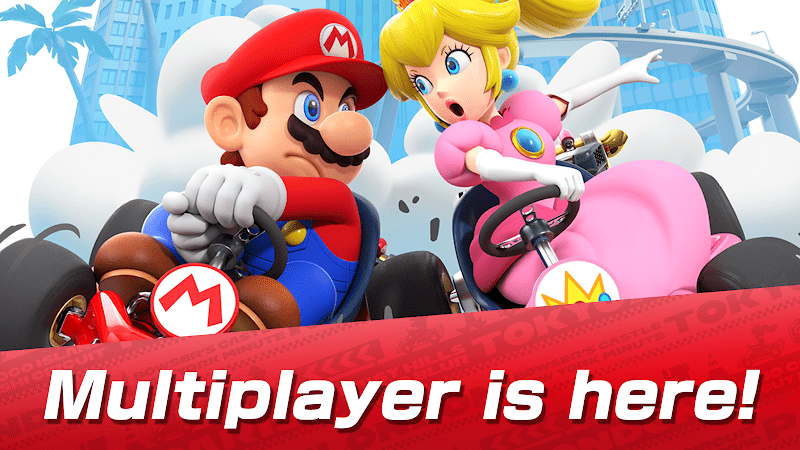 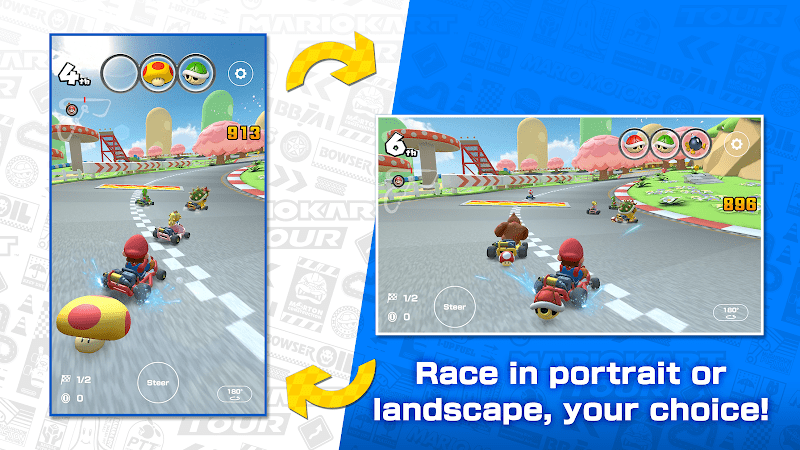 Mario, is everyone familiar? What if Mario and racing combine and become a mobile game? Doesn’t that sound tempting? An exciting match recommended by Nintendo Co., Ltd. The Mario Kart Tour. Mario Kart Tour is a Nintendo launched racing hand Tour, is the new horsepower OKART game! Mario and others in the world city as the racetrack theme! Travel the world on a two-week tour.

1. The rules of the game that should be familiar to all of you are regular karting. As a racing game, the Mario Kart Tour aims to beat all its competitors, and first, use items obtained through the unboxing to increase the player’s competitive advantage. The game is played on a vertical screen in which a finger is dragged to operate a go-kart. Unlike the other Mario Kart games in the series, karts will automatically accelerate. If a player gets too close, the system will automatically draw them away from walls and falling objects. The game uses Mario Kart 7’s taxiing mechanism, allowing players to glide the entire route as long as they are on a particular ramp and perform their tricks automatically. But unlike Mario 7 and 8, players can not customize the tires on their cars. In addition, this game does not reproduce bicycles, ATVs, anti-gravity training grounds, and 12-man races.

2. Each time a player finishes a game, they get a superstar and ruby, the game’s premium currency. Rubies are used to buy pipes that randomly fire off pilots, go-karts, or gliders, all of which have their rarity. Every racer, go-kart, and glider has a favorite route, and if you use them on a particular track, they bring many benefits. For example, a character driving in a first-choice class might get extra items for each “Item box.”. One new mechanism is the crazy pattern, which can be achieved by collecting three identical objects. When activated, it makes the car invincible and supplies the item indefinitely for some time. The more roles, the more money, the more top courses. In addition, the characters have unique items that belong to them.

3. There are currently 34 playable characters on the Mario Kart Tour. When the game starts, players will begin with Toad, Toadette, or Peachette. Unlike other Mario cars in the game, there is no weight level between the characters, but the rarity of unlocking them is sorted by opening a random green pipe with rubies. There are three levels of rarity: ordinary, super, and high-end. Regular characters are easier to unlock; rare characters have more starting points, higher top speeds, higher earning rates, potential access to medium-race weapons and items, and preferred routes. Players will receive a random super-class character bonus when they clear the tutorial.

4. You can play against up to seven other players, whether they are registered in-game friends, nearby, or scattered worldwide. Multiplayer races can be customized using various rules, such as individual or team races, go-kart speeds, and item bar counts. With the Mario Kart Tour, you have access to a robust inventory of items that can be mixed and used on the track! By activating the new Crazy Mode to increase the heat, it can provide an unlimited supply of specific items so that you can stay invincible! Please make the most of the chaos that comes with it because crazy mode only lasts a short time!

Overall, it is a game worth playing but also requires players to have a certain level of proficiency. In the ranking and the world’s players and friends to compete!

In a league table that competes for high scores, players from all over the world will compete against each other rather than seeing who has the highest total score on a given track. Strive for a better place and advance to a higher league level.