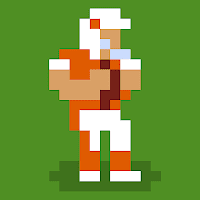 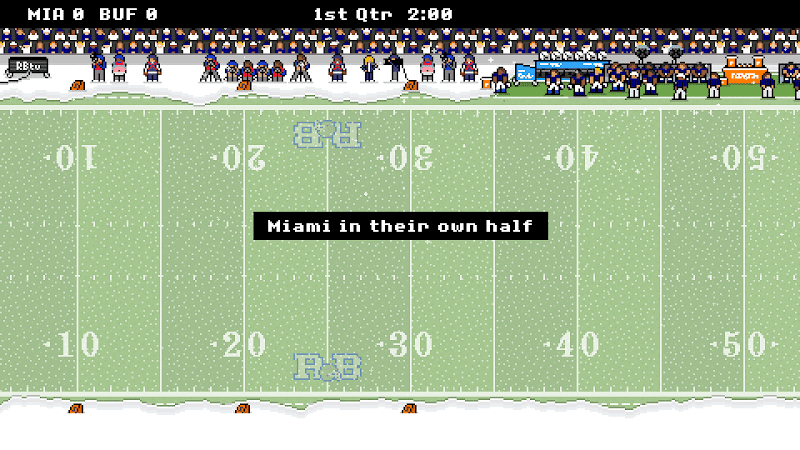 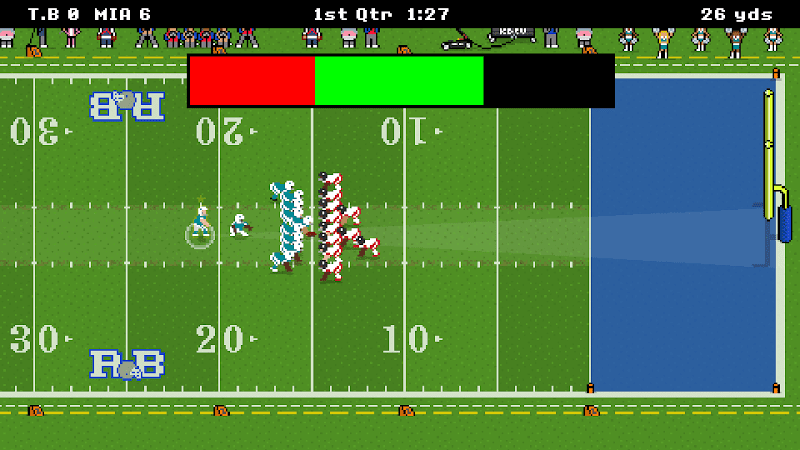 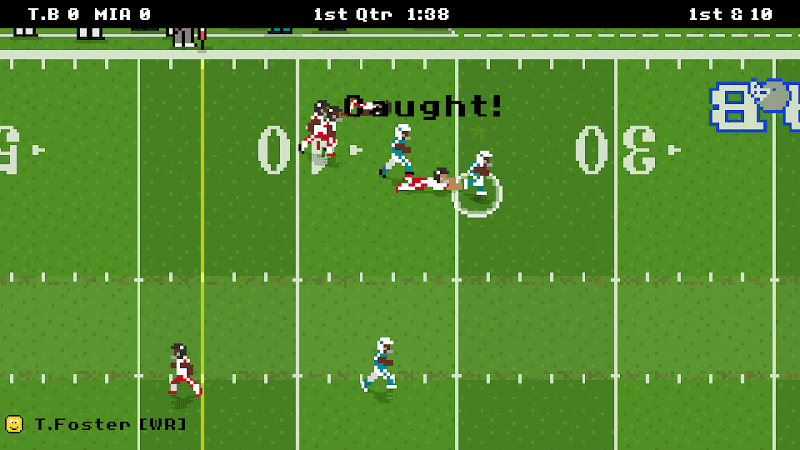 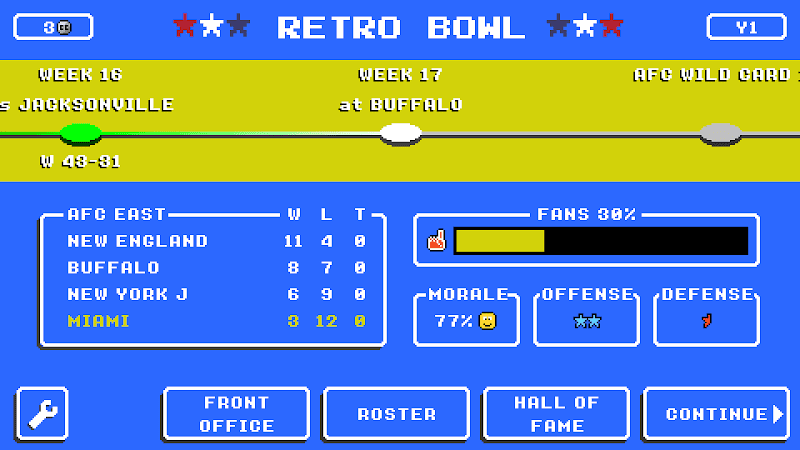 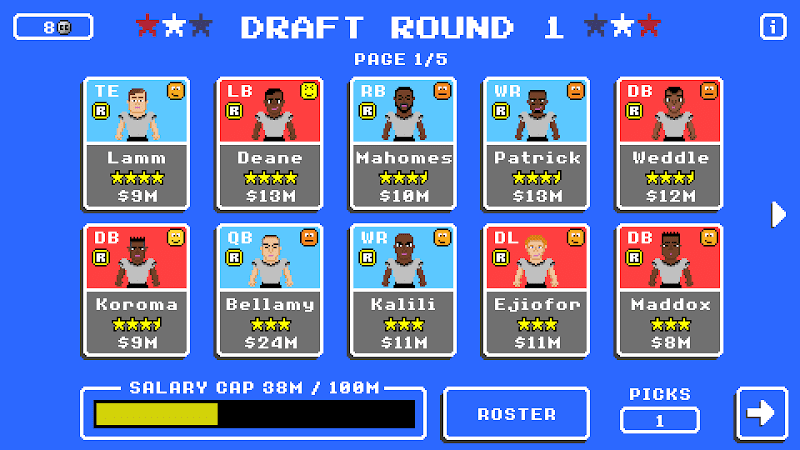 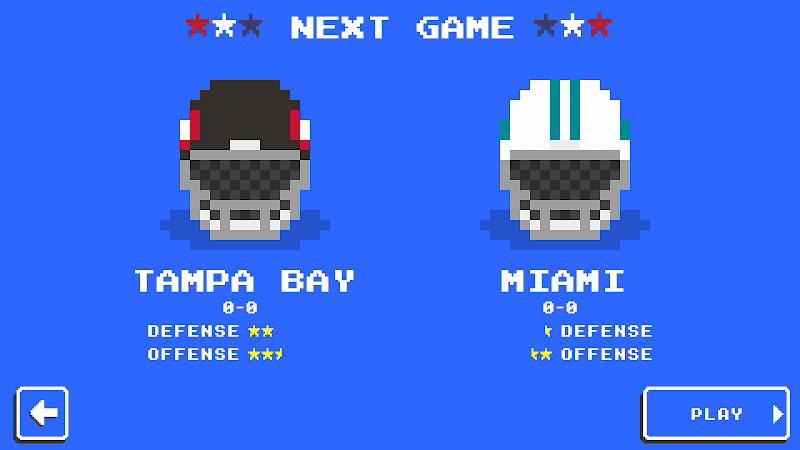 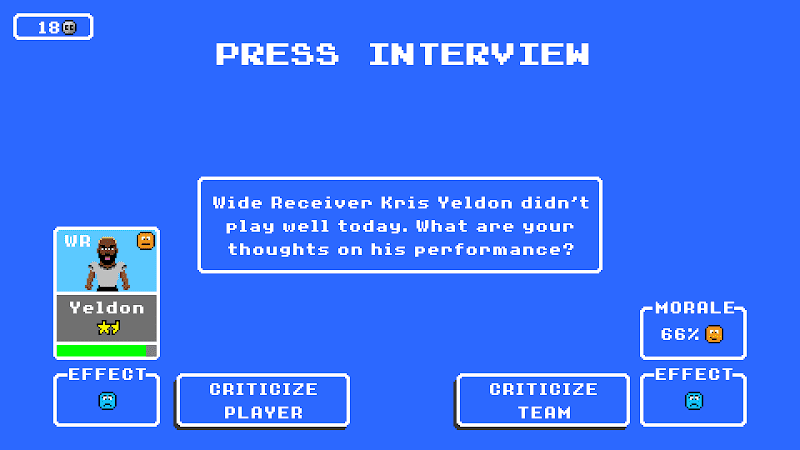 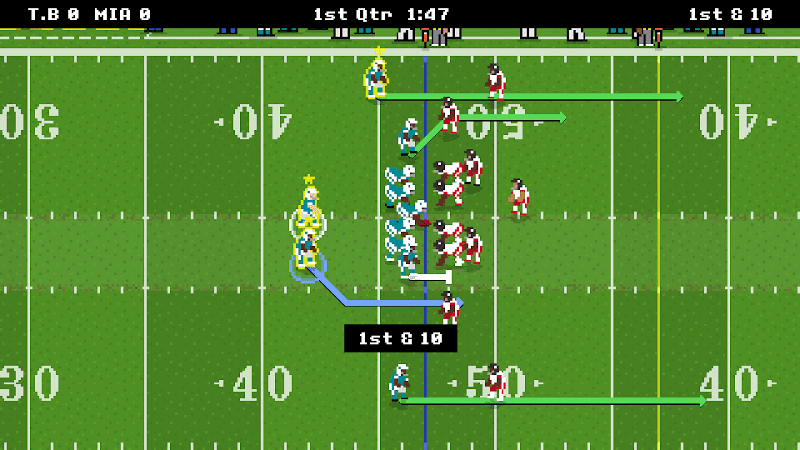 Retro Bowl is a fantastic sports game. The theme is football which gain popularity for decades. There are a large number of levels for players to challenge in the game. It is simple and fun to play, and it is very convenient to pick up for novice learners. Those football lovers and sports fans, hurry up and kick a start.

1. Give full play to your strategic skills! Players can coach their team, as the general lines up troops, and experience the fun of coaching and controlling the overall situation. The game may seem to be simple, but to win, you need to integrate multiple strategies in one competition. In the background of the retro picture, leaders carefully layout and upgrade the tactics to enhance the player's strength.

2. Lead the team to the championship! Through game skills, players can lead their team to sprint to the Champions League, fight for victory in rugby matches, and get high scores to lead the team forward.

3. The combination of tradition and modernity. Once you open the app, you may feel that you have got time travel! Suitable for players of all ages, with rugby as the theme, combined with traditional arcade gameplay, subverting your perception of sports.

4. Embarking on the road of promoting thinking skills, finger touching, and moving skills. The easy-to-use game-playing modes make it easy to get started and you can enjoy the extreme fun of the game. In addition to the strategy part I mentioned, you also need to use your finger flexibly to click and complete the game.

1. The UI design is so exquisite since a new pixel style design makes it unique from other mobile games nowadays. You can collect the gold coins obtained by defeating your opponents to unlock more cool character skins! Many changing scenes and the top stadium allow you to experience the ultimate football competition.

2. Players need to recruit other players as team members and improve the strength of their teammates in training. As the scores increase in the game, the team will also ladder to the Super League and compete with many strong ones. According to the rules of the points system, whoever wants to win has to get enough training and strategic vision. The best part of this game is the adaptive mechanism. For example, if I gain higher scores, then it gets harder. However, if I lose, it'll get easier. Damn cool, ha?

3. There will even be press conferences. To easily vote for managers and coaches, we will have to deal with them. In other words, the simulator we are facing has far more features than those retro menus that look like the colours of a few years ago.

4. With only one dollar you can unlock the full version and enjoy a no-ad game experience. This game is more than other bowl games, with the fun and updating features, you may get addicted to it and play for several hours. That’s what I did! If you do take an interest in a fan gameplay franchise mode, team grouping, league customization, you will be obsessed with it.