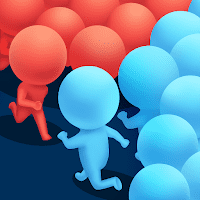 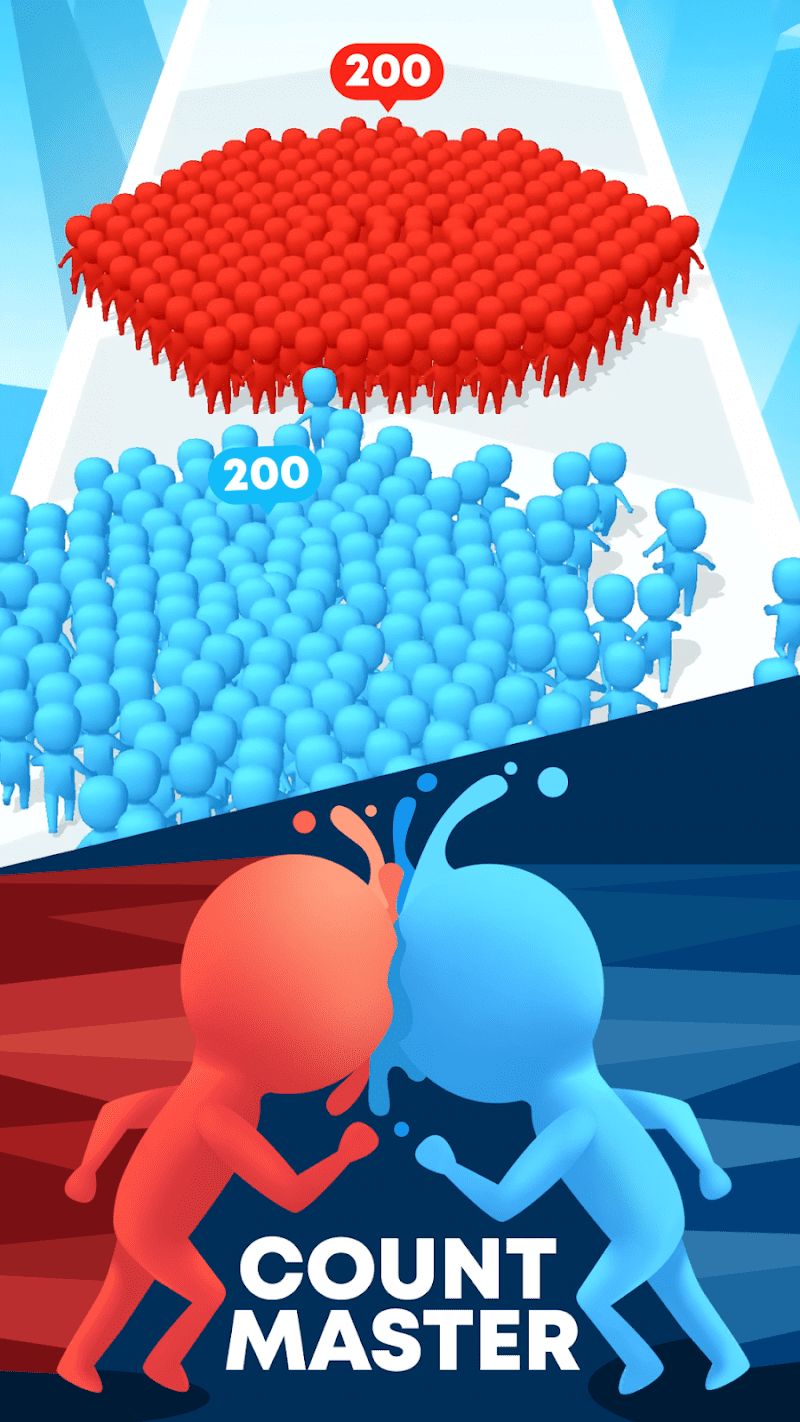 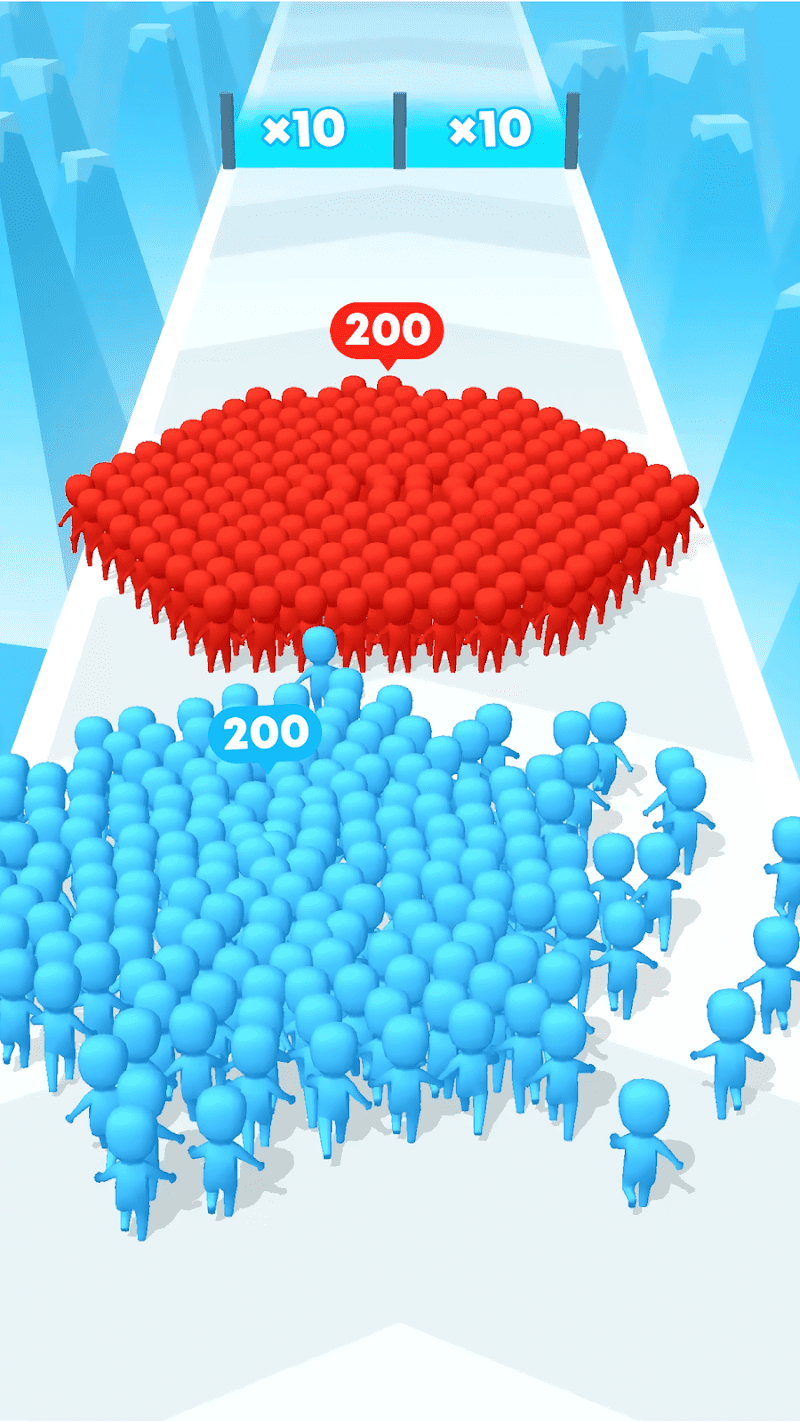 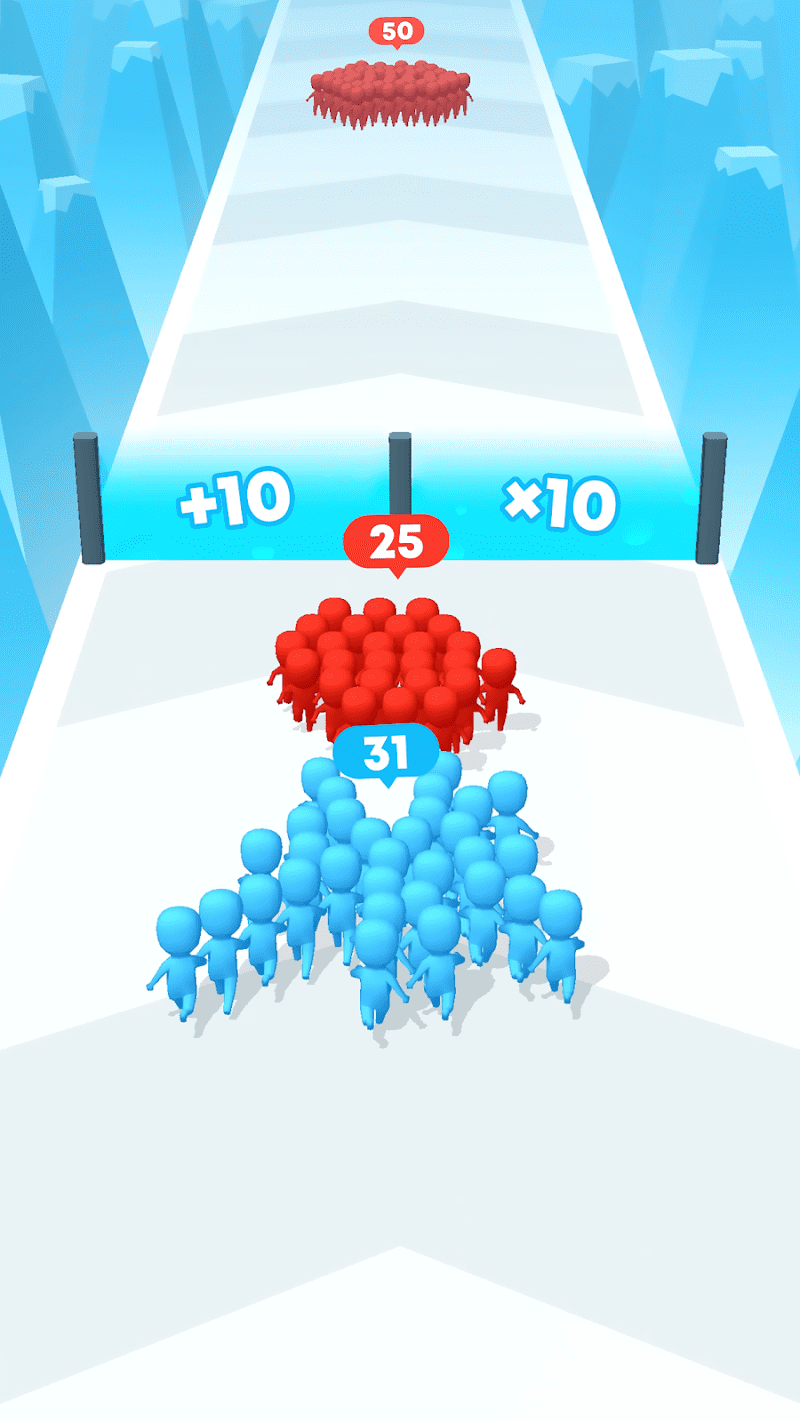 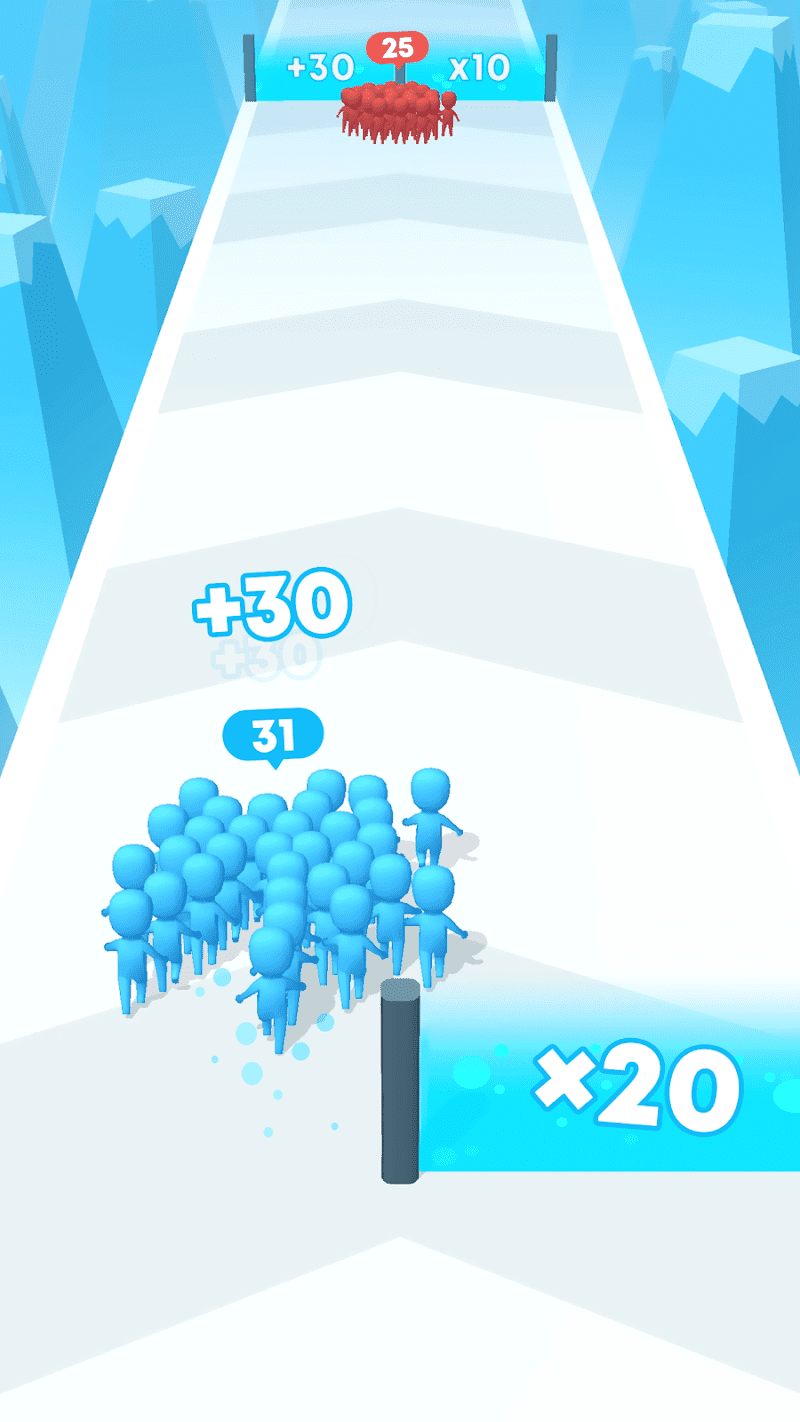 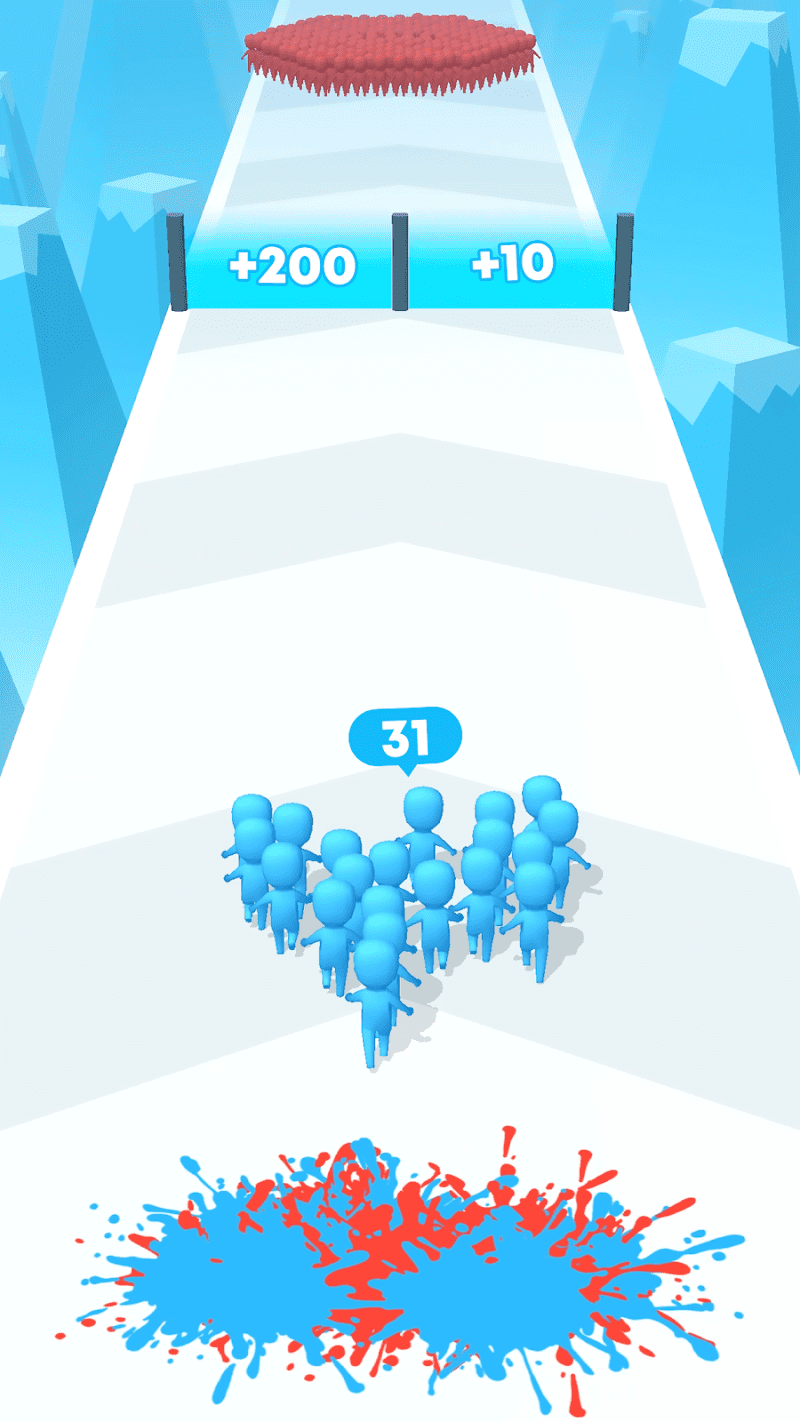 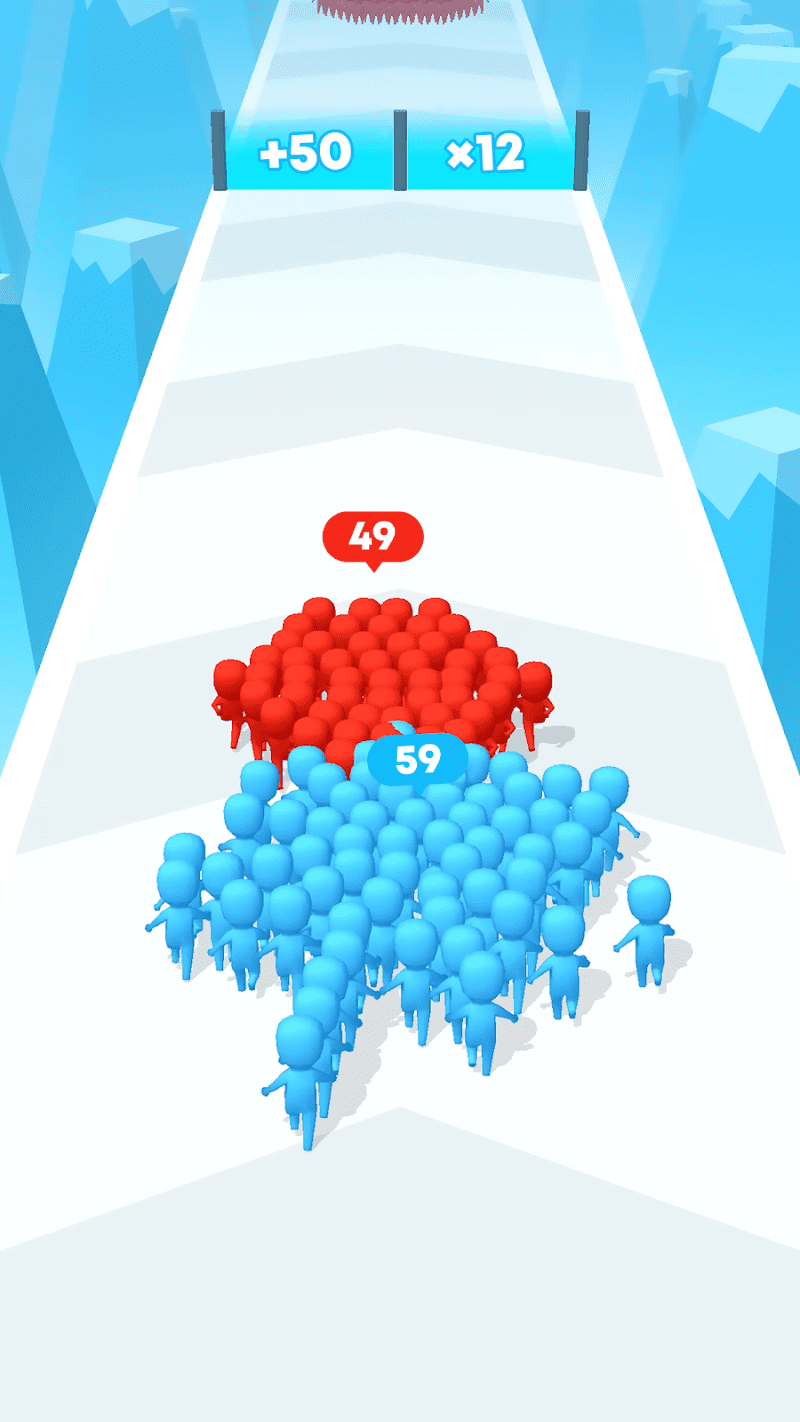 It is a free and exciting mobile game based on the puzzle-themed parkour and was launched by Freeplay Inc.

1. Players need to choose the right door in the game to get the corresponding number of people to compete with their opponents. The rhythm of the picture music makes you have to try again and again without stopping.

2. Fight against bosses of different levels, such as monsters of several times the size, and stairs with different points for players. This kind of game mechanism stimulates people's desire to win.

1. The gameplay of "Count Masters" can be described as a combination of hand and brain. Players need to control the stickman to move forward while choosing the route that maximizes the number of stickmen. Players need to avoid various obstacles and choose the best route at the same time, which directly exercises the ability of the player's hands, eyes, and brain. Simple operation modes, interesting gameplay, rich interaction, and the game setting of both hands and brains make the seemingly simple parkour game gives the player a richer experience.

2. The pictures and UI design of "Count Masters" are quite satisfactory. The color is so bright and the character modeling is simple. Players can see the refreshing color matching, randomly changing color applications, and seemingly casual, but actually stressful gaming experience. There is no doubt that players become obsessed with it. Of course, in addition to the common parkour gameplay, players will also come across the huge bosses of various shapes and mighty, and majestic single-generation tall castles at the end of the level. Only by knocking down the boss can they pass the current level.

3. Although it is rated as a fun game, some players have complaints about its lagging and there are too many ads, indeed. But as your levels advance, it becomes difficult to continue playing with the hope of skill determining if you will pass a level. A great time-killer for all players

4. If you are a parkour game enthusiast or player who has a special liking for puzzle games and a fan of fusion gameplay, then please come and have a try. I love this game since you can promote your calculating and athletic ability! Red and blue as the main colors and they contrast so vividly, you will not be dazzled by the rich colors. All in all, a relaxing game that is suitable for players under the pressure and kills time. You can invite friends and play with children. If you are looking for some fun and thrill? Then this 3D running game is just for you.