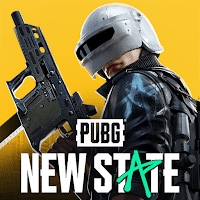 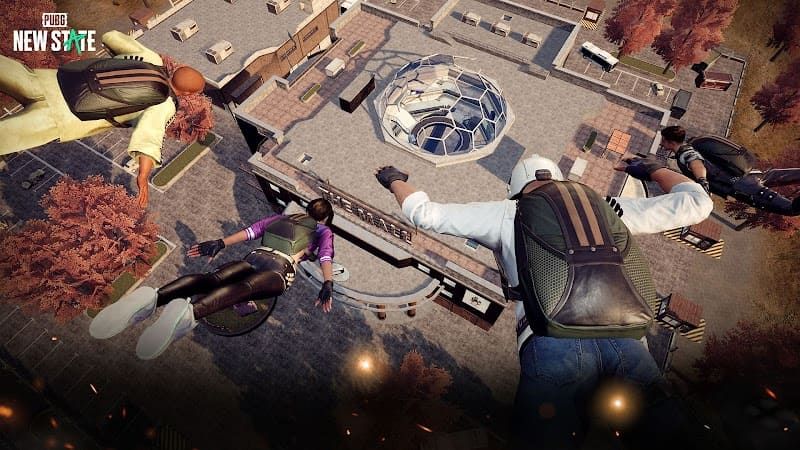 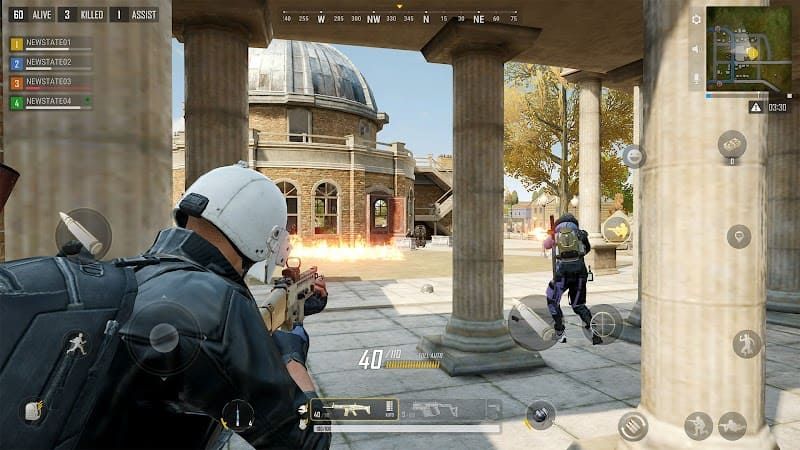 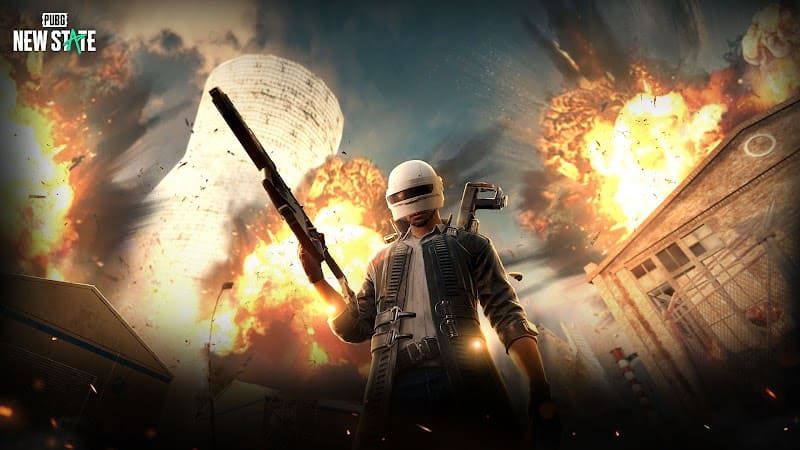 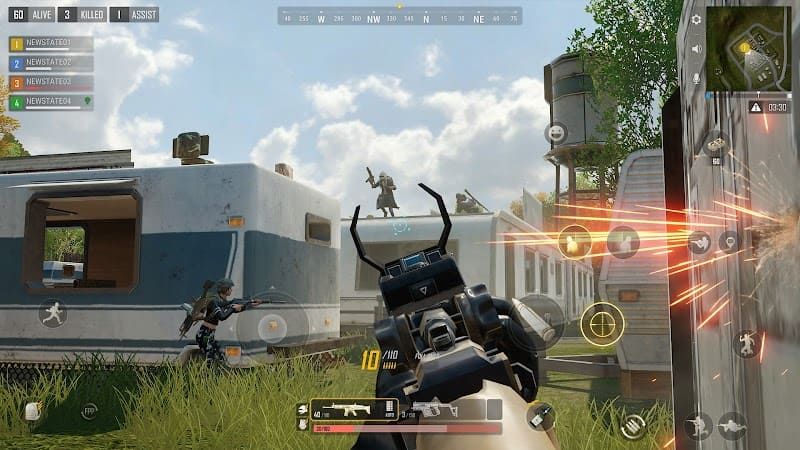 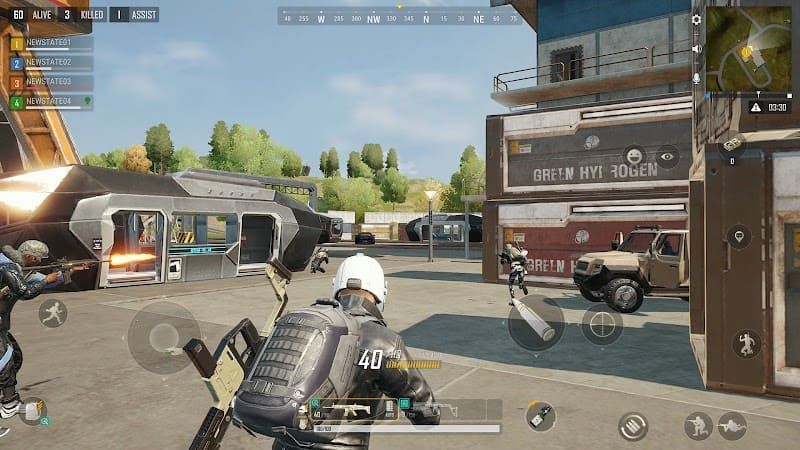 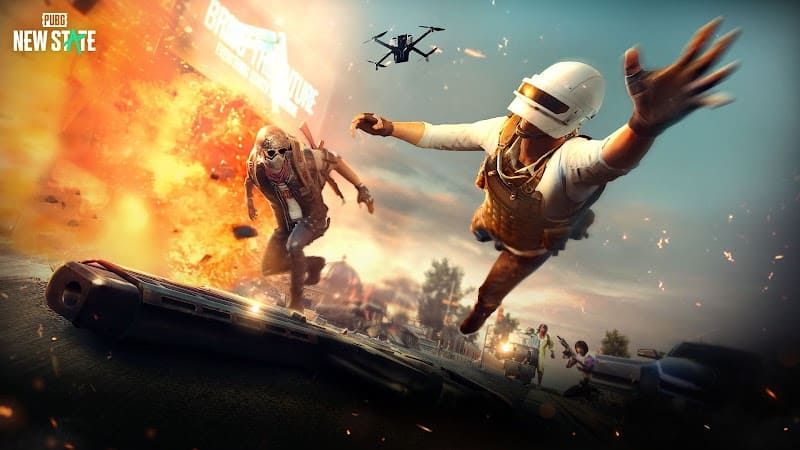 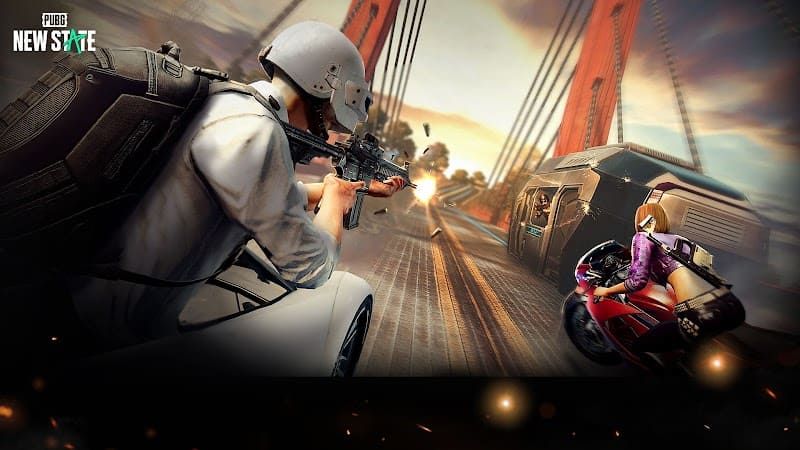 It is a brand new PUBG game with multi-players and only one team can live from battle royale. Within the first day of its launch, PUBG: New State has received an impressive 1 million downloads worldwide and could be regarded as one of the most iconic escape games in game history.

1、The best part about multiplayer games is playing with friends. Players can develop their skills in this game and gain a sense of accomplishment in team strategic deployment. You can add as many friends as you want, but keep in mind that you can only team up with up to three other players at a time.

2、PUBG New State is based on future technology. But its game principle is the same as PUBG Mobile. A hundred players will land on the 8km X 8km map called Tori, fight and defeat their opponents in many places for players to explore, including city halls, restaurants, and shopping malls. They can defeat the enemy with high-tech weapons such as ballistic shields and drones. This is completely different from PUBG Mobile and takes the game to a new level. Its ultra-realistic graphics provide users with a natural feeling and experience. Players are at peril at any time so they have to devote themselves to the game.

3、Customize your weapons. Players can customize their weapons according to their needs. They must collect custom kits from various places in the game and can customize their weapons. These toolkits can help players convert weapons to beast mode and defeat them more easily by shooting. You can modify the weapon according to your needs to improve the performance of the weapon; the shooting mode selection can also add the grenade launcher accessory.

The timeline has come to 2051. At this time, the development of science and technology and the struggle for survival in the wilderness have reached an unprecedented level. In PUBG: NEW STATE, 100 players will use various weapons and strategies to fight until only one team is left. The New State is to promote the development of the battle royale genre through original game features including but not limited to weapon customization, drone shops, and a unique player recruitment system.

Take advantage of equipment, vehicles, and consumables to survive on the shrinking battlefield and become the "last standing man".

In terms of price, the game is free. However, like its predecessor, PUBG: New State is full of in-app purchases that can be purchased, such as skins, weapons, and future expansions.

Such a popular game, why don’t you have a try and enjoy it with your friends?